Recently, the Vegas Golden Knights announced that the expansion franchise may begin their inaugural season without a captain. GM George McPhee stated, “We may be better off just having a leadership group than naming one guy captain.”

These days, it’s not uncommon for teams to compete without a player donning the “C”. This past year, Carolina and Toronto opted for a collection of alternate captains, instead of naming a captain. In fact, Mike Babcock just revealed that the Maple Leafs would not have a captain this year either. In addition, teams often hand out another “A”—rather than temporarily give someone else the “C”—when their captain gets hurt and expected to miss time.

Regardless, every team should have a captain every game. This used to be the case and should be moving forward.

Let’s say a team without a captain makes it to the Stanley Cup Finals and ultimately wins the series. Who accepts the trophy from Gary Bettman? Presumably one of the alternate captains. But which one?

During the 2014 Stanley Cup Finals, the New York Rangers played with three alternates, Dan Girardi, Brad Richards, and Marc Staal, after trading captain Ryan Callahan for Martin St. Louis. If the team had won it all, they supposedly knew who of the three would be the one to accept the Stanley Cup from the commissioner and initially hoist it. So why not give that person the “C”? 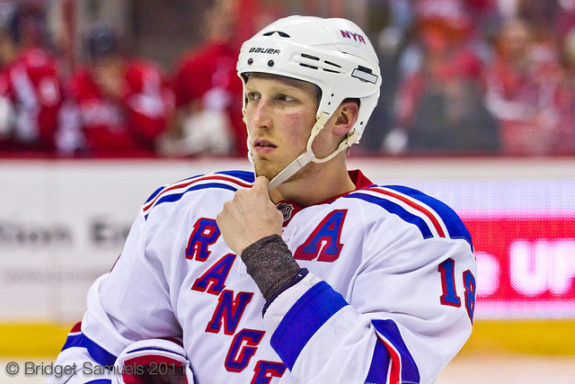 It’s a great NHL tradition – the captain and leader of the winning team accepts the prestigious trophy on behalf of his team and shares the glory with the fanbase. It’s always the captain, unlike other sports where an owner, coach, or top player receives the trophy first. Having to choose which alternate accepts the Stanley Cup waters down the celebration. Instead of having a victorious king take the throne, it would be like having three generals decide who gets to fill the void temporarily.

Conferring With the Referees

When it’s time for the referees to have a discussion on the ice, NHL rules state that only players sporting an “A” or a “C” may be present for the conversation, with the captain always being the first choice. This is part of the reason why goalies cannot be a team’s captain.

Why not just limit it to the captains? And if a captain cannot attend the meeting (serving a penalty, being injured or ejected), then allow an alternate to take their spot. Let the leader be the intermediary between the referees and the rest of the team. They sport the letter for a reason; let them act on behalf of the team.

If the captain is out of the lineup, then name a new captain to fill the role. The injured captain shouldn’t be yelling down from the press box at the ref (or should he?).

Not All Teams Have True “Leaders”

Mark Messier, Jonathan Toews, Sidney Crosby, Steve Yzerman, and Joe Sakic were or are true leaders and rightfully don/ned the “C”. Not every team is fortunate enough to have a selfless warrior on their roster with leadership skills. That’s okay. People can develop that skill set. 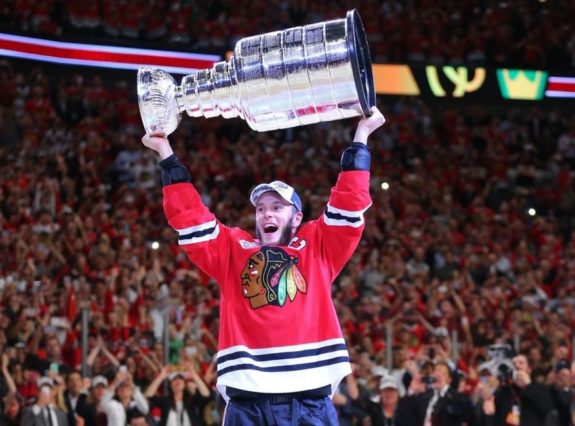 In the past, some teams had odd choices for captains from a fan’s perspective. Chris Clark served as the Washington Capitals’ captain before Alex Ovechkin. Both Jeff Odgers and Todd Gill served as the San Jose Sharks’ captain in the 1990s. Minnesota even rotated captains on a monthly basis for a period of time. But if you asked players in those locker rooms, there’s a good chance that they respected the leadership of those players even if they weren’t the most well-rounded NHLers.

So if a team does not have a captain or if the present captain is injured, why not give the letter to someone new for a period of time? They can use the opportunity to become better leaders, which would help the team in the long run. The new captain could be a rising player who already has an “A” or a respected veteran. There is a precedent for this.

You may not believe it, but some of the game’s most prolific captains have lent the “C” to teammates when they were out of the lineup. In Detroit, Gerard Gallant was the Red Wings’ captain when Yzerman was injured in the late 80s. When Yzerman returned to game action, he was given back the captaincy and Gallant sported the “A” that he had worn previously.

The same thing was done by the Pittsburgh Penguins when Mario Lemieux was hurt or recovering from Hodgkin’s lymphoma. John Cullen was named captain when Lemieux was out during the 1990-91 season. Later, the player that Cullen was eventually traded for, Ron Francis became captain when Lemieux sat out for the shortened 1994-95 campaign. After Lemieux retired following the 1996-97 season, Francis became Pittsburgh’s full-time captain. 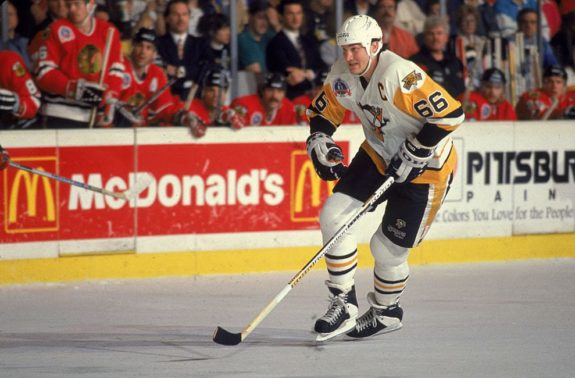 This should be the norm today. If Toews cannot play for Chicago, let Duncan Keith be captain and name a new alternate captain. Niklas Kronwall should be Detroit’s captain if Henrik Zetterberg has to miss time. And let Evgeni Malkin don the “C” in Pittsburgh if Crosby is out of the lineup.

The common rebuttal to the debate as to who should be a team’s captain is often, “What does it matter who’s captain? Everyone should be a leader regardless of whether or not they wear isn’t on their jersey.” That’s true, everyone should have leadership qualities.

But when the game is on the line, certain players step up in the locker room and on the ice. Additionally, some NHLers execute their team’s strategy to perfection in all zones and situations, making them a role model for teammates. NHL teams should recognize these players for their efforts. These players deserve the “C” if no one is presently wearing it.