I remember the hit.

I was 11 years old when Patrice Bergeron was thrown into the end boards by the Philadelphia Flyers’ Randy Jones. The way his head was crunched between Jones and the glass, his body motionless on the ice, eventually being wheeled out on the stretcher – all of it sends shivers down my spine, even today. Growing up a short drive down I-93 from Boston, I have watched the Boston Bruins throughout my life. It was one of the most brutal Bruins injuries I can remember – only rivaled by Matt Cooke’s hit on Marc Savard and Aaron Rome’s hit on Nathan Horton. 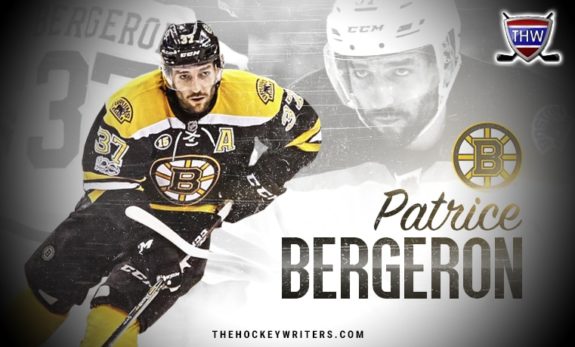 Bergeron was sidelined for the remainder of the 2007-08 season after appearing in just 10 games. He had combined for 143 points the two seasons prior, giving everyone the impression that he was a very promising young forward – so promising that he may just lead the Bruins to a Stanley Cup one day. Everyone anticipated another strong performance from No. 37 in the following campaign. However, his 2007-08 season was cut short by the injuries he sustained.

The way it looked, there were murmurs of the hit forcing Bergeron to end his career. When he was seen unconscious on the ice, many feared the worst: that Bergeron had been paralyzed. Luckily, the centerman had “only” suffered a concussion and broken nose – almost a flesh wound compared to what could have been. He was just 22 years old when he suffered the injury – the same age I currently am while typing this piece. It took Bergeron nearly a full year, but he returned for the 2008-09 campaign. Fortunately, he made a full recovery.

He put up 39 points that season in 64 games – a solid return considering the circumstances. In the 2009-10 season, Bergeron nabbed 52 points in 73 games. Though he has never matched his career-high of 73 points reached during his sophomore season, the then 24-year-old was just beginning to be recognized for another one of his attributes: his two-way game.

During the 2009-10 and 2010-11 seasons, Bergeron earned his way into the Selke Trophy conversation – an award annually handed out to the best two-way forward in the league. To take home the honor, a forward must contribute heavily in his own zone but still maintain a steady flow of offensive production.

Bergeron’s point total across those two seasons was 109 thanks to 41 goals and 68 helpers. He blocked 101 shots and racked up 103 takeaways during that span, becoming one of the team’s most-trusted penalty killers in the process. While he was not yet a Selke finalist, Bergeron was certainly turning heads.

Despite constantly displaying effort in front of his own goaltender, Bergeron has been a consistent threat in the offensive zone throughout his career. From his return to action in the 2008-09 season until the end of the 2017-18 campaign, the centerman inked 217 goals and 328 assists 742 games. This season, while centering proven goal-scorers in Brad Marchand and David Pastrnak, Bergeron is well over a point-per-game.

The alternate captain took home his first Selke Trophy at the age of 26 following the 2011-12 season. Since then, Bergeron has been a finalist every year and has been granted the honor more times than not. Following the 2016-17 season, Bergeron tied Bob Gainey’s record of four Selke wins. 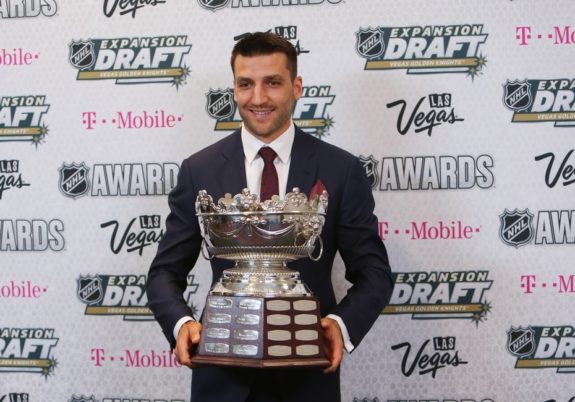 When Bergeron embarks on a quest for a 50/50 puck, he usually comes out on the winning end. He has always taken the cake in the faceoff circle, consistently pushing or achieving a 60-percent success rate at the dot every season.

Growing up watching Bergeron’s two-way game was something special; it gave me a whole new perspective of how the game ought to be played. Elite goal-scorers are fun to watch, but without every player chipping in defensively, a team will likely not claim hockey’s ultimate prize. Bergeron has gone much further than chipping in defensively – he has led the charge.

There’s a difference between being a great regular-season player and being a great player. Bergeron is the latter thanks to clutch and consistently strong playoff performances. The centerman has potted 31 goals and 55 assists in 112 career postseason appearances.

In key situations, you want Bergeron on the ice, and it’s safe to say his coaches agree: he seems to be out there for nearly every game-changing shift, especially in the postseason. Throughout his playoff career, No. 37 has potted three overtime goals – the most memorable being the Game 7 stunner against the Toronto Maple Leafs in 2013. However, it is often forgotten that the centerman also scored the game-tying goal with 50 seconds left in regulation. 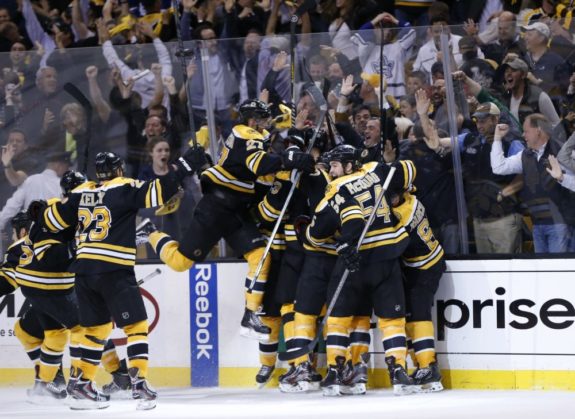 The Boston Bruins defeated the Toronto Maple Leafs in Game 7 of their 2013 playoff series thanks to an overtime goal from Patrice Bergeron. (Greg M. Cooper-USA TODAY Sports)

This playoff performance was a great example of a “classic Bergy moment” – a phrase that has been tossed around often in Boston over the years. Others include the injuries the Quebec native has played through. The most famous of these instances was the punctured lung the alternate captain endured during the 2013 Stanley Cup Final.

Bergeron credits his courage to watching former linemate Mark Recchi play through postseason injuries throughout his stint with the Bruins: “That showed me something,” Bergeron wrote in The Player’s Tribune. “It showed me what playoff hockey was really about — the sacrifices that need to be made.”

Throughout his career, Bergeron has potted 66 game-winning goals, playoffs included. On the road to Boston’s Stanley Cup win in 2011, he tallied six goals and 14 assists in 23 games. Time and time again Boston’s best player in the modern era has come up clutch.

Now at the age of 33, Bergeron is still at it. Regardless of his opponent, it has always felt that he is the best player on the ice. He may not have the speed of Connor McDavid, the shot of Alexander Ovechkin or the championships of Sidney Crosby. Yet Bergeron is arguably the most complete player in the NHL – he brings the entire package.

Something I’ve been thinking about a lot lately is that this legend’s time playing professional hockey is nearly up. For someone who has been a hockey fan throughout the 21st century, it’s hard to imagine a Bruins team without Bergeron – much like it’s hard for fans to imagine the Pittsburgh Penguins without Crosby or the Washington Capitals without Ovechkin. 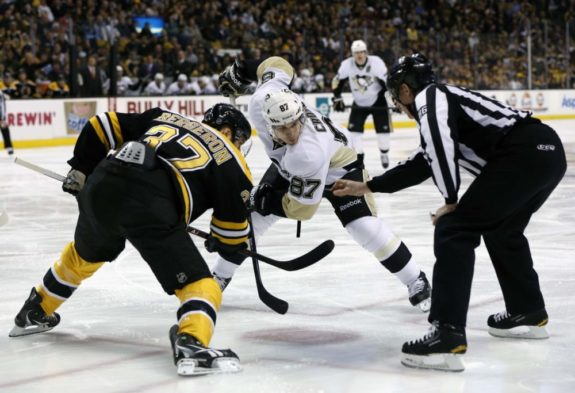 The thing is, I didn’t get to watch the legends of Boston’s past: every number that the organization has lifted to the rafters was before my time. Honestly, my only vivid memory of Ray Bourque was his Stanley Cup win with the Colorado Avalanche when I was four. Therefore, much like other Bruins fans my age, Bergeron has always been the guy. No other player throughout my childhood could possibly compare.

I feel fortunate to have grown up watching Bergeron play the game I love – over 1,000 times, in fact. He is the best Bruin of my generation, and I will continue to savor every one of his shifts before he hangs up the skates.