LEWISTON – The Pirates played their annual New Year’s Eve game at home Tuesday night, and came out on top against the Bridgeport Sound Tigers with a much needed 4-2 win to finish 2013. Captain Jordan Szwarz also returned to the Pirates lineup after being reassigned by the Phoenix Coyotes.

The last four goals of the game were unanswered, and scored by the Pirates, as they fought their way back from a two goal deficit and turned the tables on their opponent. Brett Hextall finished the second period with the first goal for the Pirates at 17:51, with assists from Lucas Lessio and Mathieu Brisebois.

The Pirates exploded in the third period, scoring two power play goals and an empty netter. The first of the power play goals was scored by captain Jordan Szwarz and assisted by Daine Todd and Andy Miele at 6:41. The second came from the stick of Lucas Lessio, assisted again by Todd and also by Brandon Gormley, both defensemen, at the 10:50 mark in the third. The final goal of the night was an empty netter by Brett Hextall, assisted by Jordan Martinook and Mathieu Brodeur with just about 30 seconds to go in the game, sealing the Pirates’ 4-2 victory over the Sound Tigers.

The sold out home crowd of about 3,700 took in the annual indoor fireworks display, celebrating the Pirates’ win, as well as the closing of 2013 and the promise of a more successful 2014. The Pirates are now 10th in the Eastern Conference, two places away from being one of the top eight teams in the conference. With half of the season left, things are actually starting to look up for the Pirates, who began the season flopping at last place in the east. Their record now stands at 13-11-1-4.

Check out the fireworks display below: 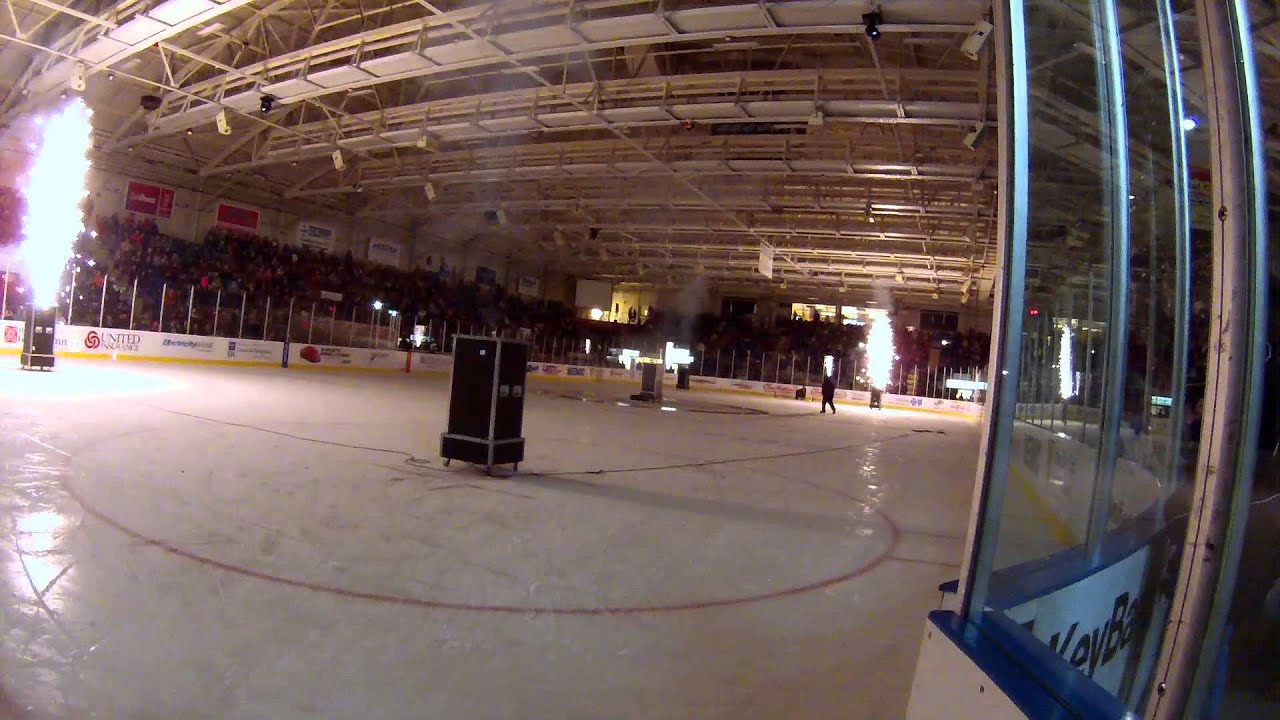 The team is headed off on about a week long trip to St. John’s Newfoundland to take on the IceCaps for three back-to-back games. Saturday’s game was rescheduled to Monday, January 6th, due to travel and weather reasons, meaning the Pirates and IceCaps will have three games in three days (Jan. 5th, 6th, 7th).

Stay tuned for an update on the three game series! Also, send me a tweet @smithwhitney or leave a comment – do you Pirates fans think the team has what it takes to tighten things up and make the playoffs by the end of this season, considering how they’ve been improving their record lately?