The Ottawa Senators are going through one of the most difficult stretches of their season, as they have lost four games in a row. Even after having five days of rest, they were unable to find the energy to get a win as they lost to the Washington Capitals 1-0 on Saturday night. They will face an Edmonton Oilers team that has earned 14 out of a possible 16 points in its last eight games.

The Oilers are also playing their second game in as many nights. As part of their road trip, they beat the New Jersey Devils 2-1 in overtime while having out-shot them 43-20. They will look to keep their strong momentum going against the Senators, who still may be feeling the effects of a week-long rest.

The Senators can count on the fact that they already beat the Oilers earlier this season in a 2-0 shutout win. That game was also significant as it was Craig Anderson’s emotional performance after learning of his wife’s cancer diagnosis. With Anderson still gone, Condon will look to bring some emotion in this game with Ottawa’s offence fading out.

1) During the Senators’ four-game losing streak, their offence has been lacking. They have scored the least amount of goals per game on average during that span, with the amount of goals-for decreasing each game, including none against the Capitals on Saturday. They will be in tough against the Oilers who have allowed a low average of 2.2 goals per game in their last 10 games. The Senators have been a good possession team during their losing streak, sporting a 53.11% CF stat. What they will need to do now is to find their way back into higher quality scoring areas, as lately they have been getting the bulk of their shots from more to the outside. 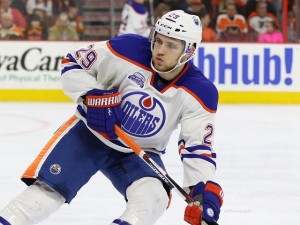 3) Pending late changes to the lineup, it is likely that both Cam Talbot and Mike Condon will both be in net for the second night in a row. This would be Condon’s seventh consecutive start, which could mean that the coaching staff as little to no faith in Matt O’Connor or Chris Driedger to play a couple of games to help the team win. Condon has been doing well despite the heavy workload, though his numbers have shown a drop lately. In his six straight starts, he has a .908 save percentage  and a 2.33 goals against average.

4) Erik Karlsson has not been getting the results offensively in his last 11 games as he only has five assists during that span, but is still among the team’s top players in other aspects of the game. The team’s captain is third in blocked shots, second in takeaways and sixth in possession. Karlsson is also leading in time on ice with an average of 27:05, over three minutes more than the next Senator, Cody Ceci. It will be a matter of him and the rest of the team to find their way back onto the score sheet more consistently. 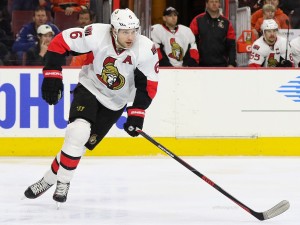 5) The Senators scratched Bobby Ryan late before Saturday’s game and have been mum about the reason for doing so. It seems that he will be back in the lineup for this game, so we may get more answers then.

6) The Oilers will soon have to decide what to do with rookie Jesse Puljujarvi. He has only played in half of the team’s last 18 games and has seen his ice-time drop steadily. He has only played an average of 08:26 in that span. It seems that he will dress against the Senators on Sunday, though his future for the rest of the season will continuously come into question.