Born on September 20, 1988, Sergei Bobrovsky is a 22-year-old rookie goaltender for the Philadelphia Flyers.  Bobrovsky wasn’t drafted by an NHL team in the 2006 entry draft. Flyers general manager Paul Holmgren was interested in Bobrovsky, but hesitant to draft the Russian due to the difficulties in signing Russian players.

Bobrovsky went on to play 4 seasons in Russia, all with  Metallurg Novokuznetsk. For those worried about shutouts this year, Bobrovsky only has 3 shutouts in his career. The Flyers managed to sign Bobrovsky to an entry-level contract on May 6, 2010.

Heading into Flyers training camp at the start of this season, all signs pointed to Bobrovsky going to the minors. Everyone expected a Michael Leighton and Brian Boucher goalie duo. However, with an impressive camp, and an injury to Leighton, Bobrovsky found himself on the Flyers’ opening day roster. Not only on the roster, but the opening day starter as well. As fate would have it Bobrovsky continues to impress for the Flyers, and Leighton is the one who finds himself with the Adirondack Phantoms.

Bobrovsky has posted a 25-11-5 record thus far, with a .915 save percentage and 2.58 goals against average.  Respectable numbers for a rookie goalie. No one can doubt that this season is a big learning experience for Sergei. Adjusting to the North American style of play can be tough for goalies.

In the European leagues, goalies handling the puck isn’t as common, or important. However, in the North American leagues, dump and chase hockey is a huge strategy. Since dump and chase is highly played here, goalies have learned to come out and play the puck to help their defenseman. Bobrovsky is still adjusting to this, and he seems to be getting better as of late. Once this becomes a comfortable task for Bobrovsky, he will be an even more complete goaltender.

Sergei Bobrovsky‘s athleticism is second to none. He is capable of going post to post in the blink of an eye. Watching Bobrovsky play can be exciting, especially when he makes one of those lightning fast post to post saves. It seems like every game Bobrovsky plays in has at least one save that makes you say, “WOW!”

One has to wonder what life away from the rink is like for Bobrovsky. Traveling the United States and Canada seeing things that are most likely strange for him. Not to mention that only Oskars Bartulis and Nikolay Zherdev speak Russian. As I’ve stated before Bobrovsky’s English is improving and hopefully he is fluent soon. Life will be better for Bobrovsky, on and off the ice, once he is fluent in English.

I’ll leave you guys with this: Go to the forums and in the Philadelphia Flyers section post what you think life is like for Bob away from the rink. What do you think it would be like touring around a foreign country? I look forward to hearing from you guys! Also enjoy this Bobrovsky video: 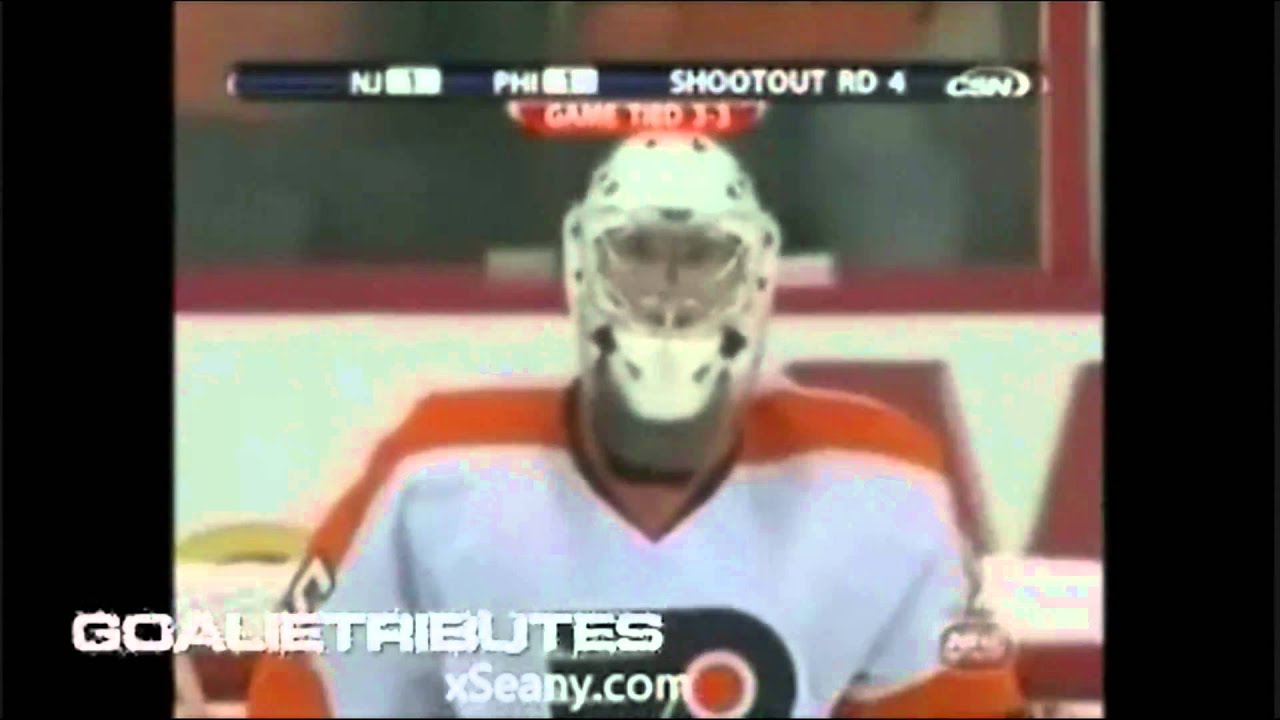