On Wednesday, the game of hockey took a backseat to tragic events taking place in Canada’s capital city. Much like the attack on the Boston Marathon in 2013, the assault on Ottawa’s downtown brought reality into perspective – reminding us all of what exists away from the enclosures that are our hockey havens.

Locked down, Ottawa was supposed to play host to the Battle of Ontario on Wednesday night. Instead, the NHL decided to postpone the game – allowing the city and the nation to focus on the events that took place and mourn the life lost.

Now, while hockey in Ottawa did step out of the limelight, the rest of the NHL showed its support for the city and for the nation. Once again, hockey proved that it was more than just a game. Players and organizations throughout the league showed that hockey is a unified community.

Anyone who watched anything to do with the Boston bombings in 2013 will be hard pressed to forget that particular day. Certainly we can’t pretend to understand what took place, unless we were there, but it was what occurred in the following days that reminded us of how strong a city and a nation can become when forced to take a united stand.

Sports did become a secondary thought that day and for days to come. But when the Bruins took to the ice again and the Red Sox stepped on the field, fans were reminded that sports are not just games. They are a family – a break from reality – for players and anyone involved. 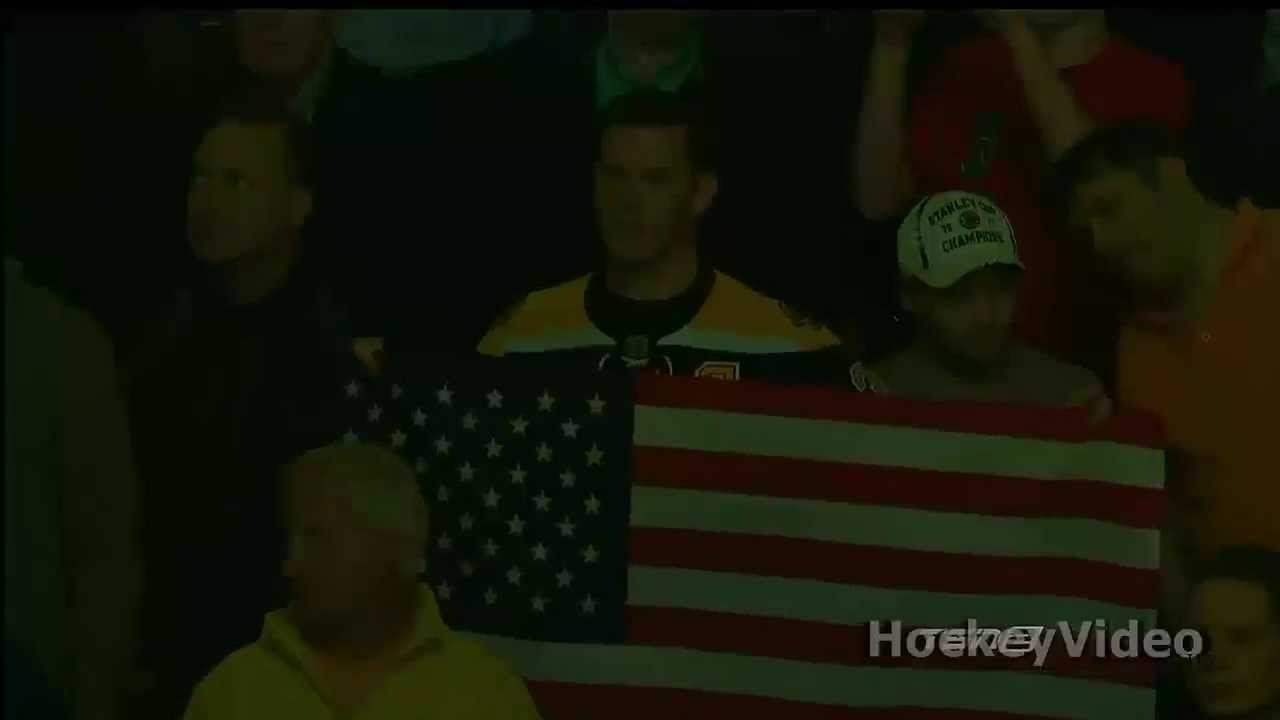 Both the Bruins and Sox honoured those involved – athletes and emergency responders – and it was then that the city and its people embraced the phrase: Boston Strong. For months following the event, Boston Strong became a rallying point for the community as well as the teams that played within it.

The Bruins hosted the Buffalo Sabres in the first sporting event following the bombings and the crowd that night demonstrated how hockey (or any sport for that matter) has the ability to bring together and unite a community. In a way, sport has a role to play in helping the healing process.

It was over 13 years ago that the city of New York was attacked on the fateful day of September 11, 2001. While many of us weren’t anywhere near the core of the city, we can all remember where we were when we heard about the devastating attacks on the World Trade Centers.

Not only did a community answer the call for unity, the nation and the world responded as well. But in New York, it was the Rangers who would deliver in their own way in helping the recovery process, as Rick Carpiniello explains in USA Today. And they did it without the underlying fanfare and beckoning of local media.

Just over a week after the attacks, the Rangers took part in the first sporting event for any New York franchise when they took on the Red Wings in a preseason game in Detroit. Carpiniello explains that the team started the trip by flying their charter directly over the “still-smoldering pile downtown” – a moment that brought tears to those involved. They followed it up with the first sporting event in New York, where Mark Messier wore a firefighters’ helmet.

The Rangers have since honoured the emergency workers and victims’ families on different occasions – including a visit to a New York City fire department on the tenth anniversary. While hockey and other sports can’t simply make people forget, they have the ability to bring together large groups of people dealing with the same emotions – affected by the same tragedies. It gives these individuals a place to come and deal with these emotions – to understand that they aren’t alone.

Ottawa: A Community That Will Rebound

On Wednesday, hockey was linked once again to a tragic event – a shooting on Parliament Hill. Now, the city is recovering – from an unwarranted act that left a community in shock.

We can only send condolences and words of sympathy to the loved ones of Cpl. Nathan Cirillo – who was gunned down at Ottawa’s National War Memorial. And while we can’t begin to understand the emotions experienced by those who were on site, one thing is for sure – community leads to unity.

In many ways, hockey is a community in itself. From its players, to its coaches and onto its fans, hockey is a game that unites people around the globe. Wednesday’s shootings demonstrated that on a smaller scale with players from around the league supporting the city of Ottawa and those affected.

Very sad news to hear about what happened in Ottawa. God bless the families who have to mourn these losses. #sosad

Makes me sad what's going on in Ottawa right now. Thoughts and prays to everyone involved. Everybody stay safe

Surreal scene outside of our hotel right now. Lot of very brave police officers we should all be very proud of.

Our thoughts are with the city of Ottawa and those affected by today's events. Be safe.

But it extended far further than social media. In fact, in the remaining NHL games that took place on Wednesday – two of which didn’t include Canadian teams – the host arenas showed their support for Ottawa and Canada’s fallen soldier.

Like the events discussed above, the Senators will play a role in the recovery of the city that plays host to them. While hockey was a distant thought on Wednesday – and rightfully so – the Canadian Tire Centre will soon be a united building. It will be a place where hockey is played, but where a community can be rebuilt and a game can help in mourning and remembering those lost from events like these.

Tape2Tape is a column looking at some of the biggest stories from around the world of hockey. Agree or disagree, writer Andrew Forbes would love to hear what you have to say.