The NHL has done a valiant job leaving the game’s decisions and rules to the on-ice officials. Unlike the NFL, the North American hockey league isn’t bogged down by numerous coach’s challenges and official reviews that slow down the pace of the action and make for boring television. The game is fast and the NHL has done its best to keep it that way (forgetting the much-debated coach’s challenges that were introduced at the start of this season).

As much as fans and coaches have complained about officials blowing calls, it’s better than reviewing each and every play—practically taking the on-ice officials out of the game—and making the games 3 ½ hours long.

However, there is one more facet of the game that should be reviewable: major penalties and ejections.

You may think you just read the blanket issue penalties; you did not. I specifically believe that if an official decides to throw the book at a player for a hit he deems reviewable by the league, his call should be reviewable either by the other three officials on the ice or by “The War Room” (i.e. the league’s video room) in Toronto.

Too many times, officials have called what they think they saw and not what they actually saw. It’s not a huge knock on the officials; it’s human nature. How many times during a sporting event do we sit from our couch and say “How is that not a goal” or “Common sense says that was a penalty” in the heat of the moment, only to watch the replay and realize our assumptions were incorrect?

This specific incident can completely dictate the flow and outcome of a game. Yes, there are plenty of other events that a blown call can affect in this manner, but this could be a quick review that would take no longer than the kicking motion reviews.Deciding whether a player deserves a minor or a major penalty is about as cut and dry it can get if official review (not a coach’s challenge) were implemented.

Although rare, these instances plague the sport when they rear their ugly heads.

The latest occurrence took place last night in St. Louis. With the Blues and visiting Chicago Blackhawks deadlocked in a scoreless tie and the first period winding down, Blues tough guy Ryan Reaves flew in and leveled defenseman Christian Ehrhoff behind the Chicago net. Ehrhoff was reaching for a loose puck when Reaves delivered the blow, likely at least warranting an interference penalty.

Ehrhoff bailed out of the hit, making the principle point of contact be his upper body, possibly even his shoulder. 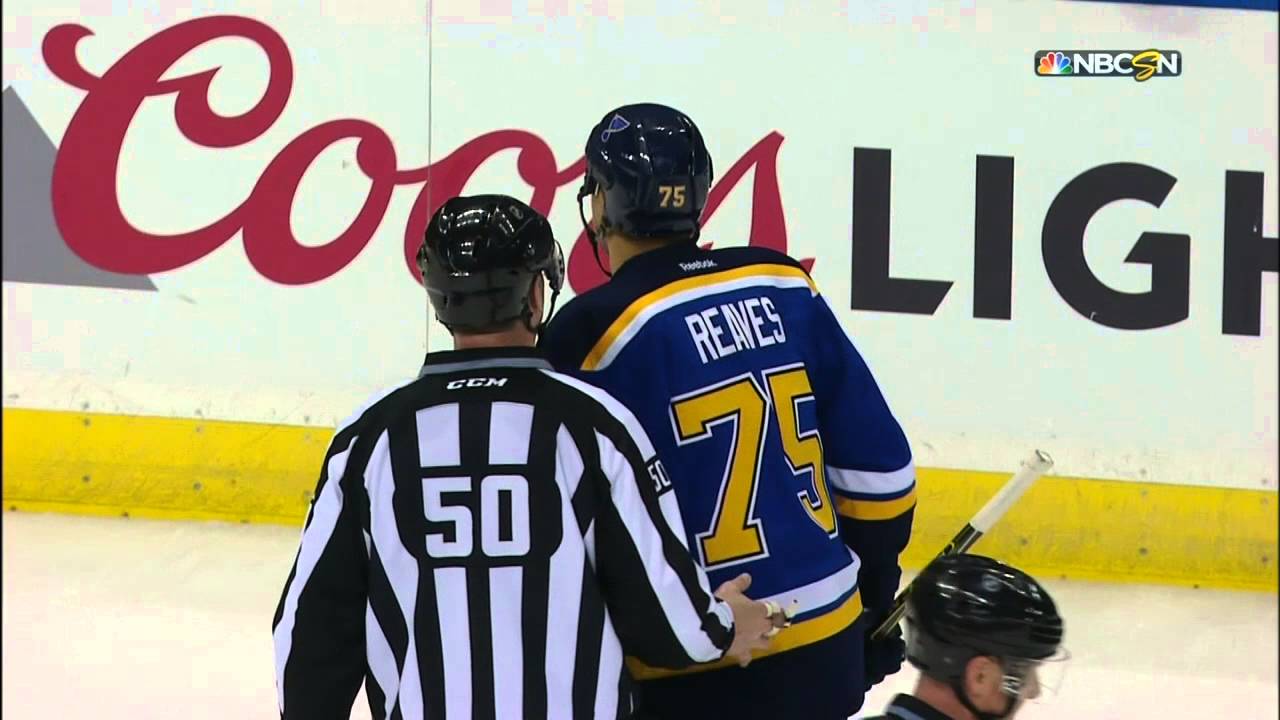 However, referee Dan O’Halloran gave Reaves the boot, calling a five-minute major and a game misconduct for charging. Reaves, along with Blues head coach Ken Hitchcock and the Scottrade Center crowd, were visibly and audibly upset with the call.

O'Halloran made the call. Hitch had a long talk with McCauley on the bench before the ensuing faceoff.

Reaves is no stranger to discipline this season. In November, he was handed a max fine for a hit on Los Angeles Kings forward Anze Kopitar and, just recently, he served a three-game suspension for an egregious boarding penalty on San Jose Sharks defenseman Matt Tennyson. Did the reputation precede the hit for the NHL referee?

When Mike Trout steps up to the plate for the L.A. Angels, everyone in the stadium assumes he’s swinging for the fences. Reputations and assumptions go hand-in-hand in professional sports.

The Blackhawks went on to score during the five-minute power play as the Blues were forced to play a man down for the remainder of the contest. However, St. Louis prevailed in the end, winning 3-2 in a shootout.

In one of the most debated calls in recent memory, P.K. Subban and the Montreal Canadiens were killing off a penalty in the middle of the second period against the Ottawa Senators in Game 1 of the Eastern Conference quarterfinals. As Senators forward Mark Stone was crossing the Canadiens’ goal crease, Subban rained down on the young forward with a vicious slash that seemed to catch him in a vulnerable area. 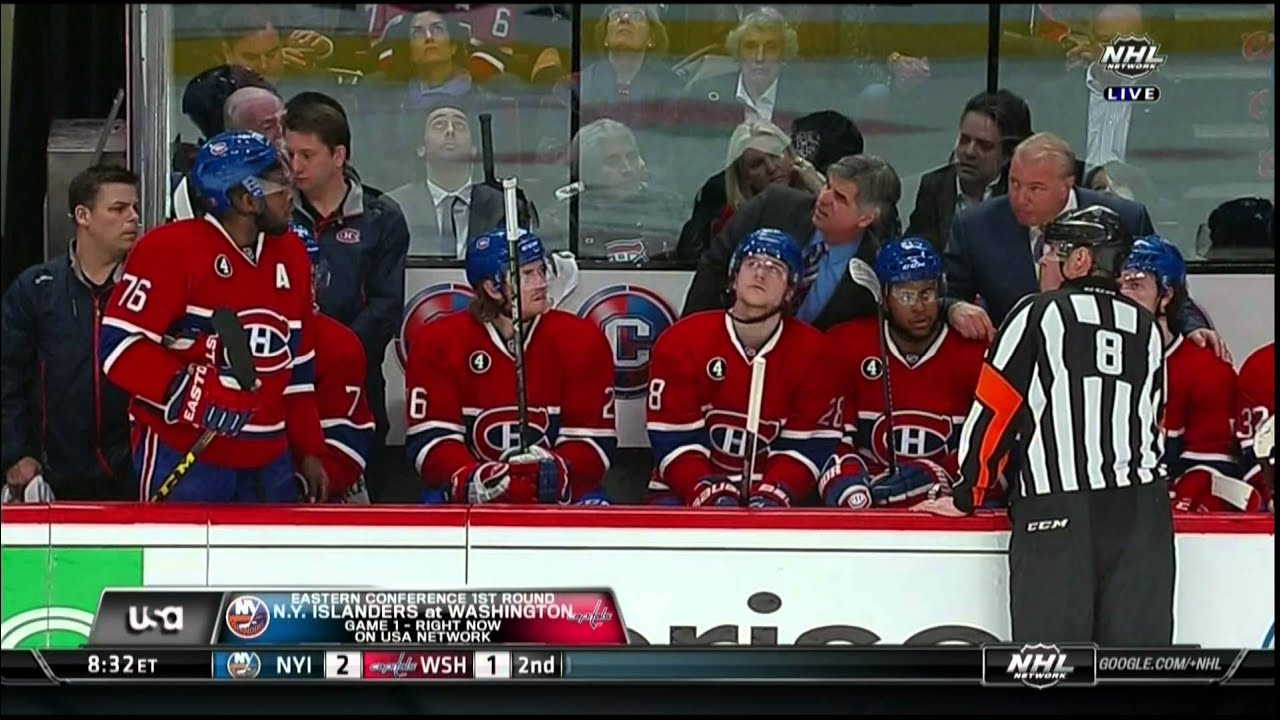 Although the slash definitely constitutes a penalty, the severity of it remains in question. Yes, Subban followed through with a borderlined dirty slash, but was it worth a game misconduct?

The Senators added two tallies on the power play, but Montreal still prevailed with a 4-3 victory.

Stone suffered from fractures in his wrist, but was able to play in his team’s remaining playoff games.

Although this is another example involving the Blues, it may be the best illustration of why the NHL should rethink its match-penalty/game misconduct rule.

In this play, Blues captain David Backes made what some would call “a hockey play,” striding to the puck-carrying defenseman with force. As Detroit Red Wings defender Kent Huskins moved the puck to a teammate, Backes’ shoulder caught him in the chest. It seemed to jostle Huskins in a strange way, forcing him off the ice and into the Red Wings’ locker room. 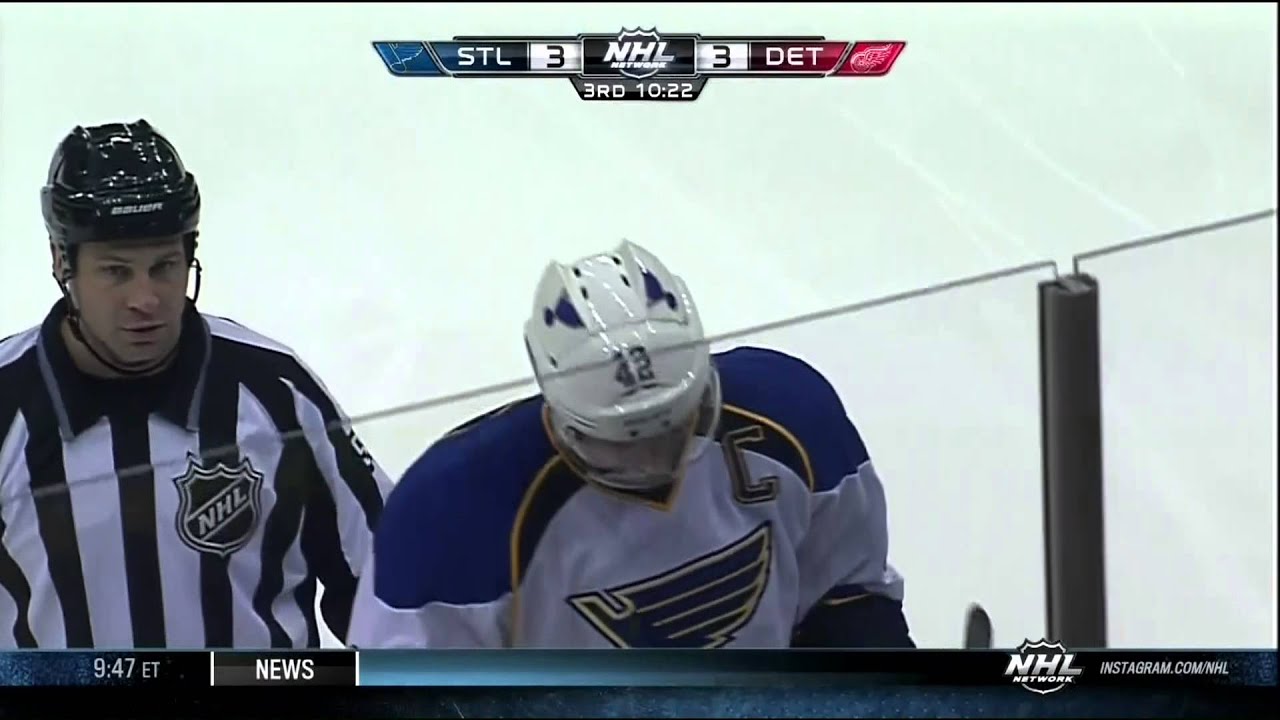 The NHL was quick to rescind the mandatory league review that pertains to calls such as these.

The referee, again calling what he thinks he saw and not what he actually saw, disciplined Backes with a game misconduct for illegal contact with the head. The referee behind the play likely saw Huskins’ head snap back, causing him to assume Backes targeted the head. Replays show that Backes never even touched Huskins’ head.

Here we may see reputation again play a part as Backes is known for his rough and gritty play style.

This disastrous third period call led to Detroit scoring on the ensuing power play, giving them the lead en route to a 5-3 victory.

Although it’s not ideal to add in the possibility of more reviews, it is most vital to get the call correct. Taking a player out of the game, whether it be Subban or Reaves, alters the lines and substitutions for teams. A five-minute penalty can be the difference between a win and a loss. In today’s NHL where teams are commonly separated by one point in the standings, that can be the difference between a playoff berth and a top-14 draft pick.

Let’s get it right. When the referee decides to call a game misconduct, make there be a process in place before he can do so.