Darryl Sittler played in the National Hockey League from 1970 until 1985. Although for most of that time he played for his beloved Toronto Maple Leafs, he also added three years with the Philadelphia Flyers and Detroit Red Wings before he retired.

Sittler was an “Ontario Guy” and, long before he played hockey professionally, he was a Maple Leafs fan. Growing up in rural St. Jacobs, Ont., he loyally watched the team on Hockey Night in Canada. For him, donning the Blue and White was his dream-come-true. It’s probably also accurate that Sittler’s Maple Leaf career probably also inspired the dreams of multitudes of young Maple Leafs fans.

In a recent post, I wrote of my own experience seeing Maple Leaf Gardens as a young boy. Sittler felt that same awe. As he noted after the first time he played at the iconic rink when he was in junior hockey, “I remember walking in that building for the first time and I couldn’t believe how big it was.”

Related: Removing the Maple Leafs From the Cup – Some Personal Thoughts

Sittler’s History with the Maple Leafs

When Dave Keon signed with the World Hockey Association in 1975, Sittler was given the “C.” At 24-years-of-age, he became the second-youngest captain in Leafs’ history after 22-year-old Teeder Kennedy in 1948. As GM Jim Gregory noted at the time, “We wanted a captain who wasn’t afraid to speak up for his teammates and who was a man respected by both players and management. Sittler was the man.”

Two stories are most remembered about Sittler’s career with the Maple Leafs. One was incredibly positive: he set the NHL record for most points in a game. One story was one of the ugliest moments in Maple Leafs’ history: to protest Punch Imlach’s trade of teammate Lannie McDonald, he cut the Captains’ “C” off his uniform and resigned.

Sittler scored six goals and added four assists against the Boston Bruins at Maple Leaf Gardens on Feb. 7, 1976, to set the record for points in a single game (10 points). This memorable event carries an equally memorable story.

For that game, Maple Leafs’ coach Red Kelly, in an effort to generate more scoring, changed his first line by putting center Sittler between high-scoring Errol Thompson and Lanny McDonald. What a prophetic move. That historical evening, the Maple Leafs’ triad scored 17 points as they hammered the Bruins 11-4.

Prior to Sittler’s 10 points that night, the previous record for points in a single game was eight, first set by Montreal Canadiens’ forward Maurice “Rocket” Richard in 1955.

There were some oddities prior to and after that game. Sittler usually ate pasta; but, for some reason, he ate Swiss Chalet barbecued chicken that night. Between the second and third period, when Sittler realized he might set a record, instead of removing his false teeth before he took the ice (his usual practice), he wore them during the third period, just in case he broke the record. He obviously wanted to look good on camera.

After that historic game, the switchboard operators began to answer the phone: “Maple Leaf Gardens, home of Darryl Sittler.”

The rest of the 1975-76 season was also exceptional for Sittler. During the playoffs, he scored five goals in a single game against the Philadelphia Flyers. Then, in September, Sittler scored an overtime goal to lead Canada to victory in the Canada Cup against Czechoslovakia.

For the 1979–80 season, eccentric Maple Leafs’ owner Harold Ballard rehired Punch Imlach for a third time as General Manager. Imlach immediately began to trash the team in the press and also prohibited Maple Leafs’ players from making TV appearances. Why? He wanted to show he was in charge.

Sittler was incensed. When he heard the news, he grabbed the trainer’s scissors and cut the “C” off his hockey jersey. He then wrote a letter to Maple Leafs’ management, resigning as captain. In that letter, he heart-fully shared that the day he became Maple Leafs’ captain was “the happiest day of my life.” However, because the current standoff “was intolerable,” he could no longer occupy the role he wanted so much.

After his resignation, the Maple Leafs did not name a captain to replace him.

In 1981, Imlach had a heart attack. While he was recuperating, owner Ballard and Sittler made an uneasy, but public truce and Ballard blamed the tensions on the dislike Imlach had for Sittler’s agent Eagleson.

Sittler’s captaincy was restored; but, when Imlach returned, he went back to his aggressive behavior for the 1981–82 season. More of Sittler’s friends and allies on the team were traded. The situation made Sittler ill with stress, and he asked to be traded. On Jan. 20, 1982, one of the greatest Maple Leafs in history became a Philadelphia Flyer. 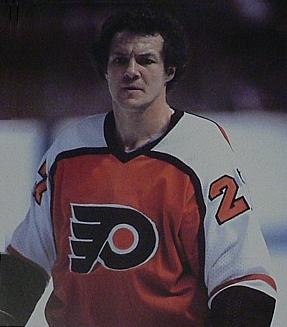 Sittler played three more seasons in the NHL, two with Philadelphia and one with Detroit.

In 2003, the Maple Leafs honored Darryl Sittler by hanging his No. 27 in the arena’s rafters as a lasting tribute to the man who was a team leader both on and off the ice. “It’s the highest honour you can receive from an organization you played for,” Sittler noted. “To have my name on that banner hanging from the rafters will be very special.”