There may not be a defenseman in the NHL who can have the same impact on a game as Dustin Byfuglien. You can take that sentence literally if you like.

Byfuglien, known for his hard shot and harder hits, is a fantasy darling, one of the few players on the Jets roster that fantasy pundits and general managers alike consider a must-own. He scores a ton of goals, can put up assists as well, and can usually be counted on for PIMs if your league counts those. He’s a regular on the Jets power play and penalty kill, and for those of you whose leagues track hits, he’s not shy about the physical side of the game either. For fantasy team owners, and the Jets alike, he’s a near perfect defenseman.

Byfuglien may have the occasional lapse in judgement, and his tendency to join the rush might frustrate coaches, but to fantasy owners looking for any major statistical category he’s a true gem. Defensemen who score over 50 points in one season are a hot commodity in fantasy hockey, and Byfuglien has done that four of his last five full seasons since moving to defense. The only season he missed that mark he sat out 13 games with injuries and suspensions, and still hit 18 goals and 45 points.

While Byfuglien may never win a Norris Trophy, in fantasy hockey there are very few defensemen more valuable than he is. In fact, from a purely points-based perspective, the only defensemen who are ahead of Byfuglien are Erik Karlsson and Brent Burns. Jon Klingberg is also a solid bet, but he has yet to show he can match Byfuglien’s goal totals. The same is true of Roman Josi, and Kris Letang and Mark Giordano are both major injury concerns.

Even if we assume all those players are better fantasy options than Big Buff, that leaves only six defenseman who should go ahead of him in any given draft, perhaps seven if you believe Oliver Ekman-Larsson is due for even bigger things with the Coyotes this year (and many people do).

As with many Jets players, Byfuglien can sometimes fly under the radar thanks to his small-market team. I know I’ve been able to pick him up in the second, even the third round of drafts in the past, depending on the number of teams. If you can get Byfuglien in that slot, you should pounce right away. 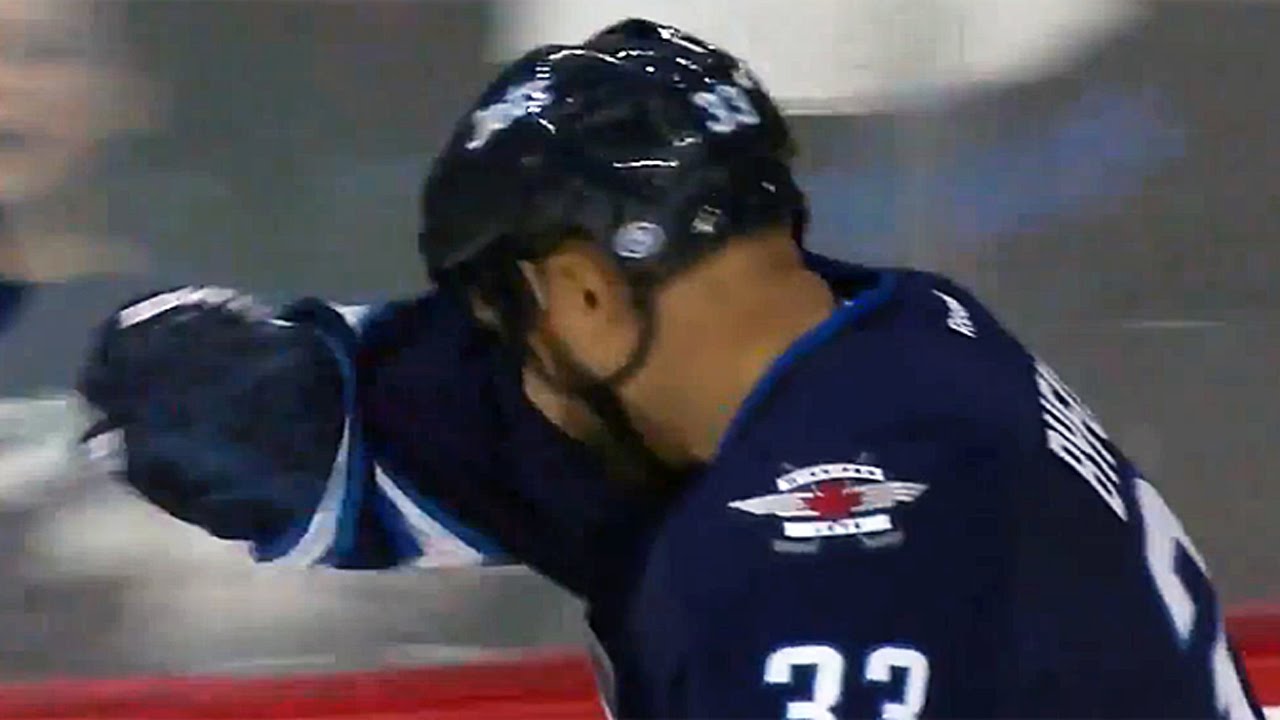 In the past, Byfuglien has been something of a disaster as far as plus/minus goes, but increasingly few leagues use that as a statistic and, for those that do, Byfuglien’s plus/minus has been steadily improving the last two years following his dismal minus-20 performance in 2013-14. Even though the Jets were among the league’s bottom feeders last year, he still managed to stay above even with a plus-four rating. He’s also among the league’s most prolific shooters.

There’s not a big chance that Byfuglien will be seriously injured if past history is anything to go by. He missed only one game last year, and hasn’t sat out more than a few games in the years before that. He has missed games due to suspension, so keep an eye on that, but overall you can be fairly certain Buff will play most games and play decent minutes in all of them.

There’s also no real danger of Byfuglien being usurped. While overall minutes on Winnipeg’s blue line are fairly evenly distributed, thanks to the presence of Tyler Myers and Jacob Trouba, Byfuglien sees, and will continue to see, most of the power play time. After all, he was the only Jets defender last year to crack the 30 point mark.

Most fantasy owners already know the benefits of drafting one of the NHL’s biggest hitters and heaviest shooters. This season, you shouldn’t hesitate to add him to your team.