No Winnipeg Jet has scored 50 goals since the team moved to Winnipeg in 2011, but Mark Scheifele, the team’s first-ever draft pick, looks more and more like he’ll be the first. After all, he has all the necessary skills to hit the vaunted mark.

On the surface, Patrik Laine would seem to be the most-likely candidate. After all, he was the first Jet to score 40 last season. He owns a lethal wrist shot and is still just 20 years old with more room to grow. Also not to be ignored, Laine plays the wing. The last three 50-goal seasons have come from a winger. In fact, they’ve come from the same winger, one whom Laine idolizes and has drawn comparisons to since his draft year, Alex Ovechkin.

Not since Steven Stamkos and Evgeni Malkin in 2011-12 has a centerman scored 50 goals in the NHL. Nine of the last 13 50-goal seasons have come from the wing. So why would Scheifele buck the trend?

Scheifele has a lot more going for him than the average center, from his size and skill to his consistency and his ultra-reliable linemate. So while most fans will tell you Laine is the most-likely man to hit the 50-goal mark in a Jets sweater, Scheifele might have a thing or two to say about that.

Scheifele does have a few advantages over the young Finnish sniper, who is clearly his biggest competition to score 50 first. His age and maturity are no small bonus, as he is, as of now, more consistent than Laine.

Going into tonight's @NHLJets game, Mark Scheifele has 34 points (14G-20A) over his last 24 games. He now sits 1 shy of Andrew Ladd for 5th in career goals with the Thrashers/WPG franchise (139)

Perhaps the biggest of those bonuses is that Scheifele has a dedicated running mate and one of the best playmakers in the NHL in Blake Wheeler. Wheeler is the Adam Oates to Scheifele’s Brett Hull, the Nicklas Backstrom to his Ovechkin. It’s unusual for a winger to be such a high-quality passer, but then again it’s unusual for a centerman to be such a sniper, so they compliment each other well. Laine has yet to find his ideal running mate unless you count the now-departed Paul Stastny.

Of course, Scheifele is not lacking his own merits besides his pass-first linemate. Scheifele’s shot, while lacking the attention of Laine’s, is among the best in the NHL and easily the next best on the Jets. His size can’t be ignored either. Where he was once Bambi-legged and frequently knocked over on the ice, he is now a force to be reckoned with down low and one of the best players on the cycle in the NHL.

Consistency will find young Laine as he improves and matures. It’s easy to forget he’s still just the age Ovechkin was when he broke into the NHL. But Scheifele is in his prime, and his consistency is not in question.

50-goal scorers in today’s NHL are rare, so much so that no one has done it in the last two seasons. It takes a very special sniper to hit that mark in the game today, and there’s no guarantee Scheifele will hit it. With 25 goals in 46 games as of this writing, he will have to step on the gas to hit that mark in the 2018-19 season. Yet with players on-pace for point totals not seen in 20 seasons, this may be the best time in decades to be in pursuit of milestones.

Scheifele Has All the Tools

With point totals seemingly headed for over 120 this season, individual goal totals haven’t yet climbed the same way. Ovechkin is, unsurprisingly, leading the way with 33 (as of this writing). Still, if point totals are up, it stands to reason somebody can be the first player in three seasons to get to 50 goals, and Scheifele has every necessary skill to do so.

The devastating wrist shot that is the bread and butter of goal scorers is one Scheifele prides himself on. His hands often don’t get enough credit as he’s the kind of player who keeps things simple. But, when coupled with his vision and his chemistry with Wheeler, they make for a lethal combination. 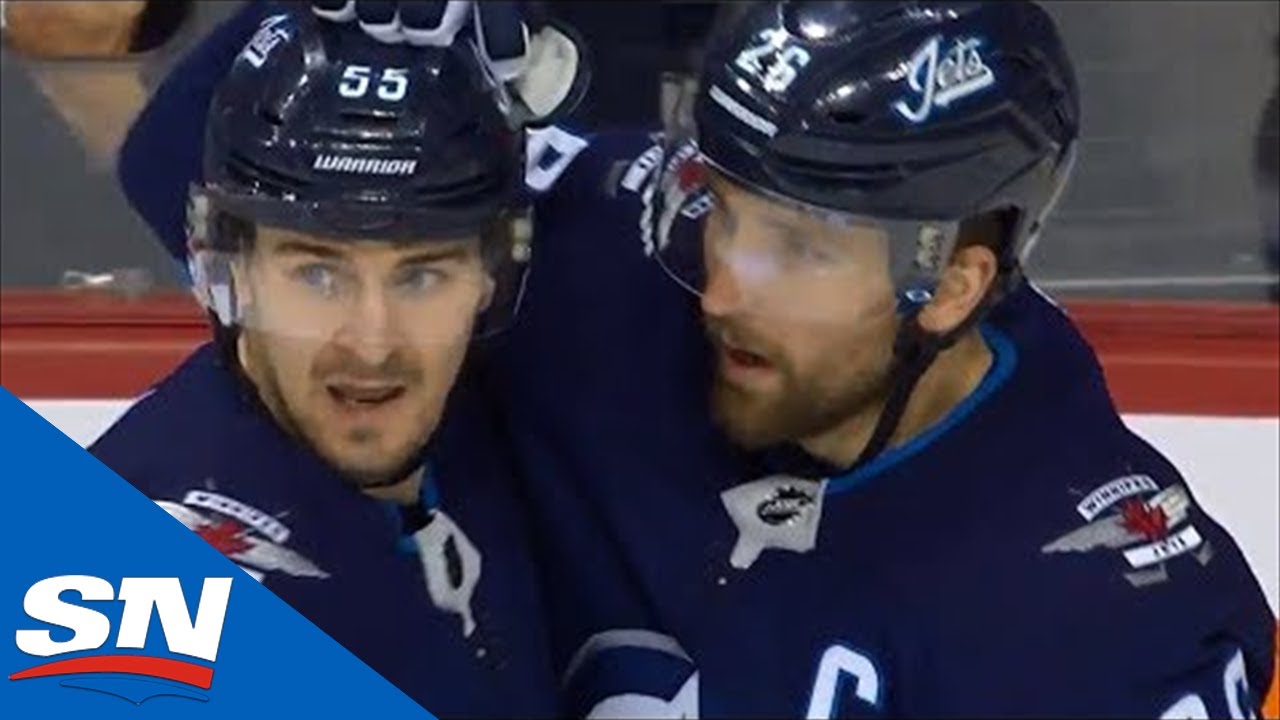 Scheifele may not have the lethal release of past 50-goal men like Stamkos and Ovechkin, but his willingness to go to the dirty areas for offense and his craftiness in the corners make up for it. When he’s at his best, few players are better. His case for the Hart Trophy was growing in some circles until Nikita Kucherov and Johnny Gaudreau pulled away. But momentum is a funny thing and a good week or two could vault Scheifele right back into the conversation.

It could also put him into the 50-goal range for the first time in his career. And while it would be a big leap for the Jets’ top center, no one should be surprised if he makes it. After all, Scheifele wouldn’t be the first player to make a big jump in goals and he wouldn’t be the last either. His consistency suggests, however, that he might just stay there once he hits that level.

Suddenly, the ceiling for the Jets’ first-ever draft pick looks frighteningly high. And as high as Scheifele goes, the Jets will go even higher. After all, while he may hit the mark first, there’s no doubt a certain Finnish sniper will be right behind.