When the NHL mandated that all teams must dress two goaltenders for each game in this upcoming season, the Stanley Cup champion Canadiens were one of those teams who weren’t greatly affected by the new rule. With two solid veteran netminders in tow, the Habs’ net is in good hands. The only questions seem to be who will play the bulk of the games, and what kind of talent does Montreal have coming up in the system? We’ll take a look at the goalies coming to camp for Canadiens this September.

Lorne (Gump) Worsley, the roly-poly netminder who backstopped the Canadiens to the 1965 Stanley Cup this past spring, always felt that the June, 1963 trade that sent him from the lowly New York Rangers to Montreal would be the biggest break of his career. It hadn’t really worked out that way until the five-foot seven, 180-pounder took over from Charlie Hodge in the playoffs this year to win the first Stanley Cup of his career. 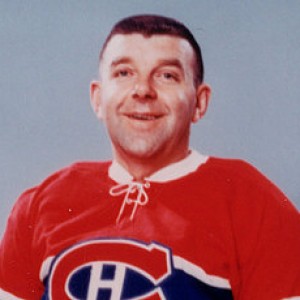 Born on May 14, 1929 in Montreal, Worsley was tagged with the nickname “Gump” when a high-school buddy said he looked like comic-strip character Andy Gump. The name stuck with him for life, and he has become known more for the colourful nickname than for his given name of Lorne.

Worsley played his junior hockey in Verdun, Quebec before moving to the New York Rovers of the Eastern Amateur Hockey League. He began his professional career with the St. Paul Saints of the United States Hockey League in the 1950-51 season, property of the New York Rangers.

Worsley began the 1952-53 season with the Saskatoon Quakers of the Western Hockey League, but was called up to the Rangers when their veteran goalie Chuck Rayner was injured. Playing in 50 games, Worsley was spectacular as a rookie and was awarded the Calder Memorial Trophy as the NHL’s best first-year man.

Making the NHL wasn’t going to be that easy, and the next season Worsley found himself back in the minors with Vancouver of the WHL after being outplayed in training camp by Johnny Bower. The very next fall, Worsley turned the tables on Bower, won the Ranger job back, and was in the NHL once again. 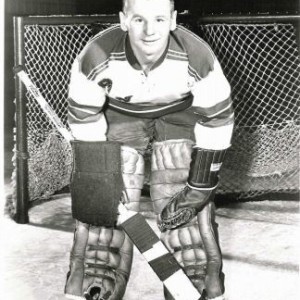 After winning the Calder Trophy, Worsley lost the Rangers’ job to Johnny Bower.

Worsley played for that sad-sack New York team until the trade to Montreal. Always quick with a quip, Worsley once was asked which NHL team gave him the most trouble.  His reply? His own team, the Rangers.

Gump’s time in Montreal didn’t start all that well and he found himself for the past two seasons spending most of his time with the Quebec Aces of the American Hockey League. That was due to a combination of injury, poor play and the emergence of Charlie Hodge. This past season, with Hodge bothered by injury and jittery playoff play, Worsley took over and was coach Toe Blake’s choice through the Stanley Cup final. He even stuck with Worsley in game seven, even though he was hampered by a thigh injury.  Gump didn’t disappoint and he had his first Stanley Cup.

This fall, given Blake’s faith in stocky but agile netminder, Worsley should at least split the goalkeeping duties with Hodge. One thing is for sure – if coach Blake has faith in a goalie, he will stick with him through think and thin.

Diminutive Charlie Hodge, now 32, always seemed to have someone standing in his way in his quest for regular NHL employment. For years, the great Jacques Plante was firmly ensconced as Canadiens’ regular netminder, and Hodge was limited to playing in various minor professional leagues. He would occasionally spell Plante when he was down with one of his many minor ailments. 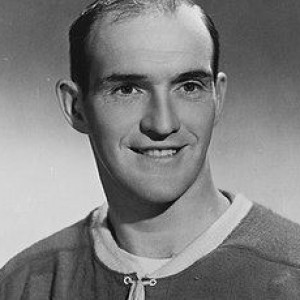 Hodge hails from Lachine, Quebec and played his junior hockey with the Montreal Junior Canadiens. In 1953-54, he graduated to the Cincinnati Mohawks of the semi-pro International Hockey League. Hodge led the IHL in goal-against average that year, and was named to the league’s second all-star team.

The next few years saw Hodge bounce around the minors, making stops with the Montreal Royals, Seattle Americans, Rochester Americans, Shawinigan Cataracts and Hull-Ottawa Canadiens. During that time, he made his NHL debut in 1954-55, filling in for Plante for 14 games.

Hodge’s big break came when Plante was sent to the Rangers for Worsley. In the 1963 training camp, Worsley was slowed by injuries and didn’t get off to a very good start. Hodge seized the opportunity and won the number one goaltending job hands-down. Playing in a career-high 62 games, Hodge won 33 times and posted a goals-against average of 2.26. That was good enough to win the 1964 Vezina Trophy, as well as a spot on the 63-64 NHL second all-star team.

Last season, Charlie played very well again, but his performance was somewhat overshadowed by the incredible rookie season of Detroit’s 22-year-old goaltending phenom Roger Crozier. He still made the second all-star team for the second year in a row, but by the playoffs, his play seemed to decline, at least in the eyes of Toe Blake.

Always a bit of a nervous type, Hodge seemed jittery in the playoffs, and had some injury woes. Blake summoned Worsley, who stepped into the breach and played well enough to enable Montreal to claim their first Stanley Cup since 1960.

With Blake having seemingly lost faith in Hodge’s ability to win the big game, it’s likely that Worsley will play the bulk of Montreal’s games this season. But Charlie Hodge still has a lot left, and it’s likely he will see his share of action, giving Canadiens a solid veteran duo on which to depend in the 1965-66 season.

Twenty-five-year-old Gary Bauman looks to be the young up-and-coming goalie in the Montreal system. A native of Innisfail, Alberta, Bauman is taking a circuitous route to the NHL. After a decent first professional season last year at Montreal’s CPHL team in Omaha, Bauman’s goal this year is to move up to the AHL, likely with the Quebec Aces. 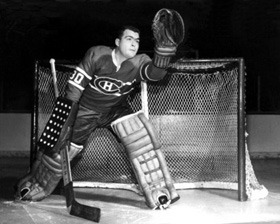 Bauman played his junior hockey with the Prince Albert Mintos of the Saskatchewan Junior Hockey League. However, instead of following the usual trail through higher junior leagues and minor pros, he accepted a hockey scholarship from Michigan Tech University and played for their freshman team in 1960-61. After three outstanding seasons with the varsity squad, Montreal signed Bauman as a free agent in September of 1964.

Ernie Wakely is another 25-year-old who has followed the more traditional path in an effort to progress to the NHL. The Flin-Flon, Manitoba native played his junior hockey in Winnipeg before making his pro debut in 1960-61 with the Winnipeg Warriors of the WHL, where he played nine games. He has bounced around the Montreal organization since that time. He made his NHL debut in 1962-63, playing his only big-league game thus far, filling in for Jacques Plante. He gave up three goals in that lone appearance. 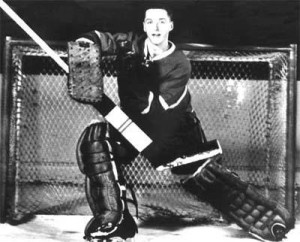 Last season, Wakely was hockey’s version of The Traveling Man. He spent parts of the season with Omaha, Quebec and with the Cleveland Barons.  Wakely was solid with Omaha, but seemed a little overmatched in his AHL stints, a sign that he will likely need a bit more seasoning.  He’ll likely duel Bauman for the Quebec job, but a number-one posting in Houston (where the Omaha franchise has been moved) may give him a bit more experience if he is to be the regular there.

Others who will be trying to impress the Montreal brass this fall include: