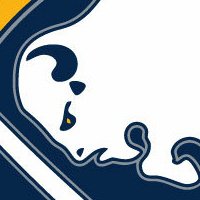 The other night the Sabres played the Boston Bruins and I had the chance to listen to the road broadcast team of Andy Brickley and Jack Edwards on NESN.  One thing was clear from the somewhat lopsided call of the game: Edwards clearly noted the lack of emotion from the Buffalo fans.  On multiple occasions he commented on “how quiet the home crowd is.”

This got me to thinking about just why the fans might be so calm despite the big match-up on the ice.  I could only come up with one thing: the fans are reflecting the same emotion to the team exudes on the ice.

Over the last few games the Sabres play has been anything but stellar, including that recent game against the Bruins where they won 7-6 in a shootout.  On many occasions, including in the final 30 seconds of that game, and only moments after tying it at five a piece, several players were found standing around as Bruins players skated past.  At times it looked as though the players in town for the World Junior Tournament could beat a team of grown men with years of NHL experience.  As another THW contributor mentioned in early December, a 60 minute effort is to be expected from this team, but unfortunately it rarely takes place.

If you are a Buffalo fan, this story sounds like a broken record for the bulk of the Sabres’ games in recent seasons.  However, something may change that might spark a change in play in the next few weeks.  According to reports out last week, ownership of the Sabres may change hands as soon as late this week or early next, after the World Junior Tournament concludes in Buffalo, NY.

Who is this “savior” for the Sabres?  None other than Terry Pagula, a man who recently donated a whopping $88 million to Penn State University to fund a new Division I hockey program at the university.  While Tom Golisano is certainly appreciated in the city of Buffalo for rescuing the team from bankruptcy and possible sale to outsiders, one thing is clear “He wants out” and is set to make a cool $100 million in the process.  Pagula is married to a native Western New Yorker, a fan of hockey, and apparently ready to drop nearly $200 million on the Sabres.

Players and management alike seem to have kept quiet about the entire process and frankly, who can blame them.  The team as a whole has gone through more ups and downs in the last ten years than some teams have experience in the last thirty years.  Between the sale from the Knox brothers to an ugly ownership debacle involving the Rigas family to the brink of bankruptcy and now to what could be the fourth owner in less than 15 years.  Over this period the team has certainly had mild success on the ice.  Having won the President’s trophy as top team, going to the Stanley Cup Finals, and even winning the Northeast Division last season.

However, one thing is clear: the fans in Buffalo are growing tired of the on ice effort, which after a while can only certainly be attributed up the food chain to the front office and the owner’s box.  One can only hope that the workman-like attitude that the Sabres of old is again infused from the top down in Buffalo.  Not only do the fans want this type of demeanor on the ice, they expect it and when they don’t see it, it is reflected in their opinion of the team.

I don’t know if a new owner will revitalize the emotion on the ice or in the front office.  I can only hope that while having Terry Pagula sit in the owner’s box on a nightly basis won’t change the team’s record, perhaps it will change the perception that management is content with mediocrity and in turn give fans a reason to cheer for their hometown team.