He’s tall and lanky, but he has time to grow and could end up being a strong offensive presence down the road. For now, though, Alex Formenton is a player that possess the ability to see the ice well and create plays off the rush.

Currently 17 years old, Formenton’s September birthday allows him to be eligible for the NHL draft in 2017 after his rookie season in the OHL with the London Knights. As a rookie, he played 65 regular season games with the Knights and pitched in 16 goals and 34 points. But in his 14 games during their playoff run, Formenton fell silent.

That being said, nothing should be taken away from where this kid could end up. If he can grow into his six-foot-one stature, his physical play is something that definitely adds to his game. He’ll almost certainly find himself back in London for the 2017-18 campaign and should use it as a building block to get to where he should be as a player. More ice-time and more exposure to high-end talent will only benefit Formenton over the next couple of seasons.

He likely won’t follow Robert Thomas as first-round selections out of the Knights organization, but he could be a second round choice for some NHL clubs. Look for Formenton to go anywhere between the middle of the second round or early in the third.

“Rail thin and gives up weight to the big boys every shift he is on the ice, but has adjusted his game and uses his speed as his biggest asset. Displays elite speed in all zones on the ice and is relentless on the forecheck.” – HockeyNow

“He’s not a thick guy, he still has to fill out but he has some grit to him. He’s not scared to go into the dirty areas.” Rob Simpson, London Knights general manger

It will depend entirely one how well he fills out, but Formenton (at this point) is projecting to be a third-line type winger. Again, that can change depending on how well he continues to develop, but he has been a top-end type player at most of the levels he’s played at. Time will tell if he can do enough to reach second-line or top-six potential.

Unfortunately for Formenton, he missed out on being a part of the Knights’ Memorial Cup winning team by one year. He hasn’t yet loaded up on an awards worth noting, but there’s still a lot of hockey ahead of him. 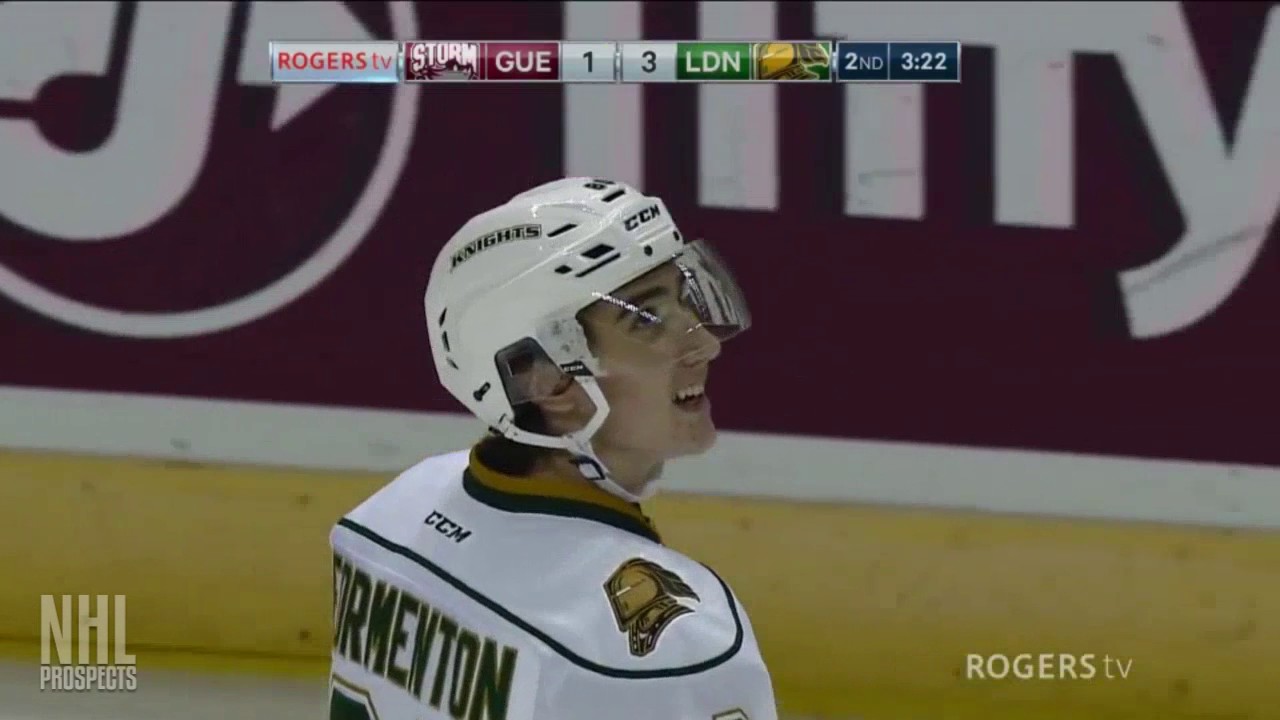