Friday was the NHL’s eighth Winter Classic. The Montreal Canadiens handed the Boston Bruins a 5-1 loss at Gillette Stadium and the Bruins only played about eight minutes of the game, but there was still plenty to like about the 2016 Winter Classic.

The NHL sold over 67,000 tickets to the main show and over 42,000 to Thursday’s alumni game and Women’s Winter Classic. That’s the fourth best attendance to any Winter Classic and it a really impressive overall turnout for one of the league’s classic rivalries.

Unfortunately for all the Boston fans, their favorite team failed to show up. That’s why it was extra impressive that the crowd mustered up a roar when Matt Beleskey scored in the third period to finally get the Bruins on the board and avoid the first shutout in Winter Classic history. The crowd also gave a solid roar for the Bruins first power play.

The crowd was into it, the team needed a cup of coffee.

Hard to argue that this wasn’t a beautiful looking event. Both teams iced some gorgeous throwback jerseys full of history. The event looks good all around and we event started to get a little snow in the third period.

I even give a thumbs up to Claude Julien’s weird Bill Belichick sweatshirt outfit with the white sleeve ends to make it look like it’s been cut off.

It was one of the better looking games in my estimation. Right there with the Red Wings, Maple Leafs Winter Classic.

Bruins fans can skip to the next number.

Now that we’re alone: How can you not like P.K. Subban? It’s not just that the guy gives an insane amount of himself and money to charity (if you think I’m talking about his $10 million to the Montreal Children’s Hospital Foundation, you haven’t seen the immense amount of work he puts into charity), but that he’s fun to watch.

First words of sharp dressed P.K. Subban "I was told Tom Brady would be here" pic.twitter.com/KIFpssQJxj

Showing off the custom skates he had made for the game:

A lot of people deserve praise here and it seems like Susan Cohig and Patrick Burke are near the top of the list. The NHL really made a push to make this game happen and the NWHL and CWHL came together, putting on something really special and important.

There were problems, certainly. The visibility of the game, the lack of Boston’s star players being present, no streaming options available (tough to grow the game or use it to inspire young women when they can’t know it’s happening)… but it’s worth setting that aside for a few days and really appreciating what a special event this was and that everyone who made it happen deserves a pat on the back.

Those were issues, but those are issues to think about when they start putting together next year’s Women’s Outdoor Classic tomorrow. Today, damn good job everyone.

So grateful to have played at the Winter Classic!!! #bucketlist pic.twitter.com/k80PI0Wrhm

Our best to Denna Laing as well. Little is known of her condition and the family has asked for privacy. We hope she’s on her way to a speedy recovery.

Gallagher made his return from injury in the Winter Classic. It wasn’t clear until just a couple days before the game that he was going to be a part of the game, but he wound up being a major part of the game.

Gallagher scored the third goal with an absolutely fantastic bat out of the air. It was a gorgeous goal and the exact kind of highlight reel play that you want to see in a nationally televised event like this.

Despite having his hand mangled by a slapshot not that long ago, his hands were in top form when he assisted Max Pacioretty on the Habs’ fourth goal. It was a fantastic saucer pass to set up Patches.

Those points and a trio of shots made Gallagher the number one star of the game and underscored perfectly just how much this team has missed him.

Condon grew up just miles from Boston, making this a sort of homecoming for the guy no one would have guessed was going to be in net until Carey Price got hurt and the rookie netminder started to succeed.

Condon did seem at home, with loads of family in for the game, his police officer father being the police escort for the Canadiens’ bus, and a picture of Bill Belichick on the back of his helmet, with autographs from Belicheck and Tom Brady.

It was his show on Friday. He was solid. He was the underdog. He was awesome.

He came out with the win, allowing just one goal on 28 Boston shots. The capper was a highlight-reel save that could, no matter what happens going forward, be one of the greatest saves of his career. 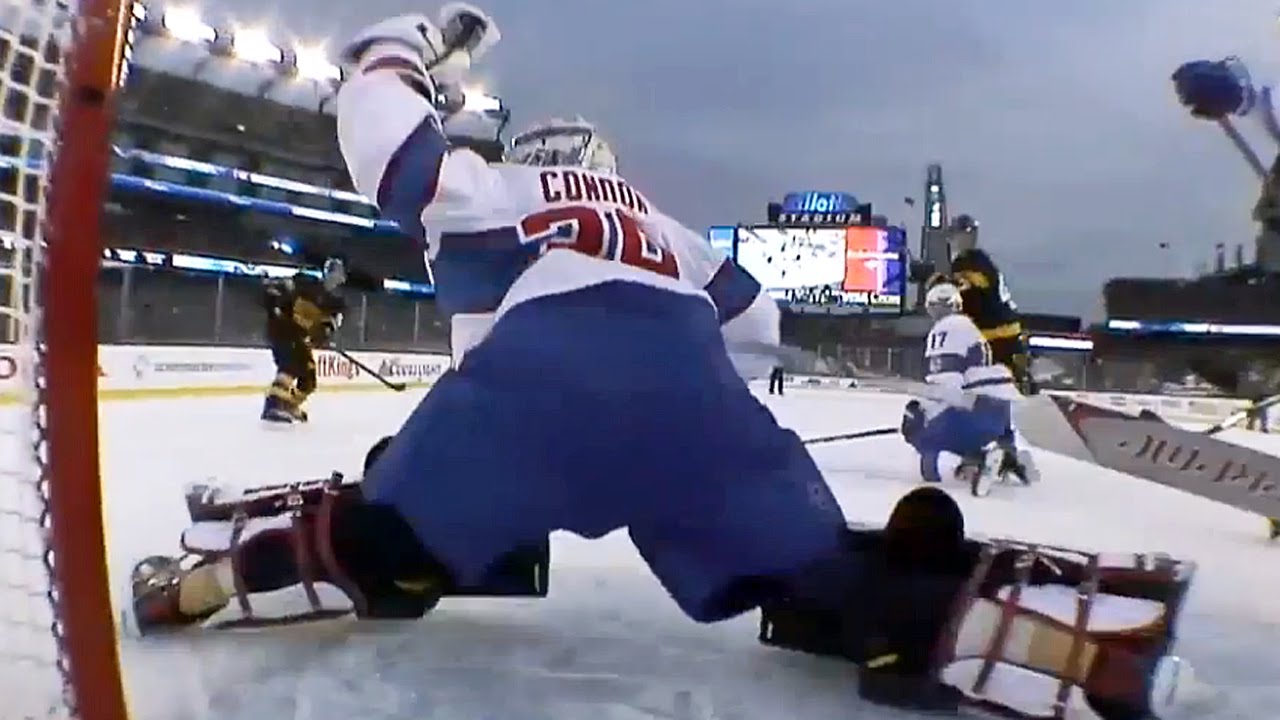