Little known fact: one the of the draft picks acquired by the Boston Bruins in the Phil Kessel trade was used to select Tyler Seguin!

With that out of the way, let’s focus in on Tyler Seguin, the hockey player; the third year pro who, in my estimation, is still looking for that true breakout stretch of games where we all say “holy crap, this guy is an NHL superstar.”

We all know that the Bruins lucked out by entering the great Tyler / Taylor debate of 2010, and once the Edmonton Oilers settled the matter by drafting Hall first overall, the Bruins had the great pleasure of adding young Seguin into their mix.

The Bruins, of course, were coming off the now infamous meltdown versus the Flyers in the playoffs, but had a solid core group in place that allowed Claude Julien to slowly and gradually integrate Tyler Seguin into the lineup, limiting his minutes and putting him in more favorable situations on the ice early on.

During his rookie season, he scored 11 goals and 11 assists in 74 regular season games, and, much like Dougie Hamilton this year (also drafted with a pick from the Kessel deal *gasp!*), he began the 2011 playoffs on the sidelines, entering into game play only in lieu of Shawn Thornton and in a very limited role.

It wasn’t until Game 2 of the Eastern Conference Finals that Tyler Seguin really made a mark, with this electrifying 4 point effort vs the Tampa Bay Lightning (video courtesy of dafoomie): 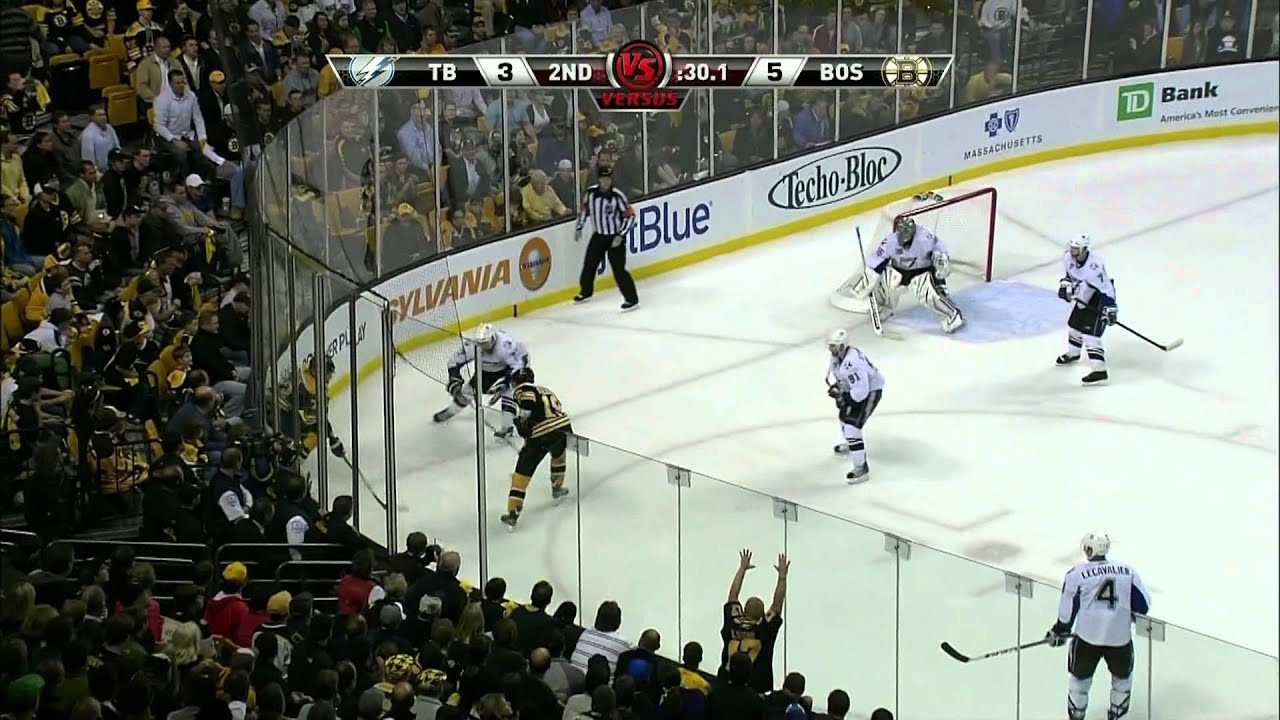 If that was Tyler Seguin’s “welcome to the NHL” moment, it can be argued that we’re still waiting for that monster stretch where he truly makes his mark on the game.

Over his young career, Seguin has posted a steady 0.6 PPG, and shone in 2011-12 with a 29 G / 67 point season, during which he scored 7 goals in a 4 game stretch (featuring his one and only NHL hat-trick vs Toronto, naturally.) But he scored only 3 points in the playoffs last year against Washington, and was on pace to score 27 goals over the course of 82 games during the shortened 2013 season, all of which begs the question as to whether Tyler Seguin has the ability to rise above the crop and literally take over a game a la the true superstars of the NHL.

Look, I get that Seguin is only 21 years old, and still has a way to go in terms of growth and development both on and off the ice. In terms of highly touted draft picks over the past 5 years, it can be argued that maybe only Drew Doughty has made much of a major impact for his team in the NHL playoffs, and he did it in a big way last year during the Kings Cup run.

But at this point in his career, with his skill set, on this team, and with his particular line mates, there’s every reason to believe that 2013 NHL playoffs could be a major turning point in Tyler Seguin’s career, where he permanently vaults himself into the stratosphere of NHL stardom.

In Game 1 vs the Toronto Maple Leafs, there were signs that this is indeed possible if not probable.

Seguin played over 16 minutes, fired off 7 shots, and led the Bruins with a 5 v 5 On Ice Corsi rating (on-ice shot differential: goals + saves + missed shots + blocks) of 52.17. He also almost scored on a Dr. Evil-esque frickin’ laser beam of a shot that was so hard and fast, he didn’t even know if it went it.

Check around the 7:40 mark of this video (again via dafoomie) for that specific highlight, which led to the pretty funny tweet posted afterwards: 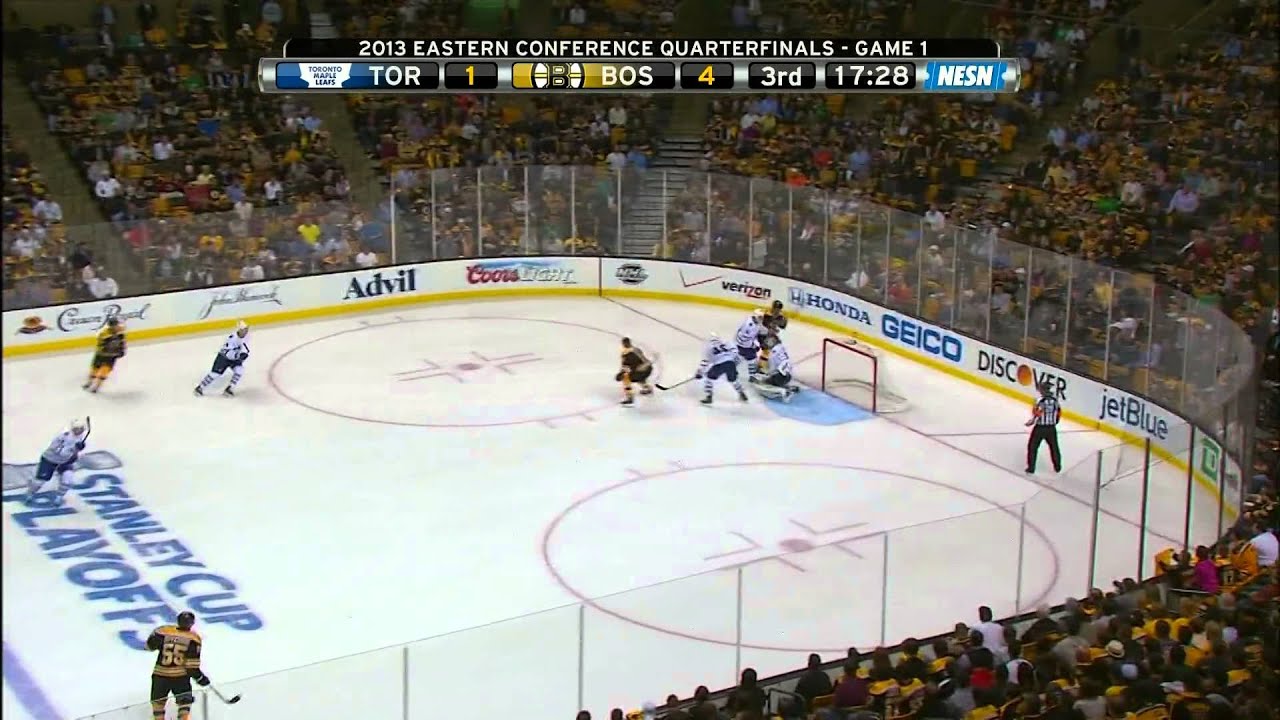 Tyler Seguin telling the ref "I have no idea". Presumably was asked how his dishwasher works.

But where Seguin could really shine (and thus separate him and this team even further apart from their 2011 selves) is on the power play. Seguin ranked 3rd on the Bruins in terms of 5 v 4 TOI in Game 1, and could be seen stationing himself at the right circle in Stamkosian fashion, just waiting to fire a one-timer past James Reimer.

With the addition of Jaromir Jagr, the Bruins PP certainly looked invigorated on Wednesday night, which should serve the team and Seguin in particular very well moving forward.

The opportunities are there; all he needs to do is take advantage of them, and we could see a whole new Tyler Seguin breakout over (hopefully) the next couple months

Also to his credit, Seguin seems to be taking this playoff season seriously, declaring on twitter that he would be taking a social media break during the playoffs:

Right now, Boston has Toronto to deal with, and as Mike Miccoli wrote here, this Bruins team certainly showed that they can play at a level similar to 2011. The continued emergence of Tyler Seguin only adds to the possibilities with this bunch, and the hope is that he can reach new personal heights in 2013 while helping the team as a whole get back to the level of success achieved two years ago.

No. 1 question for Bruins: Are they willing to split Chara and Seidenberg? If so, Hamilton in. If not, Johnson in.