THW The Next Ones Ranking (Midterm): 49

Mr. HSMP:  I call Cam Dineen Mr. HSMP because he mentally processes and executes the game so fast and efficiently. The reason Rasmus Andersson (Calgary’s 2015 53rd overall selection) and Dineen were one and two in OHL defenseman scoring is not because they had the best physical skills. Rather, these two are able to read the defensive formation, to formulate a plan to beat it, and to execute that plan in the quickest and most efficient manner. In short, they have the best mental game. Are they part of a new wave of defensemen? I suspect they are. The game has changed to where it has become almost impossible to score. Success will depend as much on outwitting your opponent as beating them physically.

Cam Dineen is solidly in that group of prospects that each year inherit the 23-25 to 45-50 slots and whose ranking can appear to be interchangeable depending on how you look at them. I have him ranked 33rd overall currently but after the season he had, no one should be surprised if he sneaks into the latter part of the first round. It’s not all about the stats, but the last five OHL blueliners who finished in the top two in defensemen scoring in their first year of NHL draft eligibility, as Cam Dineen did, were selected in the first round. They were:

ICYMI, Why Cam Dineen deserves consideration for the first round. My feature and Q & A with him. https://t.co/iokevNvWFo

“He’s been huge for us. We’ve tried to adapt to the game as much as anyone else. The game now is about puck moving defencemen and skill. And that’s what Cameron [Dineen] is. I mean he’s second in defenseman scoring behind a 19 year old [Rasmus Andersson], as a first year player in the league, on a team that’s not the most offensively gifted.” – Stan Butler, North Bay Battalion Head Coach at OHLProspects.Blogspot.ca

“I think he is pretty underrated. He is very cerebral, great mind for the game, knows his position very well. You don’t see him make very many mistakes.” – Ryan Oulahen, North Bay Battalion Assistant Coach, at Sportsnet.ca

“What I’ve noticed most is his great ability to find the open shooting lanes and also the way he can find the open pockets to create scoring opportunities.  He’s very composed, with a self-assured manner that allows him to be ready and prepared to do something every shift. His play recognition, his radar, his ability to see things developing is exceptional at that age.” – Greg Theberge, the hockey analyst for The OHL Tonight on CogecoTV, at BayToday.ca

“His game has taken off and he’s rapidly becoming one of the best offensive defensemen in the OHL. Great vision and imagination in his passing.” – Kyle Woodlief of Redline Report at USAToday.com

#2016NHLDraft eligible Cam Dineen's known to be a mobile dman, but he's showing some soft hands on this goal tonight https://t.co/ZRQvNAhkXT

The player than comes to mind when thinking of Cam Dineen is Duncan Keith (Chicago, 2002 54th overall). It is not so much that they have all the same characteristics as it is that they both have the same effect on a team – they run the offense. They both have excellent mobility, skating, passing, transition, vision, and creativity. Dineen still needs to develop an edge to his game if he wants to achieve anywhere near the high-end success that Keith has achieved. He also doesn’t have the big shot that Keith has so he will have to be more of a set-up man than a shooter like Markov in Montreal.

There is a fairly big gap between the low and the high of Dineen’s NHL potential. He will be an NHLer, I am confident of that. However, if he doesn’t develop an edge to his game, he will likely struggle to be a top defender but if he does, “wow” is the limit. Just remember, Keith had two years in the AHL before making it and you could say that he played the best of his career in last year’s playoffs, thirteen years after his draft year. So the road ahead is still a long one for Cam Dineen. He has the potential to make it a long, successful one. 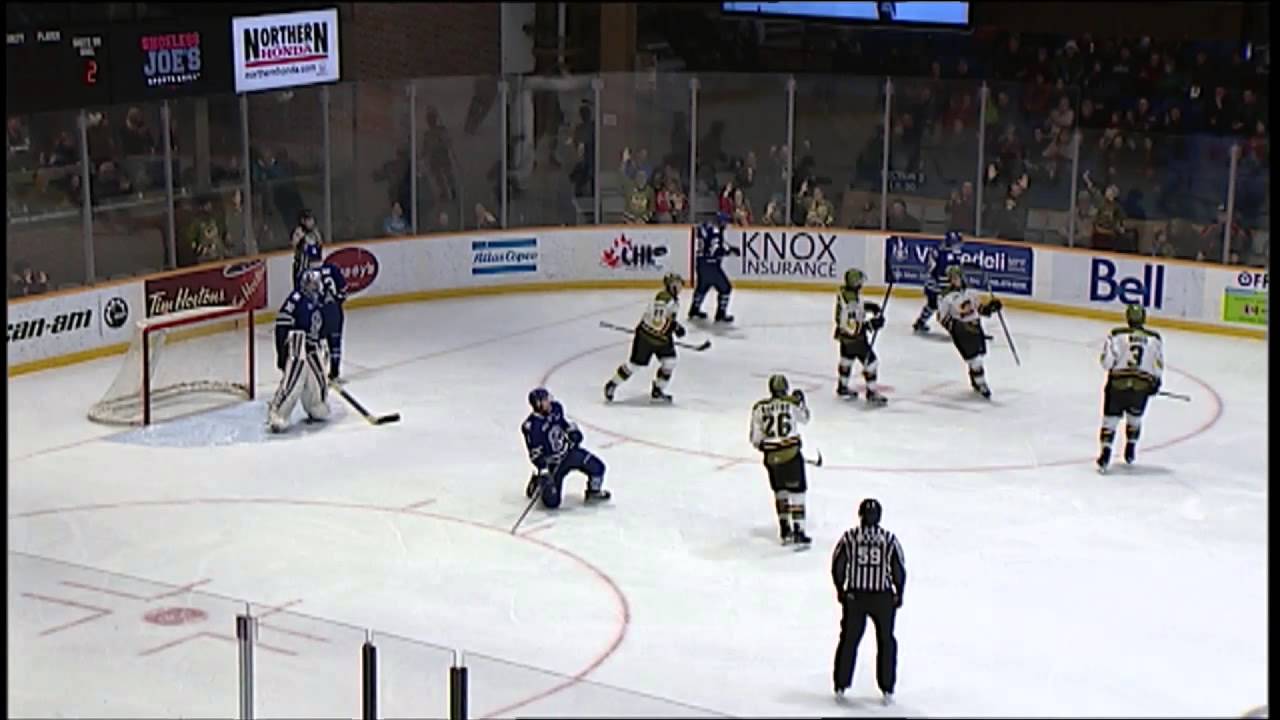