The Edmonton Oilers have had a tumultuous goaltending past, but the present seems to be stabilizing with the emergence of Cam Talbot. The 29-year-old has shouldered the load and become a workhorse for the Oilers playing in 34 of the 38 games the team has played this season.

He’s on pace to play 73 games for the Oilers this season according to Forecaster. If Talbot were to do so he’d become just the fourth goalie in Oilers history to break the 70 games played plateau.

He would tie Tommy Salo (2000-01) for second place for the most games played by an Oilers goaltender in a season. It also puts him within arms reach of Grant Fuhr’s record 75 games played during the 1987-88 season.

That’s not the only record Talbot could break this year. Here’s a list of a few records Talbot can own by the end of the 2016-17 season.

Let’s start with games played. Talbot, as stated, is on pace to tie Salo for second-most games played by an Oilers goaltender. The 2000-01 season was arguably Salo’s best year in Edmonton, winning a career-high 36 games and recording eight shutouts.

The Swedish goaltender put forth a tremendous effort that season and if it weren’t for some bad bounces and three consecutive overtime losses in the first round of the playoffs, the Oilers might’ve won the series against the Dallas Stars.

Salo was a huge piece and if the team got a few offensive bounces, we’d be talking today about how Salo stole that series against the defending Western Conference Champions and back-to-back Stanley Cup finalists.

Fuhr, the consummate Oiler, backstopped the team to a Stanley Cup in 1988 during his record-holding year.

The 1993-94 Oilers got off to a 3-18-3 start and never recovered finishing second-to-last in the Western Conference and missing the playoffs during a rebuilding year. 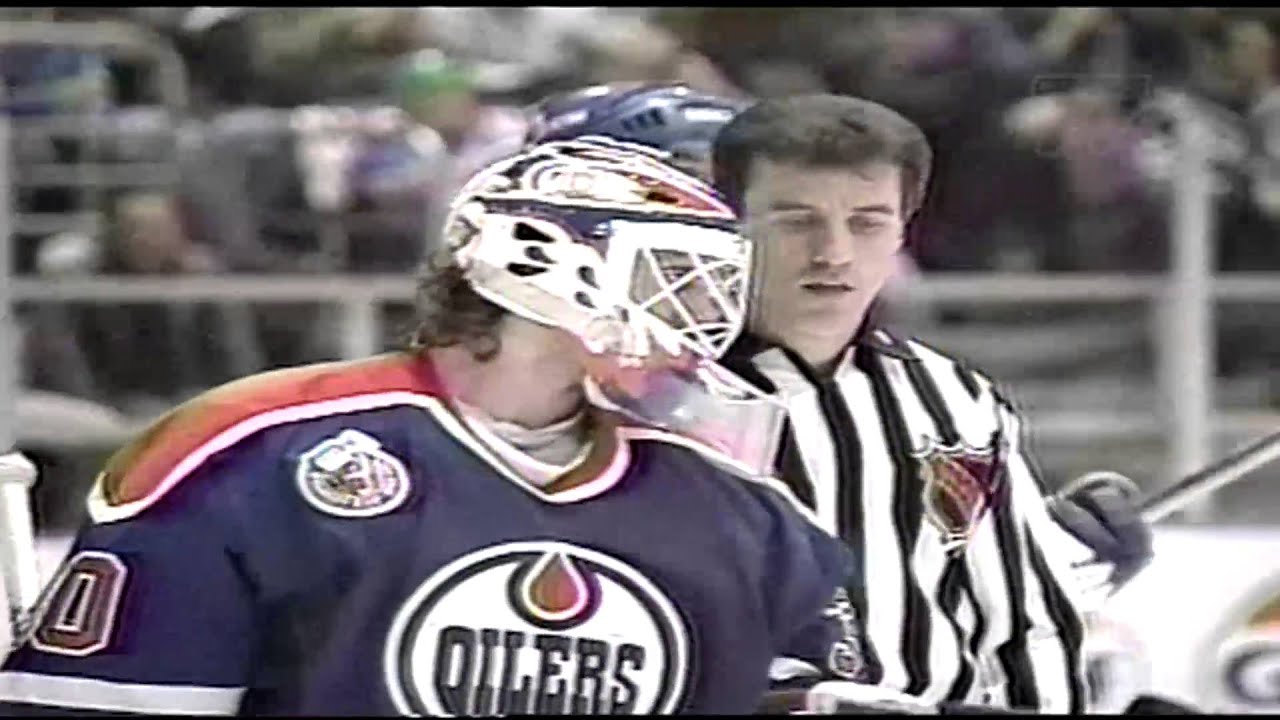 Worthy of a Team MVP Season

The potential accolades for Talbot don’t stop there. His second season in Edmonton has truly been something special and he could become the leader in minutes played by a goaltender. The record is currently held by Salo during that 2000-01 season.

What Talbot and Salo share in respects to that goal was an unwillingness to play an inconsistent backup. Back then, the backups in Edmonton were Joaquin Gage and Dominic Roussel who appeared in 14 games total to relieve Salo. 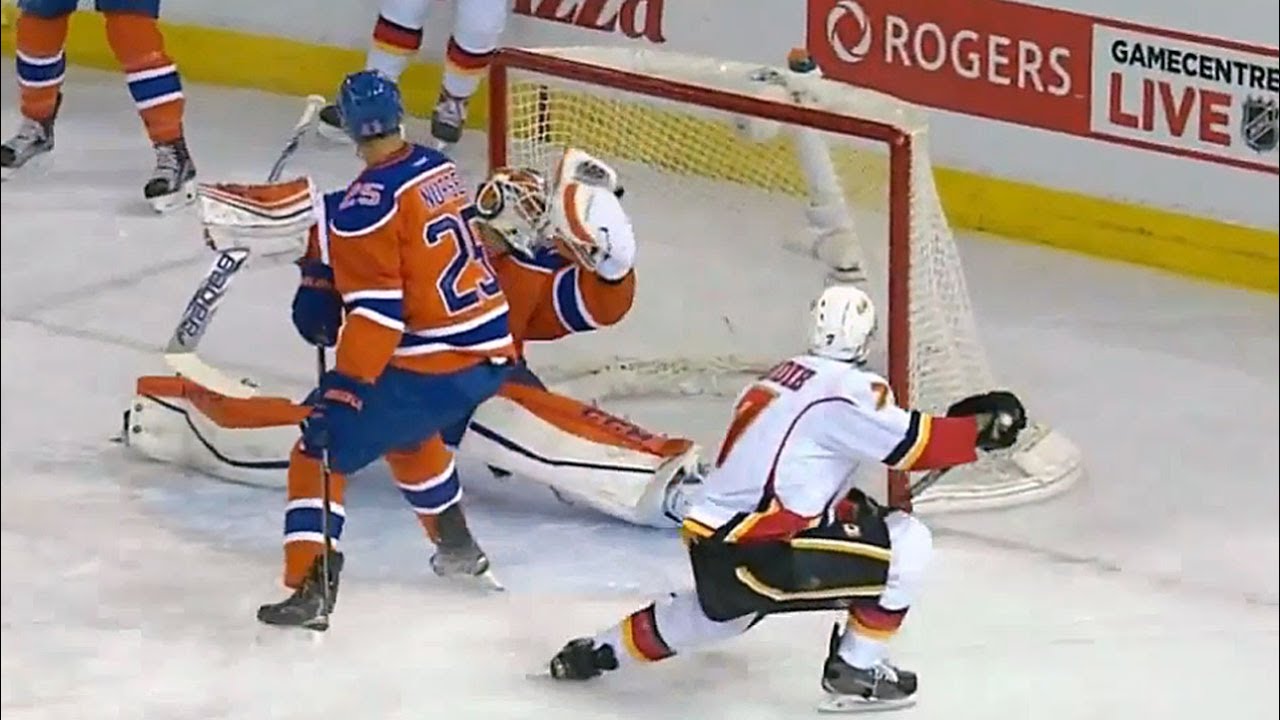 Talbot is set to break that record if he stays the course and ends up with 4,386 minutes played.

It’s impressive to think that just four goaltenders in Oilers history have ever won 30 games in a season. Dwayne Roloson, Ranford and Devan Dubnyk never hit that mark with the Oilers, which is rather surprising.

A big reason is that all three played at least a few seasons with a futile Oilers team. Roloson split duties and played on those late 2000’s Edmonton teams that finished outside the playoffs and same can be said for Dubnyk in the early 2010’s. Ranford was a pillar for the Oilers from 1988 to 1996 but was either splitting starts, playing during rebuilding years or injured.

Winning Hockey Games Is What Matters

It’ll be special to watch as Talbot is just 12 wins away from being just the fifth goalie to win 30 games as an Oiler. If the team stays on pace, Talbot could end up with 39 wins, one shy of tying Fuhr’s record in 1987-88. 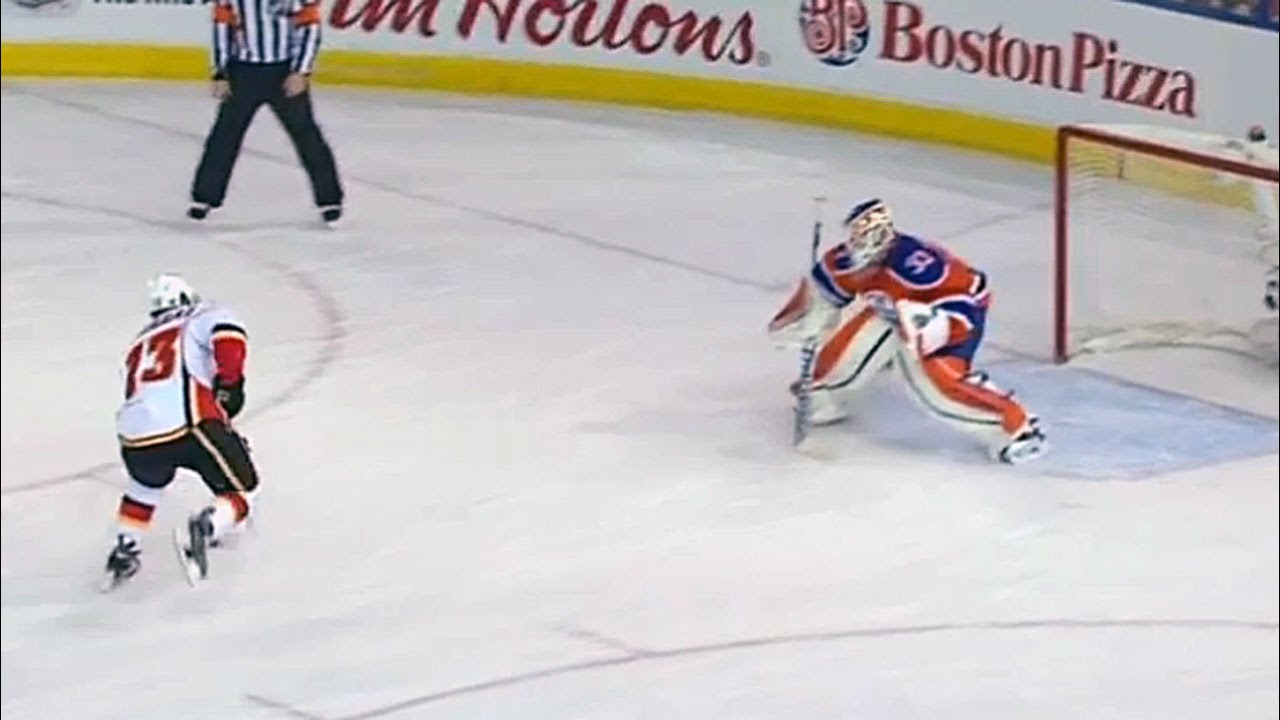 Lastly there is a possibility Talbot ends up with the highest save percentage (SV%) in Oilers history. For that to happen, Talbot would need to maintain and improve slightly on his current .919 SV%.

The record is held by Dubnyk, who in retrospect, put up some pretty decent numbers during some of those formidable rebuilding years in Edmonton.

When all is said and done, Talbot’s 2016-17 season could go down as one of the best single-season performances in franchise history.