When Peter Chiarelli and his staff were constructing the 2014-2015 edition of the Boston Bruins roster, it’s safe to assume they expected more than what they’ve seen to date. Some might argue that the team didn’t expect to replicate their President’s Trophy campaign from last season, due in large part to the losses of Jarome Iginla and Johnny Boychuk, but the regression has been far worse than even the most critical observers could have anticipated.

Boston currently sits in ninth place in the Eastern Conference, one point out of a playoff spot. If you are looking for positives, the Bruins (along with the rest of the NHL) haven’t reached the halfway mark of the season yet, with just 37 games played. In that regard, there’s plenty of time to make up the gap separating the Bruins from a playoff spot.

Unfortunately, that’s really where the positivity and optimism ends. The Bruins have only had four winning streaks through 37 games, two of which lasted only two games. Their inconsistency has made it incredibly difficult to build any momentum in the early stages of this season. To make matters worse, the team has seen injuries up and down the lineup, a problem that has been largely avoided over the past five years. That’s not to discount the major injuries to Dennis Seidenberg, Marc Savard, or Nathan Horton, but rather to point out that these injuries were standalone injuries. This year, whenever someone has returned from an injury, someone else has gone down, making it more difficult to overcome their inconsistent play.

This is typically the point in the season where trade talks begin to pick up steam and deals start to become official. The Bruins have been active in recent years at the deadline, although their success rate has not been superb. This season, however, the Bruins are in a different situation. Instead of adding a piece to complete their roster, they appear to need a trade to shakeup their roster. The problem is that they are also in need of cap space. The cap space issue is twofold, as they need cap space to add a substantial player to their team, but also in the summer to re-sign a number of key pending free agents. 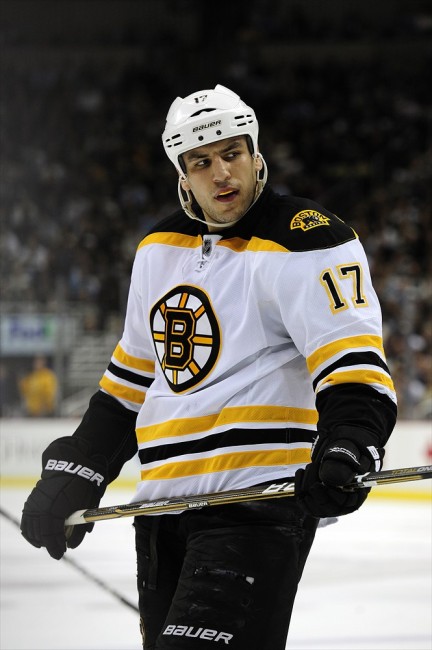 Up front, the Bruins have struggled to replace Jarome Iginla’s goal scoring. They were the last team in the NHL to have a nine goal scorer, with Brad Marchand now leading the team with ten goals on the year. They are averaging just 2.60 goals per game, good enough (or bad enough) to be ranked 20th in the league. The duo of Milan Lucic and David Krejci have struggled, whether it be injuries (Krejci) or poor play (Lucic), the Bruins need more from them. To compound the lack of scoring, the Bruins, as a team, haven’t played strong defense, an area in which the team has excelled in recent years. 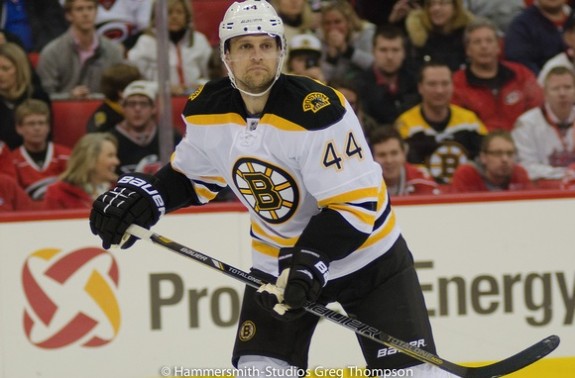 Defensively, the loss of Johnny Boychuk at the end of training camp definitely hurt. Unfortunately, that was only part of it. Dennis Seidenberg took longer to regain his pre-injury form, a setback that the team did not seem to anticipate. Shortly thereafter, the Bruins saw injuries to Adam McQuaid, Zdeno Chara, and Torey Krug. Shuffling a number of AHL defensemen through your roster is not a recipe for success, but when you’ve been one of the all-around strongest defensive teams in the league for a number of years, you’d hope that the drop-off would be somewhat mitigated. It was not, and the Bruins record has suffered. The Bruins are currently allowing 2.62 goals against per game, which is bad on its own, but worse when you consider that they are scoring fewer goals per game than they are allowing.

Tuukka Rask is in the midst of a down year, which has been magnified by the poor play in front of him. This is a season, perhaps more so than any in Rask’s career, where the Bruins need their goaltender(s) to steal a few wins. Thus far, that hasn’t happened, and there haven’t been any signs that it could. Niklas Svedberg has actually put together better numbers than Rask to date, but that might be a product of Rask’s poor play. If the rest of the team doesn’t turn it around fast, both goalies will need to improve their performance in a hurry, otherwise the Bruins might slip too far out of the playoff picture.

What do you think? Can the Bruins turn it around in 2015? Will they find themselves in the playoffs when the season comes to a close? Let me know in the comments below or on twitter.