After aggravating a lower body injury, which appears to be his left leg, on Wednesday, Carey Price is set to miss at least another week of play for Montreal.

Reports indicate that the Vezina winner has re-aggravated the injury that sidelined him for over two weeks earlier in the season.

Canadiens coach Michel Therrien confirmed on Thursday that the team has placed Price on injured reserve and isn’t sure how long he’ll be out. With the IR designation, he’ll be missing at least one week.

"We don't know how long Carey will be out but for us it's business as usual. We're focusing on tomorrow's game."-M.Therrien

The Canadiens will turn to rookie Mike Condon, just as they did during Price’s last absence. Condon played quite well during that stretch, getting a star of the week honor from the NHL in his first week of starting duties and accumulating a .916 save percentage so far this season.

His performances, however, tailed off toward the end, posting a .825 save percentage over his last three games before coming into Wednesday’s game in relief of Price. He allowed 10 goals on 57 shots in those games.

The team has also recalled goaltender Dustin Tokarski to back-up Condon and can turn to him if they’re unable to get consistency out of Condon.

Both may wind up getting some ice, as the Canadiens return to action on Friday with the front end of a home-and-home with the New Jersey Devils.

Here’s the play from Wednesday’s game where Price aggravated his existing injury. 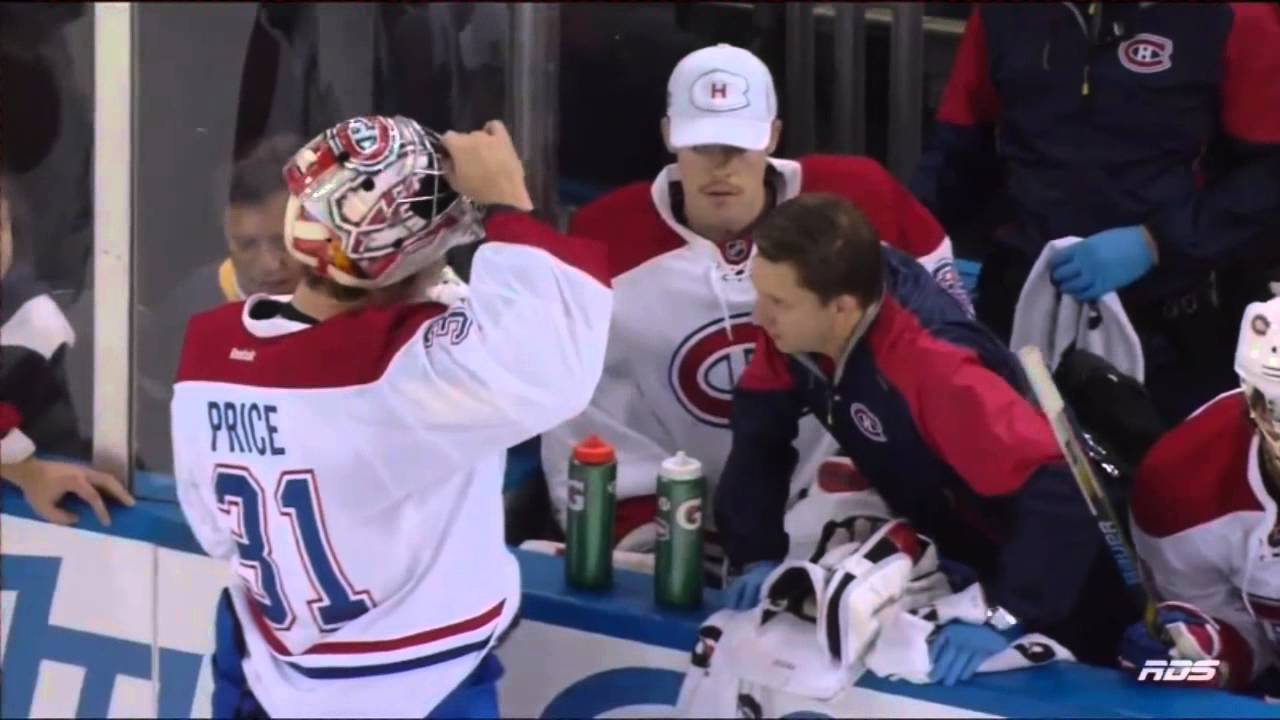 RELATED: Halak Owns the Habs, and other Montreal Canadiens Mythst