Highlighting the 2017 Draft class is perhaps the most highly sought after North American skater: Casey Mittelstadt. 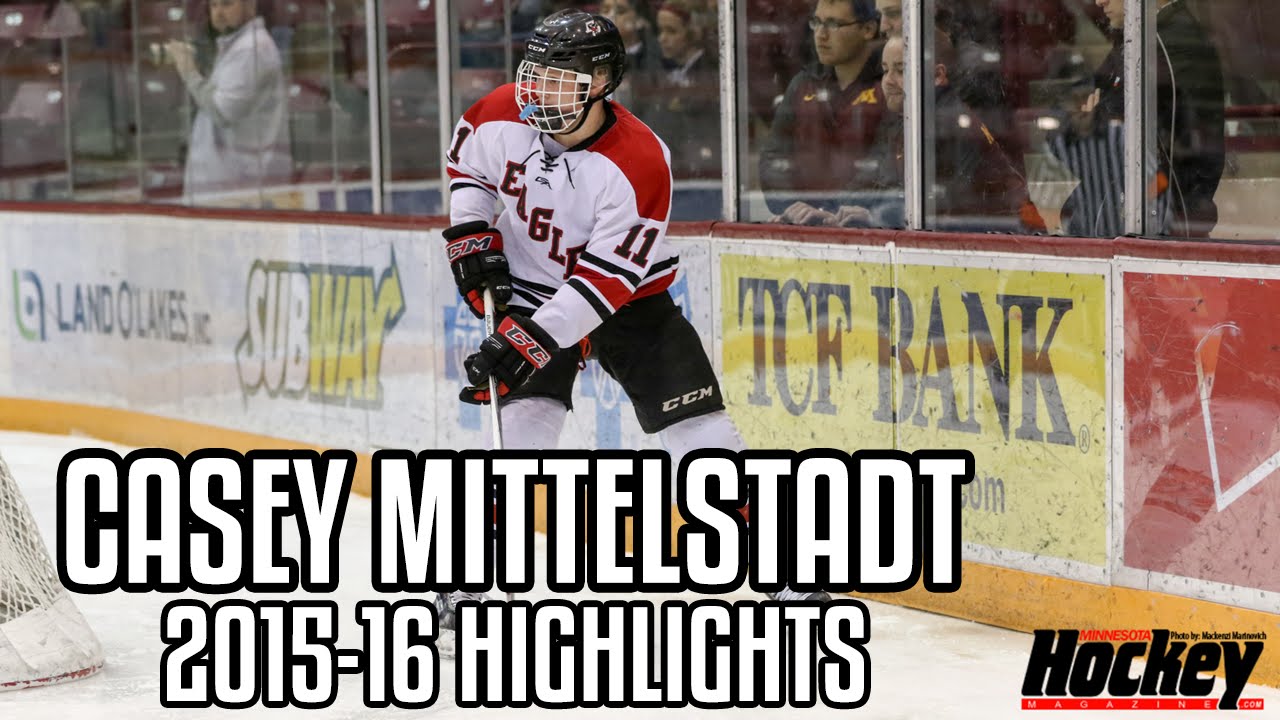 This Eden Prairie, Minnesota native and University of Minnesota commit is unlikely to make his debut in the NHL for a few years, but that does not hurt his case in terms of being a high draft pick come June 23rd. His performances in various prospect games and the World Juniors Classic has lead Mittelstadt to headline the class of this year’s draft.

In other years, Mittelstadt’s pure ability would project him to the top of most draft boards, but this shifty scorer isn’t getting the respect he deserves in mock drafts all over the web.

Watching Mittelstadt play you will quickly realize that he possesses a north-south game that will easily transition over into the NHL. EliteProspects.com credits Mittelstadt as, “An electric offensive presence on the ice, [Mittelstadt] brings the complete package off speed, skill, and hockey sense.” In summary, this is what scouts believe Mittelstadt will excel in at the next level of the game. He has the size to be more than formidable at the NHL level. At 6′ 1” and 200 pounds he will not be faced with the size disadvantage past NCAA turned NHLers have experienced.

Tale of the Tape

By looking closely at Mittelstadt’s play you will soon figure he has a trait that few skaters at his age and level who are top prospects possess; he moves the puck. Time after time the top of the draft is compiled of incredible talents that just take the ice and fill the net. Even as dominant of a scorer on the break Mittelstadt is, his offensive awareness and ability to make plays for his teammates are far greater. He holds the ability to know where defenders are and execute with great precision on the offensive end. This in no small part is due to his skating. His speed with the puck and control stickhandling through traffic complement his offensive game as well.

His defensive game is where questions lie. There aren’t highlight tapes of Mittelstadt back checking or blocking shots. This is where he will look to develop most playing in the NCAA. His speed aides his defensive ability, he is strong on his stick and an active checker. He won’t be involved on the penalty kill once he plays outside the USHL. But there is no doubt that Mittelstadt will have a defensive game that makes him more than suitable for the NHL level.

Overall, Mittelstadt is an offensively gifted forward that can fill the stat sheet. His offensive game will translate anywhere as long as it is on ice, and his defensive game is what he needs to develop. Potential-wise, he has the ability to be a top scorer in the National Hockey League. That will all depend on him entering a system that puts talented two-way skaters around him.

This year, Mittelstadt will finish up his senior year at Eden Prairie High. He was an assistant captain of the team and in the 20 regular season games posted 42 points (14 goals and 28 points) which led the team. Understandably so, there isn’t a lot of credit given to a high school hockey player who is surrounded by kids as young as 15, but his points per game average was 2.10 and that stands out considering high school hockey in Minnesota is comparable with high school football in Texas.

Perhaps the most astonishing stretch of Mittelstadt’s young career came in the Minnesota State hockey tournament where he played only 3 games and posted 5 goals and 7 assists. His Eden Prairie Eagles rode Mittelstadt’s hot play to the finals, but unfortunately, they lost.

After his senior season, Mittelstadt continued playing in the United States Hockey League for the Green Bay Gamblers where he has posted 21 points (8 goals 13 assists) in 16 games.

Offensive Ability: The ability to takeover a game on the offensive end is the bright spot of Mittelstadt’s game. Aside from his knack of scoring around the net, he is a skilled puck distributor that will be a force on any power play.  A

Defensive Ability: The portion of Mittelstadt’s game with the biggest questions. Although there have been no negative signs showing he is inept on the defensive end, the next few years of NCAA hockey will prove beneficial in upping his play on defense.  B/B-

Potential: Mittelstadt has all of the makings of a future face of USA hockey. With an offensive game as polished as his, already is look for him to make an impact with the franchise who selects him come June. Not right away, but in time. Trust the process.  B+

Overall: Casey Mittelstadt is one of the most captivating players in this upcoming NHL draft. Outside of the massive hype the top guns are getting, he is flying under the radar. It is unsure of how long he will remain at the University of Minnesota before signing an NHL contract.  A-

Journalism student at Boston University. Deep passion for the game of hockey. Very active on Twitter, join the debate!