The Colorado Avalanche system has undergone a complete transformation since Joe Sakic and Patrick Roy first took the reigns. The pipeline used to be devoid of talent you could see playing in the NHL one day; but thanks to some smart drafts and good trading, it appears that there are finally some younger players within the system that could push for NHL time before too long. So which Avalanche prospects might be able to push for a spot in the NHL this season?

Mikko Rantanen is about as big of a slam dunk for a roster spot on opening night as anybody out there. Rantanen was Colorado’s first round selection in the 2015 NHL Draft. Thanks to his status as a European prospect, Rantanen was able to come over right away and spend the year in the AHL with the San Antonio Rampage.

To say that Rantanen was impressive would be a gross understatement. As a rookie, Rantanen led the Rampage in all offensive categories with 24 goals, 36 assists, and 60 points. Rantanen was rewarded for his outstanding rookie season as Co-AHL Rookie of the Year.

Rantanen should easily expect to start the season with the Avalanche, especially with the team’s desperate need for a top-six forward. It is possible that the Avalanche might want to try and shelter him a bit early in the year on a lower line, but I expect him to be playing alongside the big boys before too long. 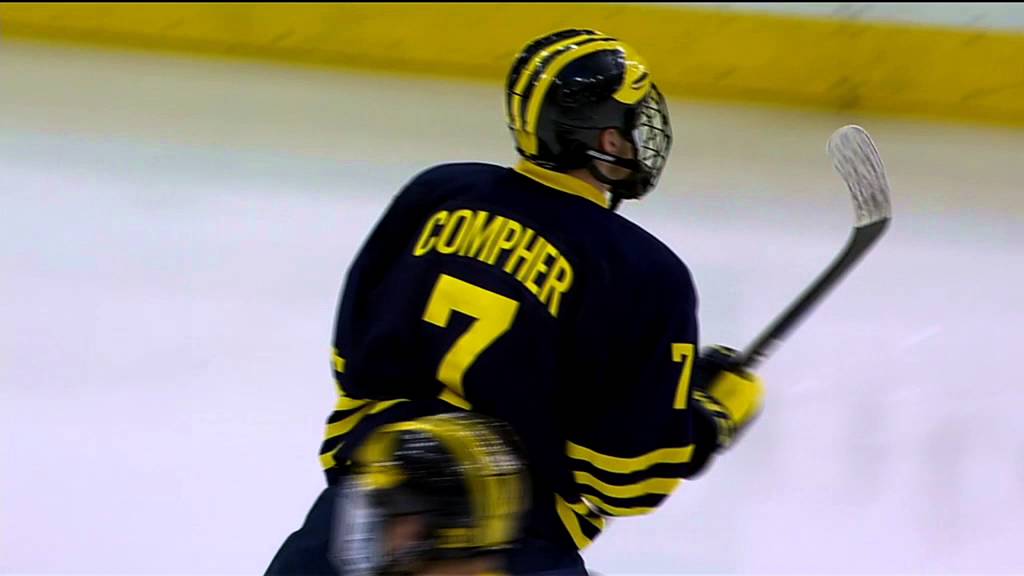 J.T. Compher was acquired from the Buffalo Sabres in the big Ryan O’Reilly trade. Compher’s final season as captain at the University of Michigan was a pretty outstanding one. Compher was second on the team in scoring with 63 points in just 38 games but did lead the Wolverines in assists, with 47.

Compher plays a complete game and is excellent in all three zone on the ice. He is also completely unafraid to get into the dirty areas to make plays for his team. He’s a total effort player that gives it everything he has every time he is on the ice and it is definitely possible that he could make a case for himself in the Avalanche bottom six. I’m not sure he makes the team for

I’m not sure he makes the team for opening night, but he could serve as a depth option for when the team needs to call a player up. San Antonio will be a good place for him to start, but I wouldn’t expect him to stay there too long.

I have to admit that I am losing my patience with the Avalanche a little bit with their use of Duncan Siemens, or lack thereof. Siemens has played one NHL game in his career and was recently passed over for promotion by Chris Bigras.

There have definitely been some health issues earlier in Siemens’ career that kept him from being moved up, but I worry that he is quickly reaching the point where the AHL no longer really does him any more good, from a development standpoint. For some prospects that might not be too big an issue, but Siemens was the 11th overall pick in the 2011 NHL Draft and he hasn’t been given a shot.

If the Avalanche really want to see what they have, they have to actually give him a chance to show his stuff at the NHL level. With the offseason moves the Avalanche made on their blue line, I have a hard time seeing Siemens on the opening night roster, but he has to be one of the first in line for call-ups when the time comes.

A.J. Greer is an interesting story, also acquired as a result of the O’Reilly trade. The Avalanche flipped the draft pick they received from Buffalo to San Jose in exchange for three more picks, one of those resulted in A.J. Greer.

Greer didn’t seem to fit at Boston University, so he moved back to the QMJHL to play with the Rouyn-Noranda Huskies. Greer fit in excellently with the Huskies and was a big part of their run to the Memorial Cup Final. I have gotten to watch Greer at the past two Avalanche development camps for their rookies and there is a lot to like about Greer.

Two things always stand out to me when I watch Greer: first, he does absolutely everything at full speed. It doesn’t matter if it is a game situation or practice, he is giving 100% every single time and in all aspects. Skating, shooting, hitting, it doesn’t matter. Second, he is ultra-competitive. He’s not doing a drill in practice just because the coach told him to, he wants to win every single time. If he doesn’t win a battle, you can see that he isn’t happy about it and it also shows the next time he’s up, because he gets out there and skates that much harder the next time around.

Greer is another player who everybody should expect to start in San Antonio, but his skill and work ethic should make him push for the NHL before too long. Greer is definitely one to keep an eye on.