If the writing isn’t on the wall, it doesn’t have to be. Michael Cammalleri was a healthy scratch in two consecutive contests. Sergey Kalinin was traded. Vernon Fiddler was also dealt. The kids are coming and they’re coming fast with the New Jersey Devils.

Before the season started I wrote about how the AHL Albany Devils were hoping the kids would be all right with a roster turnover seeing their top eight scorers depart from a 102 point team. The kids are providing a spark as both clubs make a postseason push.

It looks less and less like Patrik Elias will be coming back, and Pavel Zacha is coming on. After being sheltered early, Zacha is proving he belongs and is being rewarded with power play opportunities. The teenage Czech center has five tallies with the extra attacker, including four since Jan. 17.

He has speed, size and skill. While Wood’s point totals have trailed off recently, he provides the Devils with some jump. The Boston College product can stretch the ice with his speed. Plus, he’s not afraid to step up for his teammates, which players take notice of.

After gaining some significant and valuable minutes with the A-Devils, Santini has become a fixture with the big club in the New Year. With injuries to John Moore, Andy Greene, Jon Merrill and Kyle Quincey, Santini has held his own on defence. Averaging a bit more than 15 minutes per contest, the rookie defenceman has no problem throwing his weight around in front of Cory Schneider.

While it may not show up in the boxscore, “Blender” is making his presence known with the Devils. Blandisi is pressuring the puck and digging in the corners. In 28 contests with the AHL A-Devils, the second-year forward posted 23 points and was named an AHL All-Star. Some guys can sulk after being demoted back to the “A” but not Blandisi, he worked and grinded and earned his way back to the big club. The Devils’ young forward finally notched his first goal of the season against the New York Islanders.

After receiving a cup of coffee with the big club, Quenneville earned his first nod to the AHL All-Star team. Despite only netting one goal since Jan. 1, the rookie forward leads the A-Devils with 26 helpers and 37 points. He ranks third among AHL rookies in points.

Save for a handful of games with New Jersey, Coleman always seems to be involved in the play for Albany. With his hard-nosed play, it’s fitting he wears the same No. 11 as John Madden. The Plano, TX native is second on the A-Devils with 18 markers and 33 points and his plus-17 rating is a team best. Coleman is tenth among AHL rookies in points and second in goals.

Following October, Lappin spent the majority of the season with the big club in Newark. Upon his return to the Capital District in late January, his play has not let up. Up until a President’s Day matinée against the Utica Comets, the Brown University product had forged a 10-game point streak, which included six goals during that stretch. 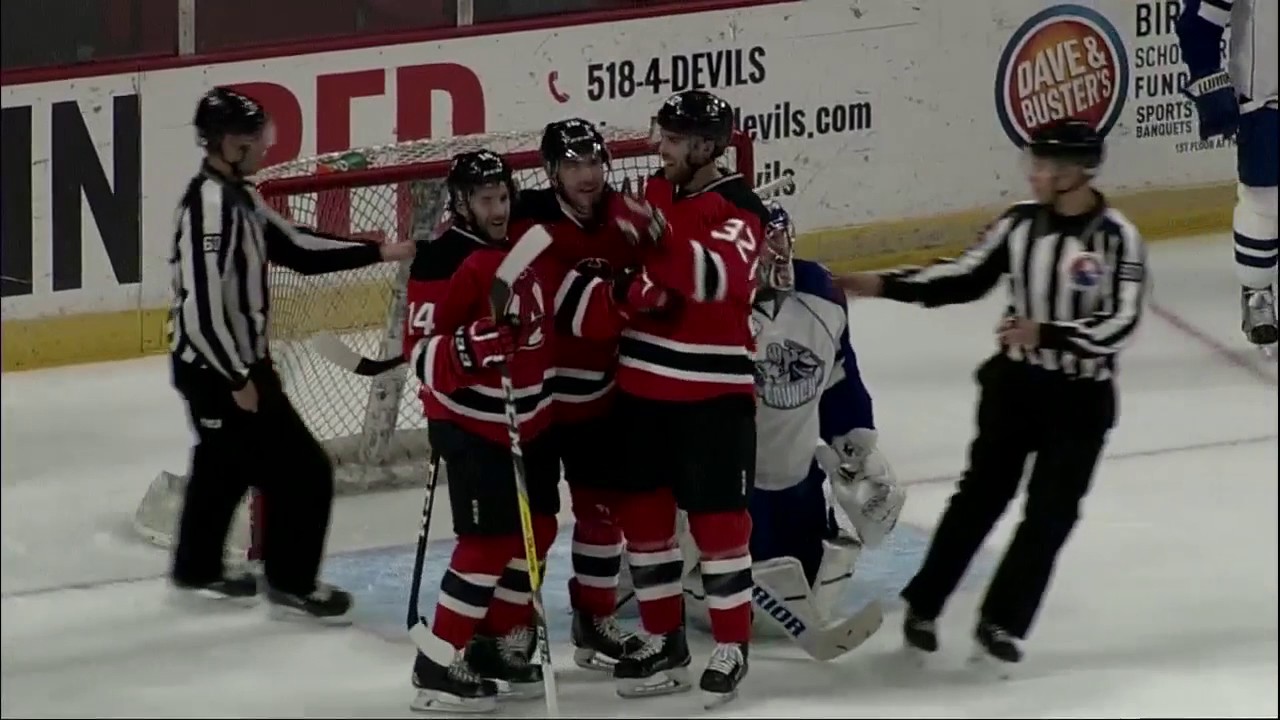