When the Montreal Canadiens claimed Mike Brown off waivers at the 2016 trade deadline, many Habs fans were rightfully confused. The winger was playing with the San Jose Sharks, but was waived prior to their end of season run. Brown made his presence felt with the Canadiens right away. He brought experience, tenacity and a motor that never seemed to stop to a depleted Canadiens team. The veteran looked like he had something to prove every time he was on the ice. He would throw his weight around and use his physical style to help the younger Habs players feel a few inches taller.

The scrappy winger was brought in mostly just to protect younger players that were getting opportunities with the team. While the general intention for Brown was likely to let him finish up this season and then hit free-agency on July 1st, he impressed so much, that team management may take a look at potential ways to bring him back next season.

Let’s take a look at the advantages and disadvantages of giving the winger a contract this offseason.

Brown brings aggression and intensity to the Habs roster. He is ready, willing and able to drop the gloves for any teammate under any circumstance. In addition, he forechecks with valiance and makes the Canadiens a harder team to play against. With the Habs being one of the younger teams in the league, having an enforcer in the lineup wouldn’t be the worst idea. Young players can play with confidence rather than playing scared, knowing that they have someone to back them up wearing the same jersey. Brown proved himself in the final stretch of the season by showing his raw competitiveness and will to win. He even scored a goal against one of the leagues best teams. 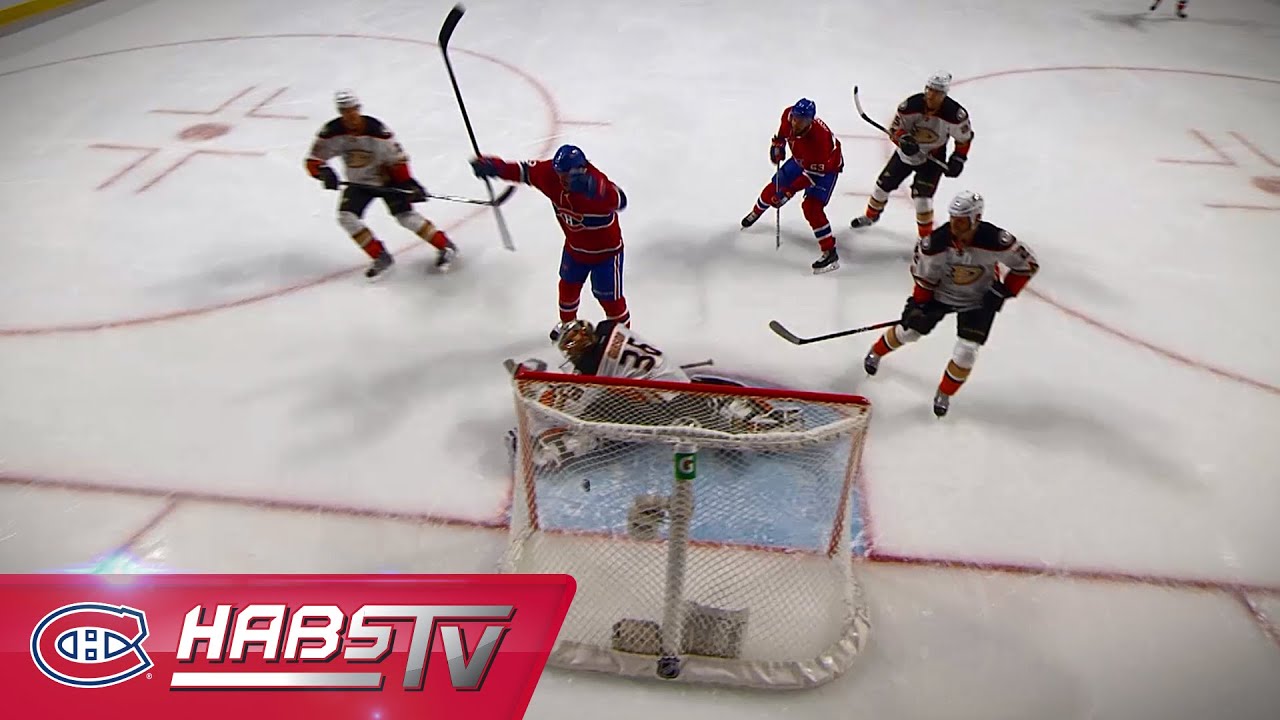 The Illinois native would help the progression of younger players on the Canadiens. He wouldn’t necessarily help the players skill-wise, but he’d help make the team environment a safe one, and one in which these young players breaking into the league could blossom and play with confidence.

Having Brown in the lineup would take pressure specifically off of Michael McCarron. The young forward is 6’6, and because of this, often found himself in the middle of rough stuff that he should probably should’ve stayed out of when he was called up to the big club. When McCarron was in the Habs lineup, he was the designated big-man. Though his size qualified him for this role, this isn’t the role that he should be playing. McCarron is more fit for an offensive role, and with Brown in the lineup, he wouldn’t have to concern himself with the aggressive side of the game as much. Brown has the tools that make him a valuable fourth liner. If he isn’t to find work with the Canadiens, there’s little doubt that he’ll have trouble finding a contract elsewhere, especially after his impressive showcase in the final stretch of the season with the Habs.

In today’s NHL, enforcers are becoming more of a rarity. While Brown has shown that he’s more than just an enforcer, his main contribution as a fourth line player would be due to his aggressive presence. The fact is, the Habs have other players that could step into the bottom-six forward role and play as the energy guy on the fourth line. Brown in the lineup means that someone else isn’t in the lineup. It sounds simple to say, but it’s more serious than it may seem.

Whomever plays on the fourth line is destined to get around 8-12 minutes per game. Why not let a younger player get those minutes and build up their NHL experience? For example, having Brown play could take away a roster spot from someone like Lucas Lessio. Lessio will never be a first line player, but the extra ice-time that he could get with Brown not being re-signed could help his development in the big leagues. While this is just one example, there are a few other players that could step into the fourth line role who would likely be less expensive than Brown, and who would greatly benefit from the NHL reps.

The ongoing issue with the Canadiens is that they have an abundance of bottom-six forwards but are lacking in true offensive firepower. Re-signing Brown has pros and cons, though it won’t fix the inherent problems with the team. The winger was impressive throughout his short stint with the Habs, though he isn’t a make or break piece for the future. While Brown could potentially help in certain aspects of the game, the better option in the long-run would be to let him walk on July 1st. Re-signing Mike Brown would crowd the bottom-six even further, would take away valuable ice-time from younger players, and would cost more than the alternative options.