In the crazy season that just ended aka the lockout-shortened 48-game NHL 2013 season, every team dealt with major issues, be it crazy road trips, not enough practice time to correct specific flaws or injuries to key players. But of all the storylines in the 30-team league, one of the most interesting was how quickly the New Jersey Devils flamed out and burned down in flames during the season’s final month.

After holding onto a playoff spot for the season’s first three months, the Devils went into a ten-game tailspin. The main reason for their sudden decline was the loss of their best player, Ilya Kovalchuk, for eleven games right after their no. 1 goalie Martin Brodeur returned from a thirteen-game absence. “This year is a tough one to swallow, a short season, we had some big injuries. You lose Kovy, you lose Marty,” said David Clarkson. “You miss Zach (Parise). It’s a lot of little things over the course (of the year) but I think every night we battled (down the stretch). There’s not one night that the fans or even you guys (media) can say that we didn’t show up, I felt like we played hard this whole way.”

Each blow more devastating than its predecessor:

New Jersey had gone toe-to-toe with every team in the East during the season and beat or played them all pretty even for the most part. But the lack of consistent goal scoring eventually did them in as coach Peter DeBoer tried to mix and match his lineup to find a winning or even scoring combination. “I think our issue through the last month has been finding that extra goal. We held Pittsburgh to 18 shots tonight, a team that’s averaging 30, 30+ a night,” he said after a 3-2 win over the Penguins in the home finale. “I’ve said it before: when we score three goals, we have success; with Kovy in the lineup — he had a goal and an assist — it makes a big difference for us.”

The players, to a man, couldn’t believe how their puck-luck had dried up and disappeared for so long. Many of them admitted they had never been in a stretch like this ever in their careers, but in the next breath they all admitted that it was all on them and not the coaching staff. They all felt that their ineptitude on the score sheet fell on their own shoulders completely.

“I’ve never seen something like that where we are almost doubling every opponent in shots and outplaying the opponent on a nightly basis and not finding ways to bear down on our chances,” said a dumbfounded Stephen Gionta, “that’s what it comes down to in the end.”

Gionta was one of the Devils’ most consistent players as far as effort goes: 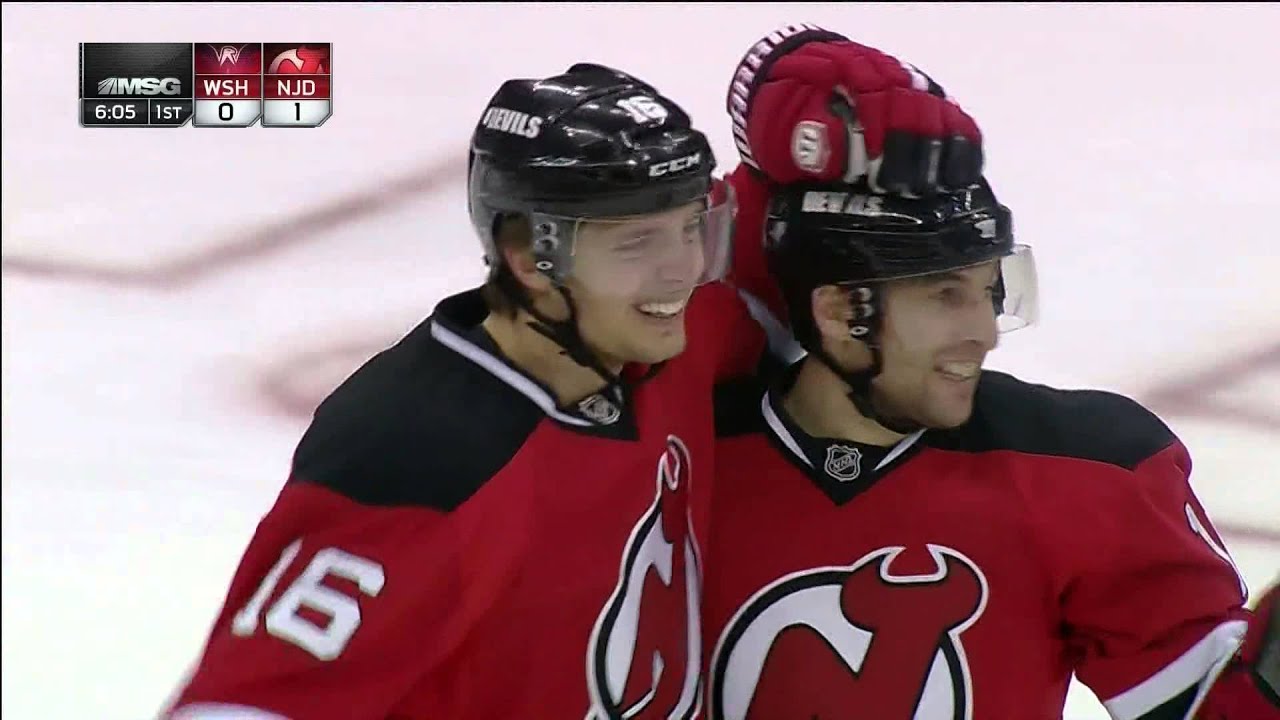 “The whole staff is extremely prepared everyday; there isn’t a day you come to work and they aren’t prepared, already having put in two hours to work towards our task ahead,” said Johan Hedberg. “I’m really impressed with the way they work, unfortunately we would have liked to have given them better results. They have been great and we don’t fault them in here, we fault ourselves.”

Kovalchuk had his worst season statistically: 31 points (11g-20a) in 37 games, but he did miss 11 games with injuries. After the home finale, he wasn’t shy about expressing his disappointment, not only in the season’s outcome, but also the fact that this group (largely the group that came within 2 wins of winning the Stanley Cup) would likely not be reunited again in the 2013-14 season.

He is usually very engaging with the media and likes to joke around also, but he was very somber and straightforward as the reality of his season ending before the playoffs began to set in. “I think overall with the injuries and everything, it’s probably the worst season of my career,” said the 30-year-old Russian. “It’s not easy, now we have a lot of guys that are going to be unrestricted free agents, I don’t know what’s going to happen next year. We can only just wait and see (what management does).”

The Devils did finish the home portion of the schedule with three straight wins and felt they owed at least that to their fans who filled the building to capacity or near capacity for all of the 24 home games. “We’ve done everything right and had bounces go against us. These last couple of games, we owed it to our fans,” said Clarkson. “They’ve been fantastic all season, they’ve been supportive and we came out we played hard tonight.”

“It was a pretty good game; we came back from being down 2-0 and gave our crowd something to cheer for, said Hedberg. “Obviously Pittsburgh has nothing to play for before the playoffs, (so) maybe they weren’t all there, but it feels good to get the win.”

As they enter a summer of questions and possibly change there are a few things that are certain about New Jersey’s only professional sports team. They will select 9th at the 2013 NHL Draft, which will be held in their arena: the Prudential Center. Another is that both Kovalchuk & Brodeur will return as the faces of the franchise.

Throughout the summer the Hockey Writers will keep you covered with Devils articles looking both back and forward.