Edmonton Oilers’ forward Leon Draisaitl has established himself as one of the most dangerous offensive weapons in the NHL. Despite the team’s struggles, Draisaitl has enjoyed one of the most memorable months of his career. He scored his 100th NHL goal on Jan. 20 in a 7-4 loss to the Carolina Hurricanes. Then, he played in his first NHL All-Star Game for Team Pacific, who lost to Team Central 10-4 in the opening game of the 3-on-3 tournament on Saturday.

While he’s on pace for a career-high 44 goals this season, the strength of Draisaitl’s game is his puck protection and passing skills. The Cologne, Germany native showcased his abilities at the 2019 NHL All-Star Skill Competition, where he won the Premier Passing event with a time of 1:09.08.

Still just 23, Draisaitl has already produced some great moments with the orange and blue that won’t soon be forgotten. Here’s a look at his three most memorable NHL games.

After making the Oilers out of training camp as an 18-year-old in 2014-15, Draisaitl started the 2015-16 season with the AHL’s Bakersfield Condors. However, he was recalled because of injuries after just six games with the Condors. In his first game back with the big club, the Oilers hosted the Montreal Canadiens on Oct. 29, 2015. The Canadiens jumped out to a commanding 3-0 lead in the first period, when the Oilers were outmatched by the 9-1-0 visitors. 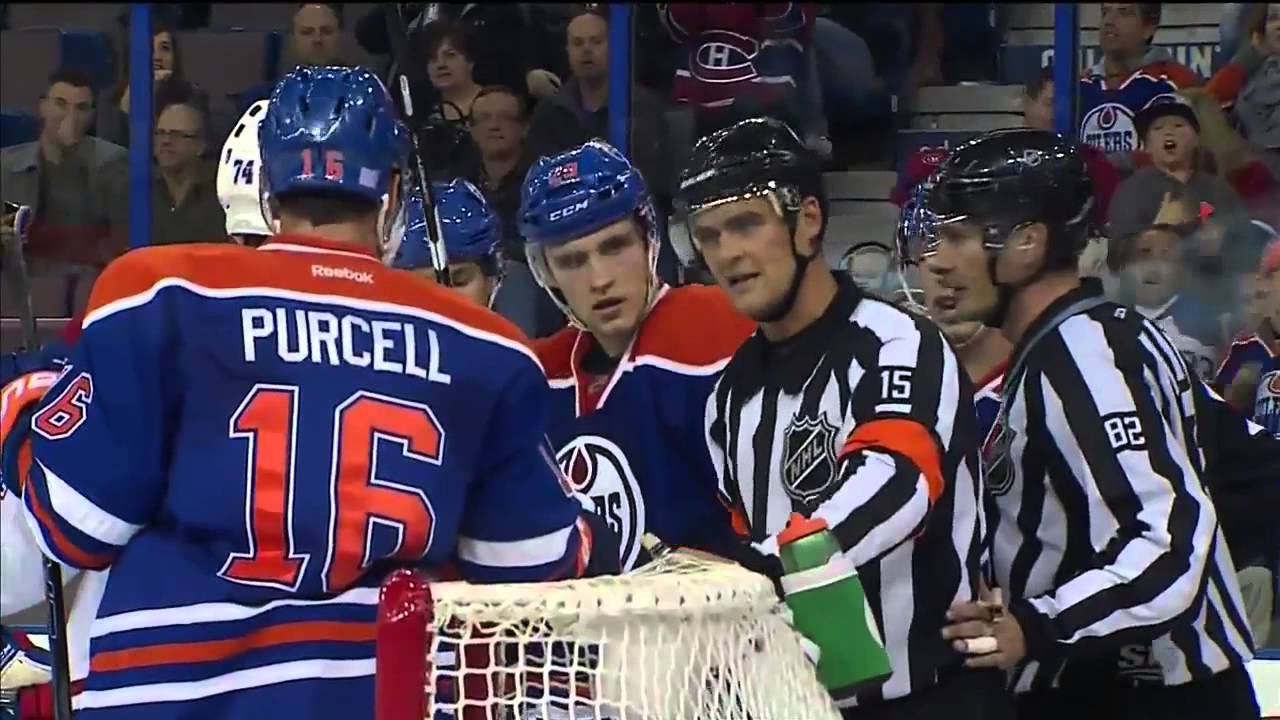 The score stayed the same until Draisaitl picked up the puck behind the goal line and banked in it off Carey Price with 52 seconds remaining in the second period. The call on the ice was no goal, but after reviewing the play it was considered good. It was his first NHL goal in almost a full calendar year. The Oilers then scored a pair of goals from Brandon Davidson and Benoit Pouliot four minutes apart in the third period to tie the game.

With just over a minute left on the clock, the game looked to be headed for overtime when Oscar Klefbom poked the puck free along the boards in his own zone to Taylor Hall who dumped it into the Canadiens’ end. Ryan Nugent-Hopkins proceeded to steal the puck from David Desharnais behind the net and made a good pass to Draisaitl all alone in the slot and he buried it to give the Oilers a 4-3 comeback victory.

Following one of the most disappointing losses in franchise history in Game 5 of their 2017 playoff series against the Anaheim Ducks, the Oilers faced elimination for the first time that spring. Draisaitl got the Oilers on the board less than three minutes into Game 6 when he picked up a bobbling puck in the neutral zone and scored on a breakaway despite being hooked and fanning on the shot.

Just over four minutes later, he scored his second goal of the night when Milan Lucic sent a backhand pass to him from behind the net that hit Sami Vatanen’s skate and sat just outside the crease for a moment before the big German buried it to make it 2-0 Oilers.

In what was their most dominant performance of the 2017 playoffs, the Oilers led 5-0 after 20 minutes, including two goals and one assist from Draisaitl. He added a second assist on Anton Slepyshev’s goal 45 seconds in the second period and completed the hat trick to power the Oilers to a 7-1 win on home ice.

Drasaitl scored the first Oilers’ playoff hat trick since Bill Guerin on Apr. 18, 2000 in a 4-3 win over the Dallas Stars. Although the Ducks went on to defeat the Oilers in seven games, Draisaitl’s three-goal performance in Game 6 was one for the ages.

When it was announced last season that the Oilers would be playing an exhibition game against the Cologne Sharks as part of the 2018 NHL Global Series, Draisaitl was sure the most excited player to receive the news. After spending the previous six seasons in North America, Draisaitl never thought he would have the chance to play for an NHL club against the team he grew up cheering for in his hometown.

“It’s amazing,” Draisaitl told Oilers TV. “It’s probably a once-in-a-lifetime event for me and my family. As a kid growing up [in Germany], an event like this is one of the last things you would imagine could happen.”

Prior to puck drop, the atmosphere in the building was electric. As Draisaitl was being introduced as part of the Oilers’ starting lineup at Lanxess Arena, the German fans loudly called out his name instead of the PA announcer.

Just under 11 minutes into the game, Draisaitl picked off an ill-advised pass by Sharks defender Morgan Ellis at his own blue line and feathered a perfect pass to fellow German Tobias Rieder, who scored on the backhand to give the Oilers a 1-0 lead. Hollywood couldn’t have scripted a better start.

The Oilers won the game 4-3 in overtime, but the score won’t be what fans remember years from now. The lasting image in my head was watching the usually stoic Draisaitl look up at the fans in attendance before the game and crack a rare smile as they shouted his name. Even if he wins multiple Stanley Cups, the game in Germany will undoubtedly stand out as one of the most memorable games of his career.