When the Flyers promoted Ron Hextall to General Manager in May of 2014, he told the Flyers faithful that he would be as transparent as possible while building the team through the draft and allowing younger players to mature into what should be fruitful careers in the City of Brotherly Love. Fast forward one calendar year and the Flyers have now missed the Stanley Cup Playoffs for the second time in the past three seasons. While fans are not calling for his head like general managers of hockey past, they aren’t too thrilled with the idea of not competing for hockey’s greatest prize. As painful as it may be for the orange and black supporters, the group must remember that patience is a virtue and all good things come to those who wait.

Keep the Past in the Past

Ron Hextall is not one to make a deal or decision that could end up hurting the team in the end. His meticulous research and attention to detail set him apart from his predecessors who often times pulled the trigger on a move that would attempt to uphold the Flyers culture, a culture which unfortunately has not produced a championship since the 1970’s. Take for instance Paul Holmgren. He is one of the smartest hockey minds on the planet, however, preserving the Flyers culture ultimately got the team in the current hole that they are attempting to dig out of. In 2009, he acquired defenseman Chris Pronger from the Anaheim Ducks for two NHL-level players (Lupul, Sbisa) and three draft picks, including two, first-round picks. While Pronger filled a need and even helped guide the team to the Stanley Cup Final in 2010, the loss of draft picks hurt the club in the long run as nothing was guaranteed from the 34-year-old Pronger. Even had he not gotten injured, the future was mortgaged somewhat to add what Holmgren described as a “hammer” on defense that would hopefully get the club to the next level and beyond.

Another example of upholding culture is when Holmgren prepared matching offers to free agents Zach Parise and Ryan Suter in the summer of 2012. The Flyers have long been a club to go after the biggest names on the market and their checkbook would seem to agree. Holmgren was unable to make other moves while Parise and Suter decided on their future and when the duo chose to play for the Minnesota Wild, Holmgren was forced to accept the fact that Jaromir Jagr and Matt Carle had already moved on and the best he could then do was to sign Ruslan Fedotenko and Bruno Gervais. That’s somewhat equivalent of trading a Maserati for a Kia Soul.

Hextall is different. He knows he can preserve an illustrious culture by adding many pieces to a large puzzle, not by adding large pieces to small puzzle.

When the Flyers were on the clock with the 17th overall selection in the 2014 draft, many surmised that the team would pick hometown defensive prospect Anthony DeAngelo of Sarnia or forward Kasperi Kapanen (Sami’s son) of Finland. When Hextall announced that the team was proud to select Travis Sanheim from the Calgary Hitmen, the first thought on a lot of people’s minds was “Who?”. Hextall knew who, and one year later, everybody else knew as well. Sanheim turned in a phenomenal season in Calgary with 65 points in 67 games and was easily the Western Hockey League’s best defenseman. In fact, former NHL executive and current analyst Craig Button declared Sanheim as the best defenseman born in 1996, a class that also included Calder Trophy nominee Aaron Ekblad. While many in Philadelphia were debating who was the better defensive prospect between Shayne Gostisbehere and Sam Morin, Sanheim may have passed them both.

Sanheim’s Calgary teammate Radel Fazleev was taken 168th overall as the Flyers knew they could count on alumni Joel Otto, an assistant in Calgary, to provide the necessary tools needed for making the next step. Fazeleev responded with 51 points and another 14 in 17 playoff games. He is quietly becoming one of the steals of the sixth round. 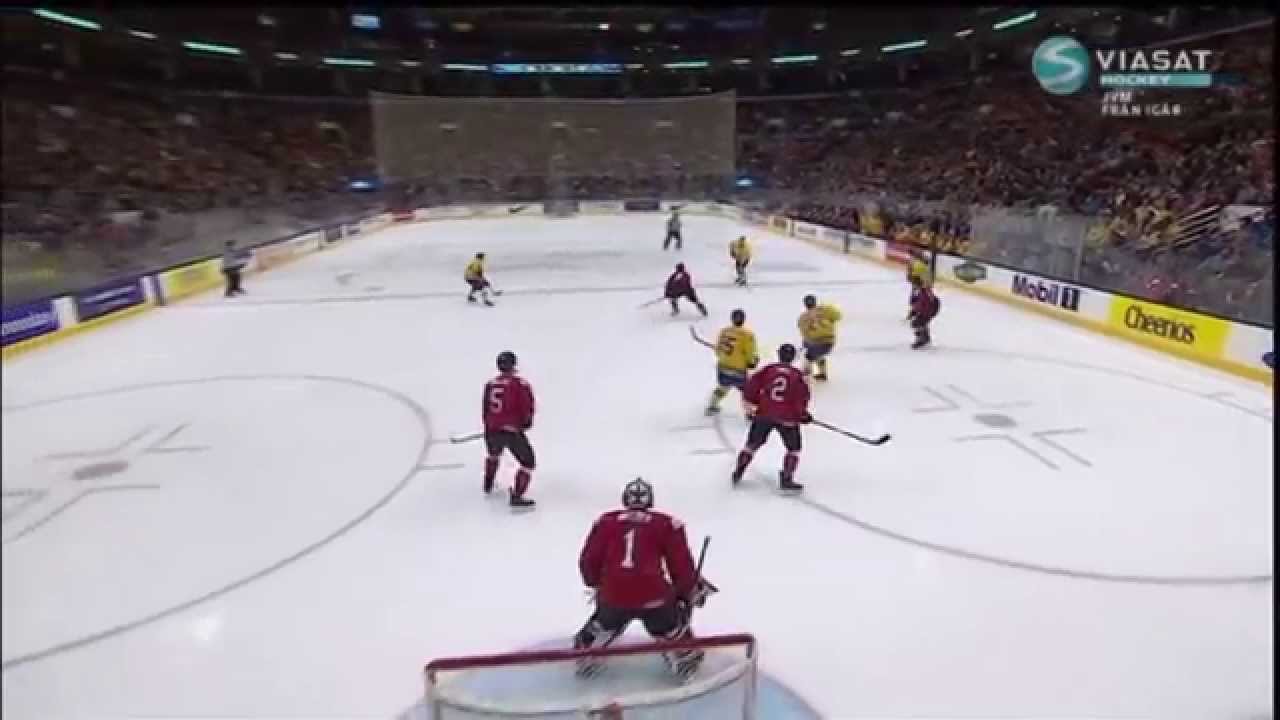 Hextall’s draft was well-rounded and deep and it gives the organization various chips to place in multiple developmental areas. There is no reason to suspect that Hextall won’t repeat his performance this summer as the Flyers pick seventh overall and then again later in the first round in route to selecting five times in the first three rounds and 10 times overall. (For a list of possible targets at seventh overall, check out Shawn Reznik’s summary found here)

Another positive trait displayed by Ron Hextall is his ability to be patient no matter the situation. He declared last May that he would not give up on his young talent; instead, he is more apt to give them longer to develop. When the season was circling the drain, he very easily could have moved a Brayden Schenn or a Sean Couturier. Instead, he remains committed to them as building blocks for the future. Additionally, Hextall is in no rush to promote a high-level prospect simply for the sake of promoting him. He feels strongly that a big way to improve is to play in the American League or another preparatory league in order to gain valuable experience that one simply cannot obtain by learning on the fly.

Once the prospects are ready to make the jump, the current young guys on the roster will make up the core and be in the prime of their careers. In the meantime, Hextall will continue to stockpile draft picks and develop home-grown players that will help preserve the Flyers culture AND keep them in the mix as perennial playoff contenders.