The Columbus Blue Jackets entered the NHL Draft with 10 picks at their disposal. When it was over, the team drafted nine new prospects into the organization.

The team had one major thing to accomplish this weekend. They needed to restock their defensemen. Considering that six of the nine picks went to defensemen, they accomplished what they set out to do.

Their first pick was the eighth overall selection. They needed a top-flight defensemen, and hoped that one of Noah Hanifin, Ivan Provorov, or Zachary Werenski would be available. Since they weren’t able to trade up, they were going to take the best available player at eighth.

Hanifin went fifth to Carolina. Provorov went seventh to Philadelphia. That left Werenski for the Blue Jackets at eighth. It was an easy decision from there. 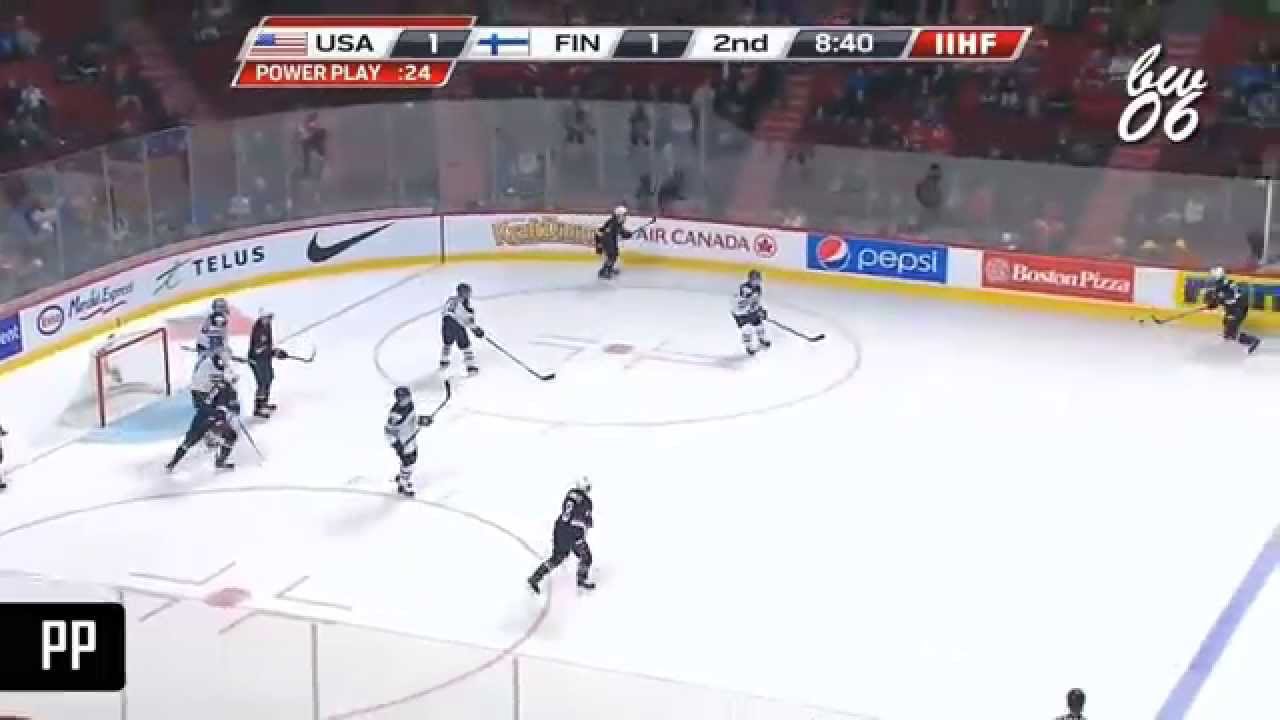 Werenski was the player that the Blue Jackets had their eye on. GM Jarmo Kekalainen even went to the teams above them in the draft to ensure that they would get Werenski.

“We got two good young defensemen growing in our system and we have a lot of forwards, so yeah, we feel good about it,” Kekalainen said. “This is what our goal was before today and we accomplished our goal, so we’re pretty happy right now.”

Werenski says that his favorite movies are Home Alone and Home Alone 2. His favorite non-hockey athlete is Marshawn Lynch. And you’ll probably hear music from Florida Georgia Line when you are around him, as he mentions them as his favorite band.

The first round for Columbus didn’t end with Werenski. They traded back into the first round, and selected big defenseman Gabriel Carlsson with the 29th overall pick. The Blue Jackets acquired this pick from the Maple Leafs in exchange for the 34th and 68th picks.

Carlsson ranked second on Central Scouting’s list of European skaters. He’s considered one of the best defensive defensemen in the draft. He’s also a good puck mover. He’s not known for scoring. But for a true shutdown defender, there might not be anyone better than Carlsson. 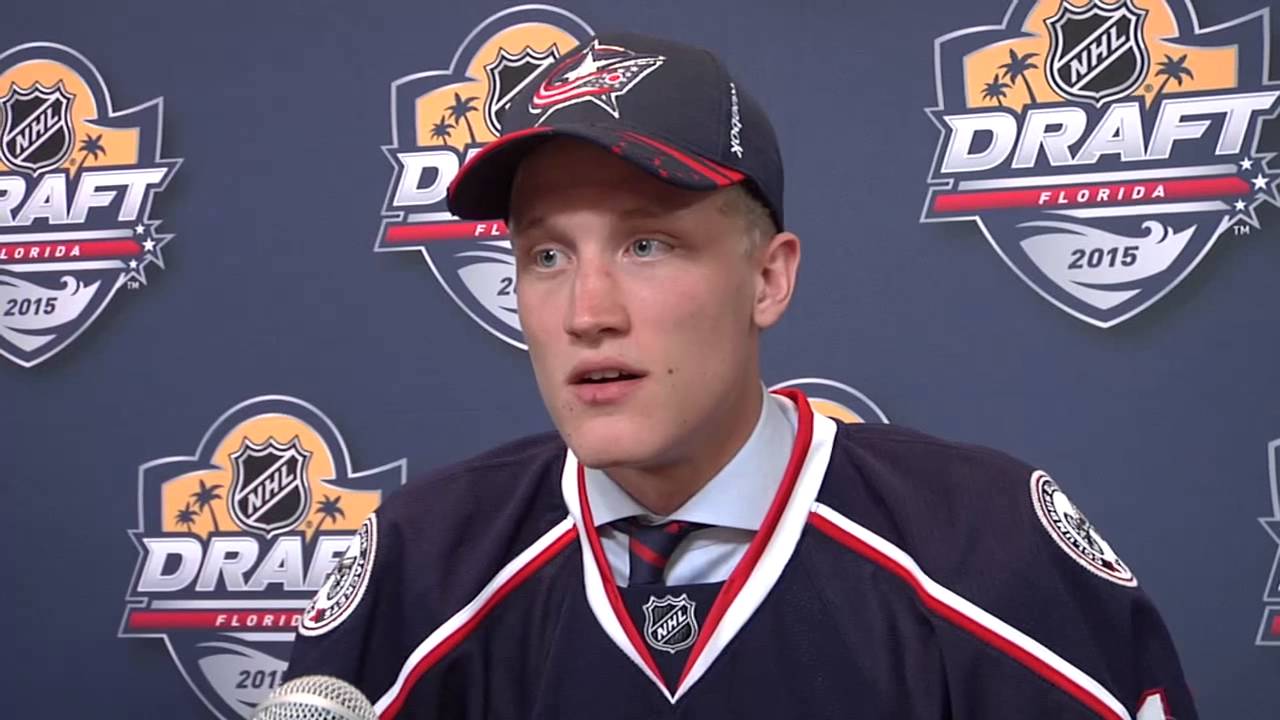 Carlsson says that he models his game after his favorite player, Niklas Lidstrom. He played on a junior team in Sweden in which he registered seven points and a +21 rating in 39 games. If he can develop an offensive game, Carlsson could become one of the best picks of the first round.

Carlsson says his favorite movie is The Pursuit Of Happyness. His favorite actor is Will Smith. When he is not playing hockey or watching movies, you’ll probably find him on a golf course, as he mentions golf as his favorite sport.

With that pick, they selected Paul Bittner. Bittner was one of many projected first round prospects that fell to the second round. The Blue Jackets took full advantage.

Bittner played for the Portland Winterhawks, the same team as current Blue Jackets prospect Oliver Bjorkstrand. As you could imagine, both players were ecstatic when they found out they would stay teammates.

Bittner has played in some big games, including the Memorial Cup as a rookie in 2013. He scored 23 points in 45 games that season. This past season, Bittner was a point per game player, tallying 71 points in 66 games, including 34 goals.

At 6-foot-4 and 202 pounds, Bittner already has the size to play in the NHL. He’s projected to fill out at around 220 pounds. He’s not the kind of power forward you’d typical think of. He combines good hands and smooth skating with his size. He’s a load to handle.

Sticking with the theme of big players, the Blue Jackets used their other second round pick, 58th overall, on Kevin Stenlund. He is a 6-foot-3, 205-pound center, who played in Sweden. He finished last season as a point per game player for his junior team. His performance caught the attention of scouts, as he jumped 36 spots in Central Scouting’s Final Rankings.

Stenlund signed a two-year contract to stay with his junior team on May 30th. The expectation is that he will play in Sweden after going through Blue Jackets camps this summer.

With the 69th pick, the Blue Jackets selected right-winger Keegan Kolesar. Kolesar is a perfect fit for this team. He has the rare combination of skill and toughness.

Kolesar played for the Seattle Thunderbirds. In 64 games this past season, Kolesar tallied 38 points and 85 penalty minutes. He’s not afraid to crash the net. For someone of his size, 6-foot-1 and 217 pounds, he has soft hands and good skating.

Kolesar is known best for sticking up for his teammates. He is the more traditional power forward, who is not afraid to drop the gloves. What sets him apart is that he is a projected Top-6 winger. He will instantly become a fan favorite in Columbus.

When Kolesar is not on the ice, you’ll find him watching either baseball or mixed martial arts. He mentions that his favorite show is How I Met Your Mother. His favorite movie is Beavis and Butt-head Do America.

The Blue Jackets did not have a fourth-round pick. They did have two fifth-round picks. The team used those to select a pair of defensemen, in Sam Ruopp and Veeti Vainio. 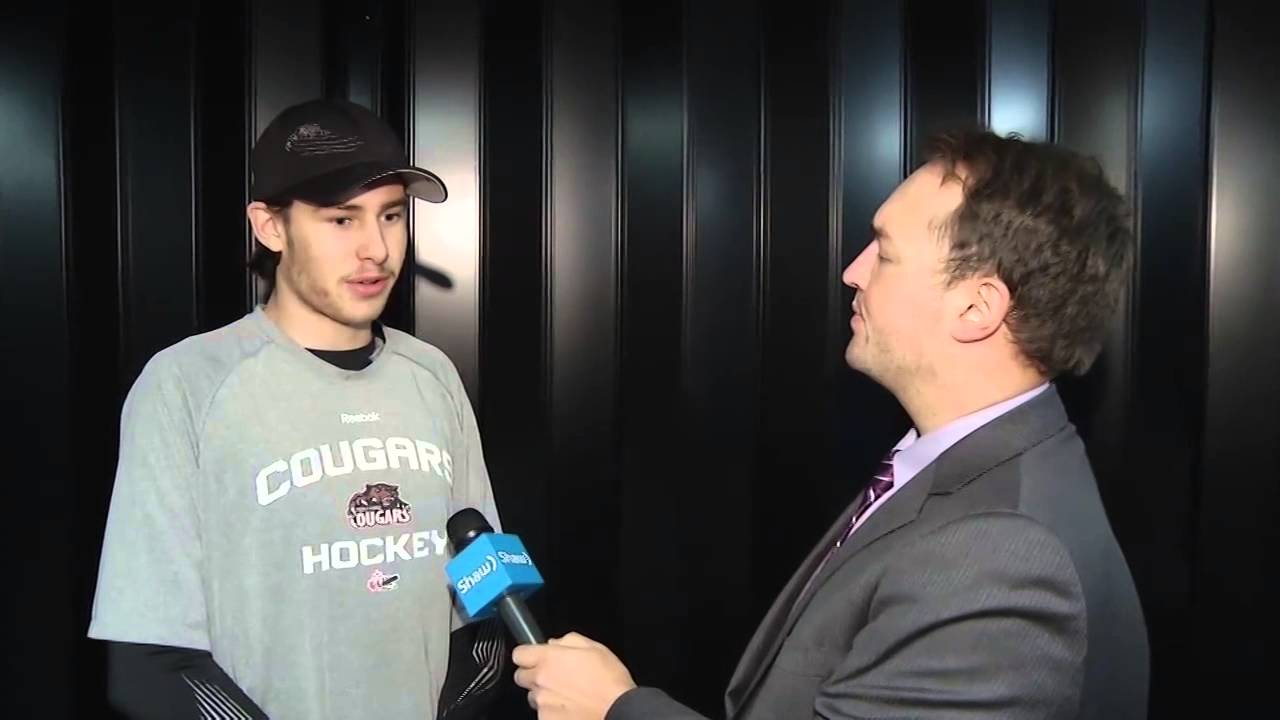 Ruopp spent the last two seasons playing for Prince George of the WHL. Like the other picks, Ruopp has size. He is 6-foot-4 and 179 pounds. He’s someone who is not afraid to drop the gloves, as witnessed by his 140 penalty minutes in 64 games last season. Early in the 2014 season, Ruopp was selected as the 23rd captain in the history of the Prince George Cougars. His teammate was Top Prospect Jansen Harkins.

Vainio played in Finland. He is best known for his offensive skills. He finished with 44 points in 42 games for his Finnish junior team. Similar to Stenlund, Vainio shot up the final rankings. He jumped up 23 spots.

Vainio is 6-foot-2 and 169 pounds. He is a right-shooting defenseman, something the Blue Jackets need in their system. The player known as Veeti is arguably the best pick of the fifth round.

The Blue Jackets used their final two picks of the draft on Slava Gavrikov from Russia and Markus Nutivaara from Finland. Kekalainen tends to use late-round picks on players from Europe. The team has made a recent point of having scouts all over Europe looking for these kind of players.

Gavrikov and Nutivaara are both defensemen with size. The Blue Jackets made it a point to address defense in this draft. It’s a calculated risk the team is taking, considering these players play against men in their respective leagues. If their games can translate to the NHL game, the Blue Jackets get outstanding value for using late-round picks on them.

Up next for the Blue Jackets is the start of free agency. The one thing they did not address is their current roster and their defensemen. Expect the team to see if they can land a defenseman starting July 1st. But as for the draft, it was a job well done for the Blue Jackets.