The 2013-2014 season provided the dawn of a new era in the lone star state. The Dallas Stars underwent numerous changes on and off the ice on the way to ending a five year playoff drought. Offensively, the Stars saw an overall improvement compared to last season.

Dallas’ goals per game increased from 2.67 to 2.82, placing them 10th in the league. The power play struggled greatly this season, finishing 23rd in the league with a 15.9 percent conversion rate, but the team’s five-on-five production saw a slight increase. The Stars jumped from 29th last season to sixth this season in shots per game. Faceoff win percentage increased from 47.2 percent to 50.1. Depth scoring was a constant issue, but when it was provided, the Stars did very well. The two-headed dragon of Jamie Benn and Tyler Seguin incinerated the league with their chemistry and offensive production. Role players saw more responsibility and ice time and rookies saw a bigger role this season than in the recent past. Offensively, this season was turbulent, but the Stars displayed tremendous potential through a young core.

The undeniable leader of the Stars. The risky decision to make Benn captain last summer was definitely the correct one. This season proved it without a shadow of a doubt. Instead of being weighed down by the new role and responsibilities, Benn stepped up his leadership on and off the ice, and the Stars benefited tremendously from it. Even when he was in a funk this season, his will was apparent to try to lead the team to victory. Whether he was fighting Francois Beauchemin after a big hit on Fiddler, taking over a game against the Carolina Hurricanes with two highlight reel goals or blocking shots on the PK, Benn led the Stars to a successful season. His experience in the Olympics helped him learn from some of the best in the world in terms of preparation, will and pressure.

Benn was second on the team in goals, assists and points and was in the top 15 in the NHL in each category. He set career highs in goals, assists, points, penalty minutes and shots, and he led the Stars in plus/minus with 21, also a career high. His four playoff goals led the Stars as they fell short in six games to the Ducks. Benn was third on the Stars in penalties drawn and played on both sides of Dallas’ special teams. He was stellar again in faceoffs, winning 52% this season, and he helped take some of the pressure off Seguin in that department. Benn and Seguin became one of the most lethal duos in the NHL, and they are bringing along Nichushkin to help make one of the most intimidating lines in the league for years to come.

Unfortunately, Peverley’s season was cut short before he could contribute to the Stars’ final regular season push and post-season play. Just before his terrifying cardiac incident, he was plugged in as the right wing on the top line and averaging over 15 minutes of ice time. He was brought in as part of the Seguin trade because of his strong two-way play, faceoff prowess, experience and versatility, and the Stars put that to use throughout the season. He was moved between center and winger and saw time on all four lines. His possession stats were mid-range on the Stars and his zone starts weren’t the most favorable, but he won 60 percent of his draws and played both sides of Dallas’ special teams. He tallied 30 points while averaging over 15 minutes of ice time per game.

Even when he was out of the lineup, Peverley’s presence and determination to return to the ice provided a positive influence for the rest of the team. Peverley was nearly the whole package for the Stars. Hopefully the medical procedure done in the offseason will help permanently correct his abnormal heart rhythm for a longer, healthier life on and off the ice.

It’s a little tough to gauge Sceviour’s season. He set the AHL on fire and continued to set ablaze the NHL in his first call-up of the season. His second promotion didn’t necessarily see him do too well in terms of production, but he was a steady presence on the ice. The problem with Sceviour is that he is 25. He isn’t a developing teenager anymore. He is at the age where it is time for him to show what he’s got. His time in the AHL and first call-up to the big club this season showed promise, especially with three goals in his first four games in the NHL this season.

Sceviour then hit a speed bump in which he registered three points in the next 12 games, eight of which started his second call-up. He ended the season with eight goals and 12 points in 26 games and three points in six playoff games. The second half of his season showed much less in terms of having “something special” and was more along the lines of a reliable, hard-working depth forward.

The most popular agitator in victory green really stepped his game up this season. As part of the menacing second line with Cody Eakin and Ryan Garbutt, Roussel showed that he is more than just a pest. He is more than just a fighter. Roussel is known for those aspects of his game along with brutally finishing his checks and speedy hustle. This season, he used all of those characteristics to be part of a shut down and counter line for the Stars.

Roussel’s 29 points were good for 10th among Stars forwards, and he was tied for sixth on the team in goals with 14. He was second on the Stars in hits, and he drew the most penalties on the team this season. For an agitator playing nearly four more minutes per game in a more important role than he had last season, this season was a big success for Roussel. The biggest drawback of Roussel’s game is the ill-advised penalties he tends to take. His 209 penalty minutes led the Stars this season, and it wasn’t even close. The next closest teammate was fellow agitator and linemate Garbutt with 106. If he can cut out the mindless offensive zone penalties, his grade will only get better. 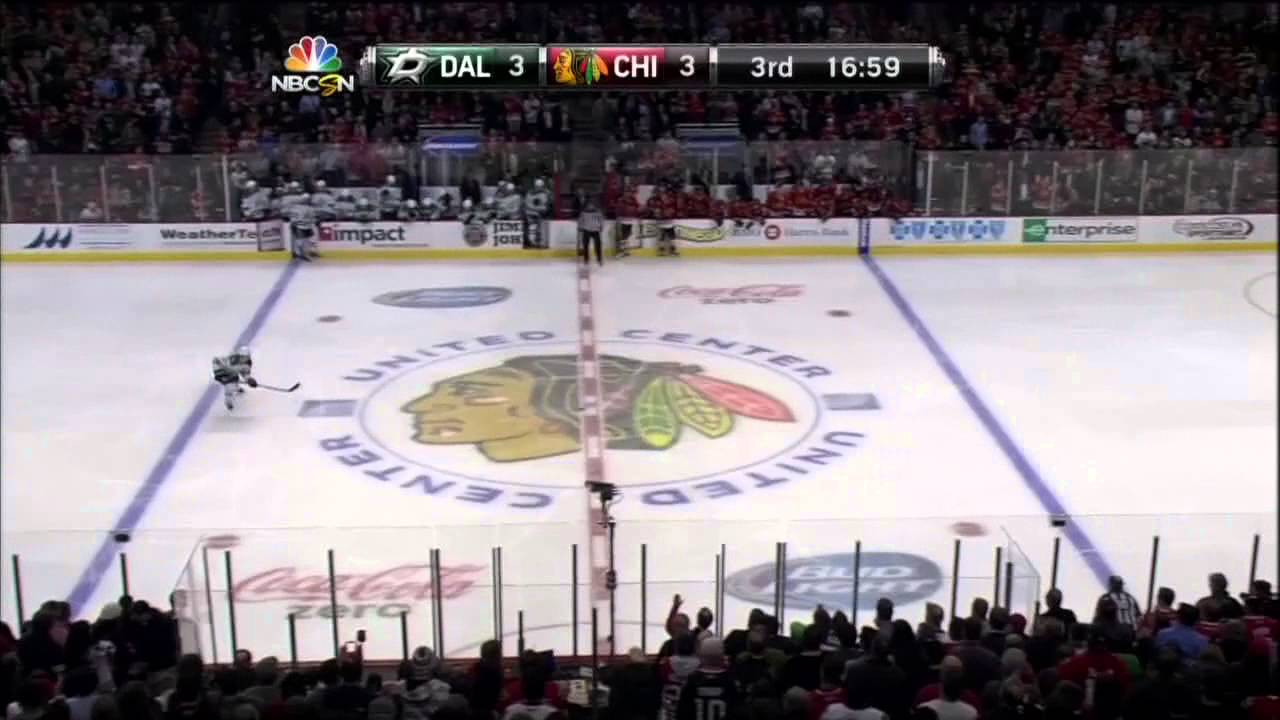 This season was a tale of two chapters for Horcoff. His play in the first chapter mirrored what was expected of an aging bottom-six player in a new system. The second chapter began in the final 10 games of the regular season and peaked in the postseason. He didn’t put up a lot points in that span, but his general play improved at both ends of the ice and his ice time went up. Horcoff was reborn in the playoffs. He led the team with six points in six games, but more impressive than his production was his play away from the puck. His speed and tenacity went up a level in the playoffs. His average ice time increased from 12:52 to 14:13. He was strong on the forecheck and his play behind the net and along the boards led to numerous turnovers and scoring chances for the Stars.

Horcoff finished the season with 20 points in 77 games while mostly being looked at as a PK specialist and bottom-six checking line winger. It’s hard to overlook a lackluster regular season, but his play down the stretch and in the playoffs was so strong it almost masks his play for the first six months of the season.

Cole struggled with consistency and production this season. If there is one thing Cole is known for, it is his strong drive to the net. He knows how to effectively put his head down and barrel his way to the front of the net with the puck. Even that, however, was a struggle for Cole this season. His speed and balance went through stretches where they seemed to trail off this season. He was not able to take the puck to the net like he used to last season and years before. He did provide some depth production and helped the team to several wins mid-season with red hot December.

Near the end of the regular season and into playoffs, Cole’s play took a steep dive. He failed to register a point in the final nine games of the regular season. Cole finished the year with 29 points in 75 games and a woeful minus-17, second worst on the Stars. Lackluster play and injuries led to him only playing in three playoff games. He failed to record a point in the three games and ended up with two shots, two penalty minutes (on a mindless offensive zone penalty thanks to frustration) and a minus-3. Younger, less experienced options replaced him in the lineup during the most important time of the season. That should pretty much explain his season.

Though not much was expected of Jeffrey after the Stars claimed him off waivers from the Pittsburgh Penguins mid-November, but two goals and an assist in 24 games was still disappointing. His best game of the season, and easily the most noticeable game he played all year, came against the Washington Capitals on Apr. 1 when he scored both of his goals and registered a plus-3 in only 8:07 of ice time.