Value him too much you say? Won’t matter you say? Clearly, this person doesn’t watch or follow a whole lot of hockey because they’d have known that Campbell is an integral part of the Bruins’ toughness. To make that statement is a very pigheaded thing to do.

Any team would love to have someone of Gregory Campbell’s heart and toughness and his loss did hurt the Boston Bruins going into the Stanley Cup Final. The Bruins and Blackhawks were engaged in a very physical series where players on both sides were getting banged up. Campbell’s presence would have given the Bruins some more depth and another tough body on the ice that can withstand the physicality of the Chicago Blackhawks.

The Boston Bruins had some serious question marks on who to dress to take Campbell’s spot in the lineup. Kaspars Daugavins ended up getting the nod and he didn’t exactly play all that great. He should have ended Game 1 of the Stanley Cup Final when he had Corey Crawford beat, but just simply missed the net.

Campbell was missed in that moment.

Campbell is pretty humble about his effort that night. He refuses to sign any picture of the injury because he doesn’t want to be known as the guy that played on a broken leg. Try as he might, that will be the lasting legacy of Gregory Campbell upon his retirement from the league and it’s not a bad thing to be known for. Campbell said he’d rather get more attention for hoisting the Stanley Cup than his injury, a pretty obvious thought.

Not only did he matter to Bruins fans in that moment, but also received a lot of respect from players and coaches around the league.

Not a “Cream of the Crop” Type Player

Another point that was trying to be made was that Campbell was not a “cream of the crop” type player. True, but not every player has to be.

Gregory Campbell is a fourth line player. Plain and simple. He isn’t meant to be a scorer and an “elite” player. He is there to provide toughness and a goon-esque quality to a team. Every Bruins fan knows this and knows his role.

In order for an NHL team to be successful, you must have a roster made of different types of players, playmakers, defensive minded players, goons, etc. The Pittsburgh Penguins had a roster full of great players and look what happened to them, swept by Gregory Campbell’s Boston Bruins.

That’s not to say that Campbell can’t score as well because he can. Campbell scored two goals in the series clinching win over the New York Rangers. 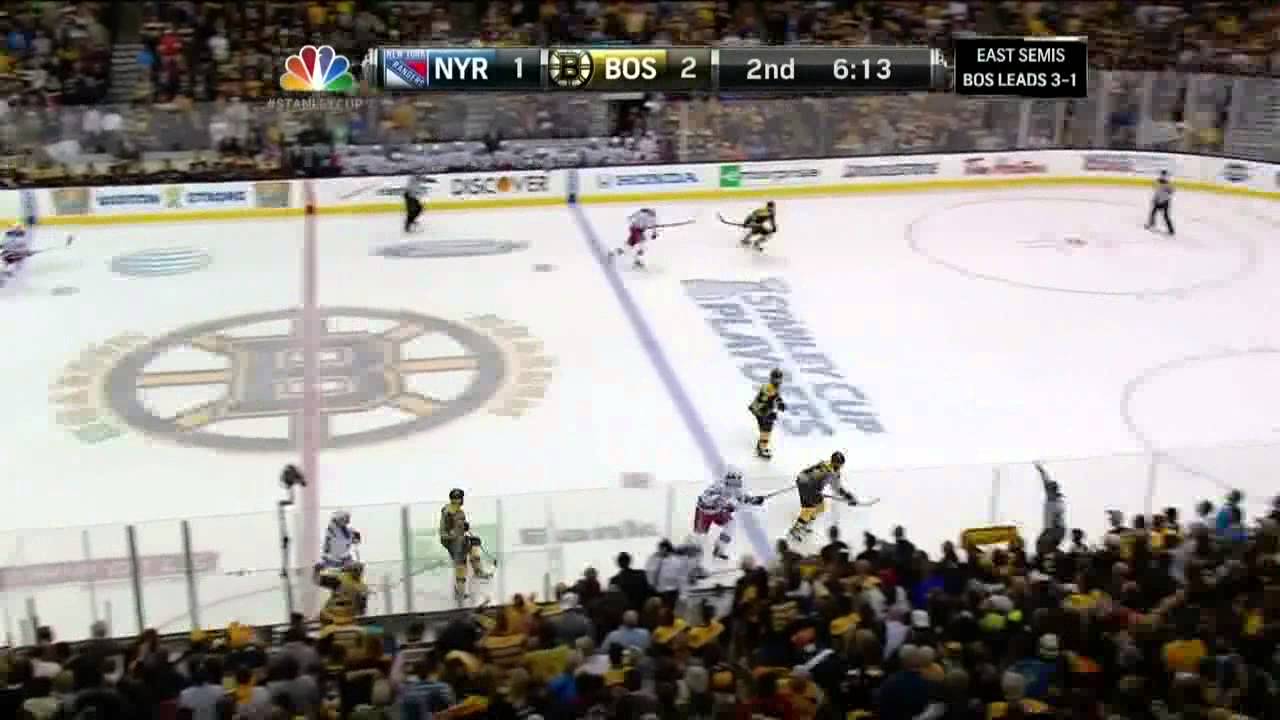 A game the Boston Bruins won by two goals. If Campbell wasn’t in Boston, who’s to say if Boston holds on to win that series. Henrik Lundqvist is an elite goaltender and could have gotten hot and Tuukka Rask and the Bruins have blown 3-0 series leads before. It’s a bit of a stretch I know, but Campbell was a huge part of the Bruins playoff success.

Now to a fair weather and novice hockey fan, Campbell’s stats may not be eye popping, but you have to look further than the goals stats and the points scored in order to find how much Campbell matters.

Gregory Campbell is a great on faceoffs, a superb penalty killer (he can do it on one leg), and is willing the fight anyone on the ice for his team. Campbell is also a guy that will do anything for his teammates and a very selfless player on the ice.

He’s not going to ever have Sidney Crosby or Alexander Ovechkin-esque stats, but he does all of the little things that makes the Bruins a successful team. I’d rather have someone like Gregory Campbell on my team than someone like Ovechkin.

In a city known for it’s toughness and ability to persevere anything it is handed, Gregory Campbell fits right in. If you say otherwise, you should please stop watching the game of hockey.

Do you think Bruins fans value Gregory Campbell too much or not? Comment below or send me a Tweet, @MarkWGraham

4 thoughts on “Gregory Campbell Does Matter, Thank You Very Much”