Swiss hockey is becomming a big deal. The NHL sets the bar high as far as talent and wages go but hockey is also a serious business throughout Europe. The NLA of Switzerland being top of that business as far as highest average attendance in Europe goes, not bad from a country of only 7.8 million people compared to 142 million in Russia. The NLA is now one of the most attended hockey leagues in the world, with higher average attendances than the AHL of North America. Even the Swiss NLB, the second tier of Swiss hockey drew more crowds than the hockey leagues of Great Britain, Norway, France, Denmark and Italy.

Not only has it become the most popular league in Europe, the crowd numbers in the NLA have also been steadily on the increase in the past 5 years:

The hockey team of the nation’s capital, SC Bern had an average attendance of 15856 in 2010/2011, by far the most in Europe and more than the average attendances of NHL teams, Dallas, Colorado, New Jersey, Anaheim, Columbus, Atlanta, Phoenix and the NY Islanders.

One reason for the popularity of hockey in Switzerland is the atmosphere in the stadiums. Not to be confused with hooliganism (see heading below), Swiss hockey games are passionate affairs and involve custom team songs with fans often having different chants for each of the teams they play. Lausanne fans shown below: 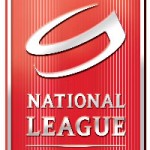 The NLA consists of 12 teams playing a total of 50 games. There are no divisions or conferences and as in the NHL, the Swiss Champion is the winner of a best-of-seven playoff series. The bottom 4 teams in the league after 50 games, play a relegation tournament with the loser battling the winner of the second tier NLB to play in the top flight for the next season.

The teams in the Swiss NLA for the 2011/2012 season are: (stadium and capacity in brackets)

Davos has won the most Swiss championships with 30, followed by Bern with 12.

Last season, the Kloten Flyers and HC Davos faced off in the NLA playoff final with Davos winning the series and championship in 6 games. A great compilation of the playoff final series from Swiss TV is shown below, including the final seconds of the historic 30th championship winning game.

The NHL lockout of 2004/2005 was a huge boost for Swiss hockey. The influx of  NHL talent such as Joe Thornton (Davos), Rick Nash (Davos), Niklas Hagman (Davos), Danny Briere (Bern), Dany Heatley (Bern), Martin St. Louis (Lausanne) and Alex Tanguay (Lugano), forced sport fans to take notice and hockey began rivalling football (soccer) as the Switzerland’s top sport. The HC Davos team featuring Thornton, Nash and Hagman won the Swiss Championship easily in the lockout season, such was the impact of these players on the ski resort town in the mountains of Switzerland. Thornton stated in several interviews that he loved his time in Switzerland and he also met his wife Tabea while playing in Davos.

One of the biggest coups ever by a Swiss team occurred in 2009 when the Zurich Lions defeated Russian club Metallurg Magnitogorsk in the 2009 Champions Hockey League. By winning the tournament, the Lions were entered into the Victoria Cup against the Chicago Blackhawks on September 29, 2009. Zurich consequently stunned the hockey world by defeating the full-strength Blackhawks 2-1 and winning the Victoria Cup.

The effect of hooliganism on sport in Europe and particularly on civil Switzerland cannot be underestimated. Being a former season ticket holder of an NLA team, flares, tear gas, fights, stadium riots and fan taunting at hockey games were not uncommon occurrences. Not near the level of the problems football ultra’s cause in Switzerland, the hockey fans in most part are well-behaved and misrepresented, mainly by 18 to 30-year-old male youths looking to cause trouble. As in football, the most intimidating crowd actions often occur before and after the games in the streets surrounding the stadium.

Several NHL players have called the NLA home over the past decade, often moving to Europe to play a more compact schedule of 50 games rather than the regular 82 in the NHL, helping them to mend their bodies. Former NHL players currently in Switzerland include:

The success of the NLA in Switzerland has had a direct influence in the success of Swiss national team, as the majority of the national team plays in the Swiss league. After defeating Canada at the 2006 Olympics, the Swiss national team made news again during the 2010 Vancouver Olympic Games, when they forced Team Canada to overtime after a tense 2-2 over 60 minutes. The Swiss eventually lost the game 3-2 but made the qualification playoffs, defeating Belarus and eventually bowing out to the Americans in the quarterfinals. According to IIHF rankings, Switzerland is currently ranked 7th in the world, higher than both Germany and Slovakia.

Young Swiss Players In The NHL

Nino Niederreiter, selected at 5th overall by the Islanders in 2010 was the highest ever drafted Swiss skater. Also selected in 2010 was Mauro Jorg at 204th overall by the Devils. In 2011, 2 more Swiss players were drafted by NHL teams, Sven Baertschi at 13th overall by Calgary and Gregory Hofmann at 103rd overall by Carolina.  Niederreiter’s decision not to stay in Davos, instead declaring himself eligible for the Canadian Hockey League Import Draft and being selected by the Portland Winterhawks, was not well supported by Swiss hockey officials but ultimately seemed like the right decision as ‘El Nino’ scored his first goal for the Islanders on October 13th, 2010, becoming the youngest ever player and goal scorer for the New York team.

1 thought on “Swiss Hockey – An Analysis Of The Swiss NLA”