The Oilers will be without Taylor Hall for 4-6 weeks. [Two Pad Stack]

Jaromir Jagr is expecting to be traded soon. [NJ.com]

Jamie Benn and Tyler Seguin might be facing trouble for their comments about the Sedins. [Van City Buzz]

Seguin returned to Boston. So let’s revisit his trade. [Bostinno] 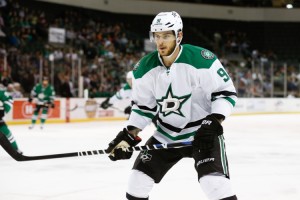 Antoine Roussel may be facing discipline after his crosscheck on Adam McQuaid. [Yahoo]

Some players the Penguins should go after. [Pens Labyrinth]

Coaching should be partly to blame for the struggles in Pittsburgh. [Pensburgh]

Will the Red Wings be trading for Andrej Sekera? [Winging it in Motown]

The latest controversy in Leaf land? David Clarkson and his coach talked. [Sportsnet]

Dave Nonis hasn’t made the best decisions in Toronto. [CBC]

The NHL is facing a growing lawsuit from former players. [Fansided]

And finally, the worst player/team breakups in history. [Grantland]