It’s almost unbelievable the bad luck the Penguins organization has had involving players health. In particular Pascal Dupuis, who is out at least six months with a blood clot. [Fansided]

What are the potential replacement options in Pittsburgh? [Pensburgh]

Is Claude Giroux injured or not? Who really know? [Puck Daddy] 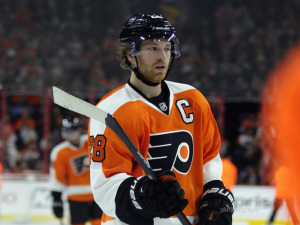 A hockey round-table answers the question: will the Flames make the playoffs? [Hockey Buzz]

The Oilers made a trade! Don’t get too excited. [Edmonton Journal]

The Oilers are really bad. But they still make a lot of money. [Oilers Nation]

Jake Allen will play in front of his family for the first time. [Blues.com]

Not even the microphones are working in Toronto. [Huffington Post]

Slava Voynov has been charged with a felony. [Globe and Mail]

The Avalanche aren’t in the market for a goalie. [Nichols on Hockey]

And finally, enough with the Sidney Crosby is a whiner stuff. You’re just jealous. [Pens Initiative]