Seriously, why is Zac Rinaldo in the NHL? [Puck Daddy]

Connor McDavid is on top of the midseason rankings, but he’s not resting on his laurels just yet. [National Post]

Is the Leafs free-fall calculated? [Globe and Mail]

Alex Ovechkin broke a camera with his shot. [Sports Illustrated] 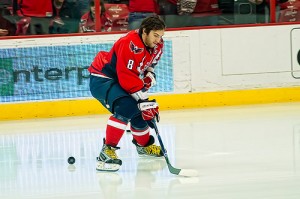 Craig MacTavish is willing to deal one of his first round picks. [Nichols on Hockey]

The Oilers are showing some push back and winning games. Is the tide finally turning? [Oilers Nation]

Seemingly out of nowhere, the Islanders are becoming a model franchise for how to rebuild. [The Fourth Period]

Is there a goalie controversy brewing in Calgary? [Hockey Buzz]

NHL expansion to Las Vegas will cost a pretty penny. [The Score]

Doesn’t look like Martin Brodeur has a future in St. Louis. [Bleedin Blue]

And finally, Sean Avery is writing about stuff. [The Players Tribune]