After a tremendous 22-game start for the Washington Capitals, many reasons for the team’s success are turning into valid explanations. The team is fantastic in puck possession. Justin Williams and T.J. Oshie have not disappointed one bit. Evgeny Kuznetsov is turning into a superstar while Nate Schmidt and Dmitry Orlov have caught fans’ attention after so many positive accolades from the analytics community.

Since hockey is one of the greatest team sports in the world, it is important to analyze each and every player, no matter how small their roles are. In the olden days, one stat that could be used for such analysis was plus-minus. However, there are times that a goal scored or a goal given up is not the direct result of one individual player’s actions. If any goal were to occur at even strength, all five skaters on the ice receive either a minus-one or a plus-one on to their total rating, no matter any skater’s involvement in the play of the resulted goal. One perfect example of the weaknesses of plus-minus is Alex Ovechkin’s -35 rating from his 2013-14 season.

One statistic that can improve the context of a skater’s plus-minus in recent years has been PDO: the sum of a team’s or skater’s on-ice shooting and save percentage at even strength. Like batting average with balls in play (also known as BABIP) for baseball, PDO is considered a luck-based statistic even though there are valid arguments that it could be a talent-based one as well. More on that debate will be discussed later on. To have a PDO of 100% means that a skater or team is not suffering through any bad “puck luck”. If one were to achieve that sum above 100, that is considered lucky, while anything below that is considered unlucky. That is because over the span of an 82-game season, it is difficult to have such extreme values in PDO and, if all shots are created equal, everyone is expected to regress towards the league-average mean.

To go back to Ovechkin’s 2013-14 season, his -35 came from a -27 rating from just even strength goals and he was under 50% of his on-ice shots on goal go in his favor during even strength. But as Peter Hassett of Russian Machine Never Breaks describes beautifully in this youtube video, you can see that there were other factors involved in Ovechkin’s bad plus-minus that were outside of his control. 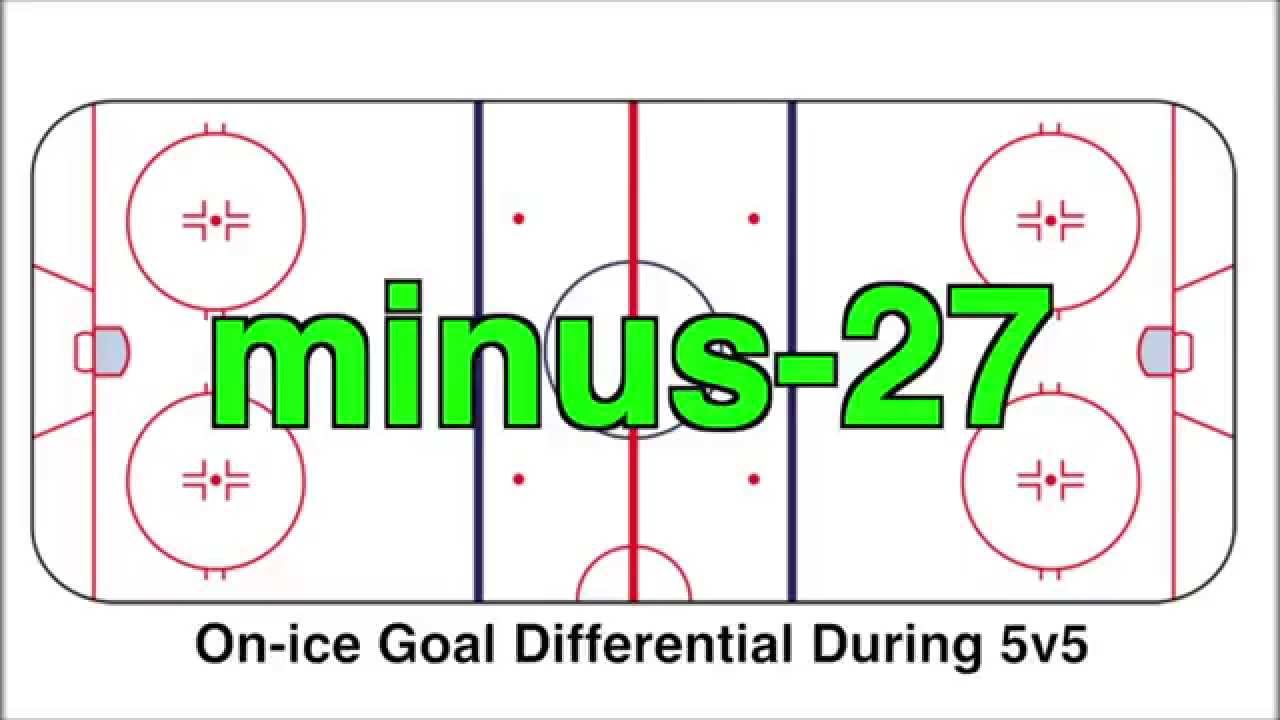 As for that poor shot attempt percentage that season, the vast majority of the blame lies on the poor coaching of Adam Oates that resulted in him losing his job.

With the explanation of PDO out of the way, let’s take a look at how the Capitals players are doing in that category this season. It has been widely recommended that randomness in on-ice percentages is better analyzed by looking at the individual components, however, so that is what will be presented for this analysis.

It has been no surprise that the top six of the Washington Capitals is much better than in years past, but one thing that could be triggering that success has been the ridiculously high on-ice shooting percentages of the second line. Not a single player out of the group of Evgeny Kuznetzov, Justin Williams and Marcus Johansson are seeing shots go in less than 9.82% at even strength.

One revelation that has been popping up throughout the course of the season has been the reversed roles of the top two defensive pairs. Karl Alzner and Matt Niskanen have taken over as the team’s shutdown pair and being on the ice with no less than 93.14% of their opponent’s shots saved has certainly been an added benefit to their great season. On the other hand, the John Carlson-Brooks Orpik pairing has been struggling mightily and the biggest culprit could be some bounces not going their way. While John Carlson is only seeing 6.76% of his team’s even strength shots go in the back of the net, Orpik is dealing with a team-worst 87.96% on-ice save percentage. Even if Carlson and Orpik may not hit the levels they reached in 2015, they also shouldn’t be this marginally worse either by season’s end.

While there is no denying that Washington’s bottom pair defensemen have either played really well or not hindered the team, it is important to note just how lucky they have been as well. For example, it will be extremely difficult to have Taylor Chorney maintain his PDO of well over 107. The same can be said of Dmitry Orlov’s 10.95% on-ice shooting percentage and Nate Schmidt’s on-ice save percentage of 93.57%. Both Chorney and Orlov’s extreme PDO’s have resulted in having them be the luckiest defensemen on the team by a comfortable margin.

Lastly, for those that are Brooks Laich fans, look away, right now! His 94.4% PDO is easily the worst on the team among those that have played the majority of the season.

From here, we can continue on looking at more experienced players like Ovechkin, T.J. Oshie and Nicklas Backstrom and proclaim that they too will worsen as the season goes along because of their high on-ice shooting percentages. However, they have enough evidence to prove that that may not be the case. According to the now defunct Oilers Blog Boys on the Bus, it is believed that on-ice percentages begin to stabilize for each skater after seven years worth of data. While the article no longer exists, it has been quoted from Sean McIndoe’s explanation of on-ice percentages on Grantland. With that in mind, let’s compare the on-ice percentages of each Capitals player from this season in comparison to their work from the beginning of the 2009-10 season onwards.

For the likes of Stanislav Galiev up to even Jay Beagle or Marcus Johansson, this might not be a good time to analyze their true talents based on percentages because they have not played enough games to warrant complete conclusion. For example, Andre Burakovsky still holds a career on-ice shooting percentage of 9.62% while only seeing that number drop to 8.08% for this season alone.

However, you can see that Ovechkin, Oshie and Backstrom are fantastic offensive players that should be expected to see their on-ice shots go in the net higher than the league average. Even if their on-ice save percentages are not at league-average, both players have a history of great shot attempt percentages that have negated goals from being given up at the other end. Such a history of good fortune could even benefit the reputation of someone like a Jason Chimera, who through 468 games since the 2009-10 season, has experienced an on-ice shooting percentage of 8.12%.

Speaking of over-inflated reputations, Brooks Orpik’s on-ice shooting percentage over the last seven years has been 9.22%. That is the highest out of any Capital that has played over 400 games during that span. While that number has dropped to a still respectable 8.06%, it’s the on-ice save percentage that has really plummeted this year in comparison to his seven-year span. For a player that has never been great at puck possession and is hitting the latter stages of his career, this will be something very important to pay attention to.

As for John Carlson, his history of good puck possession, yet not elite on-ice save percentage is interesting as well. However, a percentage in a half drop below his expected on-ice shooting percentage should not continue if he is truly the best well-rounded defenseman that Capitals have and, thus, his overall play should improve as well.

While some players on this team are having great or poor seasons, it is always important to put things in context and PDO is a great statistic to do so. With 59 games to go for the Capitals, there is still plenty of time for the skaters to change their luck to put out and put out the best seasons possible based on mostly talent.