I was fortunate and very appreciative to have the opportunity to interview Hamilton Bulldogs President Steve Ostaszewicz. Since his hiring in June of 2012 the front office team has been concentrated on the next evolution of the brand.

When he was hired his immediate plan to reconnect with the local communities or “reigniting the brand”. The Hamilton Bulldogs owner Michael Andlauer has this to say of Mr. Ostaszewicz,

“Steve brings a considerable amount of experience in both the business and hockey worlds to our team”.

His prior experience in the hockey world includes being the Graduate Assistant Sports Information Director at Niagara University (1999-2001), Director of Communications for College Hockey America (2000-2001), Manager of Multimedia for the Columbus Blue Jackets (2001-2003), and Agent/Family Advisor for Top Shelf Sports Management Inc (2008-2012).

Steve is very articulate and has great vision for the future of the Hamilton Bulldogs. In terms of of reigniting the brand Steve says,

“It is a work in process, it is not something that happens overnight. I saw this past summer with some of the new corporate partners brought on board. There is a demand to be connected with our brand which is great to see.”

The Bulldogs have a new multiple year radio partnership with local Hamilton, Ontario talk radio station AM900 CHML to broadcast all games, and have new three year deals with two other major sponsors.

Steve says, “You don’t get those types of deals if your brand is weak.”

The Hamilton Bulldogs are heading into their 18th season in operation. This makes them the longest serving non-NHL professional hockey franchise in Canada. After 18 years the brand can become stale. 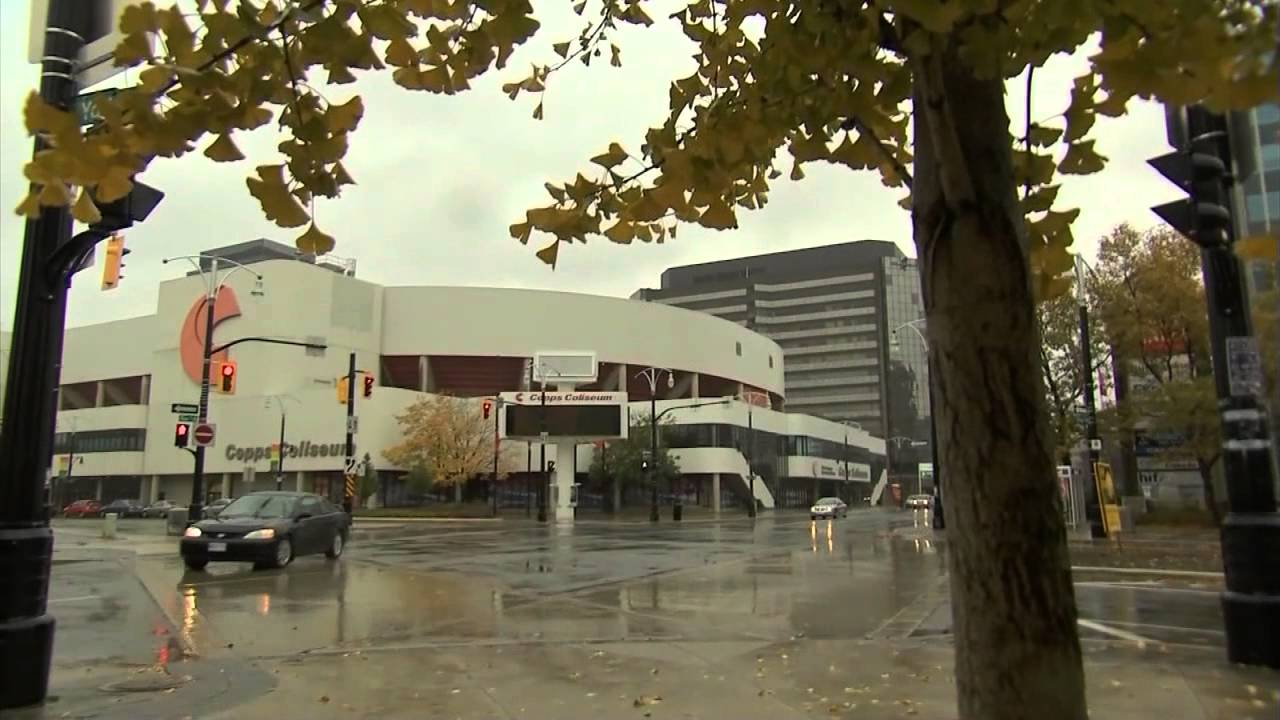 Some of the ways the Hamilton Bulldogs have been innovating the brand have been in terms of Copps Coliseum.

“Over the summer here the building underwent a substantial renovation in terms of a refreshment of the interior of the building. Some new technology coming on board as well early in the season.”

The biggest change will be the feeling and atmosphere in the building as Steve Ostaszewicz describes.

“The feel or the change that you will experience is from the moment that you arrive at the arena. Now, keep in mind that Global Spectrum took over management of the facility on March 1. They’ve spent the whole summer working through their event plan. So, Global Spectrum provides us with our ushers and ticket takers. So that experience from the moment you arrive at the arena, to when you leave the arena will be different. It is a different mindset. It is very customer centric.”

The Bulldogs President, Steve Ostaszewicz, also indicates that a large investment has also been made in the game day operations.

“From a game operations perspective there’s been an evolution in the building in that we’re going to be adding LED technology and we expect to have that in place in the month of November at some point. That will change the game experience immensely.”

A key part of this change in experience is the investment made by the Bulldogs in the staffing surrounding the game day experience.

“We’ve also added staffing in terms of full-time resources to our game day production. For example, we have a in game host that is now a full time employee of the team. Our game day producer has NHL experience. Again it is all part of that evolution of the brand.”

“All we have done is reinforced and enhanced. Evolution is the key word here. We will continue to evolve through our 20th season and hopefully many more years beyond that. “

Aside from the changes to the building and game day experience the Hamilton Bulldogs are very conscious of grass roots marketing. They also very much value the local community and the support received from it.

“We have to take care of those that support us. What I mean by that is the community exhibition games, the intrasquad games; those are chances for us to give back to the associations that support us throughout the season.”

The Bulldogs accomplish this through their community skate and community practice programs. As well their exhibition games and intrasquad game this season.

The will play at Sixteen Mile Sports Complex in Oakville, Ontario September 27th, then at the Community Centre in Cobourg, Ontario, and lastly at the J.L. Grightmire Market Street Arena in Dundas, Ontario (The former winner of the Kraft Hockeyville game). See the full announcement below:

“We’ve put together a new fundraising program for not only minor hockey, but for youth groups, boy scouts, girl guides, etc. that they can re-sell our ticket and basically pocket the difference. They can sell them up to our game day price and they are able to use that as a fundraising tool.”

If you have attended a Hamilton Bulldogs game in the past you might remember the 50/50 going to a local association as a fundraiser. However there have been changes in terms of the licensing for 50/50 draws and these associations are no longer permitted licenses for this. Steve indicates that the 50/50 money will now be going to the Bulldogs Foundation. Where it will largely fund the Dawgs Breakfast Program.

The Dawgs Breakfast program has been a big contributor to some of the schools in the City of Hamilton. The program provides over 2,000 students with breakfast. The total commitment made by The Hamilton Bulldogs and their partners The Grocery Foundation and Quaker (Division of PepsiCo Foods Canada) is $225,000. This program has been active at Barton Secondary School, Bennetto Elementary School and Parkview Secondary School.

Aside from their Foundation programs the Bulldogs also incorporate their players into their marketing plans. They have them connect with the fans in the local community as much as possible. On September 6th Hamilton Bulldogs goaltender Robert Mayer spent time calling seasons ticket holders.

As part of the biggest change within the business of the Hamilton Bulldogs, President Steve Ostaszewicz indicates that collaboration with Global Spectrum has been key.

“We’re together at the table sharing best practices, always trying to find a better way. We’re never satisfied with what we are doing. We want to be constant in that evolution.”

Even throughout the rest of the year the two partners are continuing their close collaboration. Both the Bulldogs and Global Spectrum staff attend each other’s leadership meetings in an effort to better serve the fans.

” (Collaboration) is huge because we are partners, Global Spectrum and the Bulldogs are partners. In not only the management of the building, but in what we do when we get those guests here.We’re collaborative in nature, we’re working together and that would probably be the single biggest change that I would say is, everything that we do we’re hand in hand, we’re step in step.”

“We’re not always going to agree but at the end of the day we are putting our fans first, front and center. We appreciate the commitment that they show to us and we’re trying to give thanks by putting together the best possible entertainment experience.”

In terms of Mr. Ostaszewicz’s goal of “re-igniting the brand” he indicates that it is clearly not an overnight process. It is a long term strategy and commitment to the City of Hamilton and the surrounding area.

In recognizing the difficult economic times we face, the Hamilton Bulldogs are truly affordable family entertainment. This is a big organizational push to remain an affordable option for people to divert their entertainment dollars.

“Our single game ticket, the cheapest one is $20 in advance. If I go to the moves, depending on where I go, I am looking at a $12 ticket just to get into the movie. Then if you buy it as part of a flex or seasons package it’s even less. If you come as part of a group there’s also additional discounts.”

The Bulldogs now play two games per season at the Bell Centre in Montreal, Quebec. Therefore they give seasons ticket holders two vouchers for each game lost as the seasons tickets, naturally, do not apply to games played in Montreal. 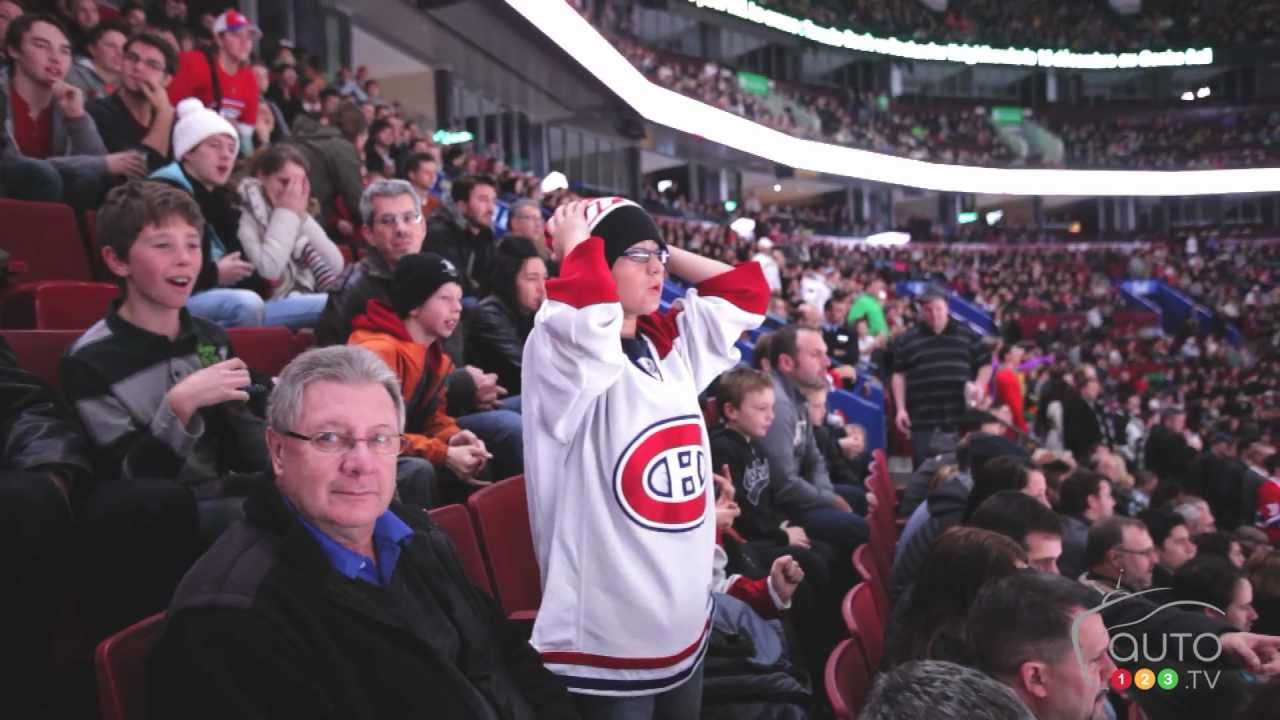 A big part of any business is taking risks when looking to evolve your brand. Steve Ostaszewicz has this philosophy on taking risks.

At the end of the day the Hamilton Bulldogs and the American Hockey League are an entertainment based business. Steve believes that culture needs to permeate through the organization and it’s employees.

“We’re entertainment, we’re fun. This is a fun business. We sell fun and if we are not having fun selling fun then we’ve got to continue to look at how we evolve our culture. We’re selling affordable family entertainment and when you see those families leave the games, smiling, having fun, high fiving, we’ve done something right.”

When asked what is the most satisfying part of the job and what he wakes up and looks forward to in the morning as President of the Hamilton Bulldogs American Hockey League franchise Steve had this to say.

“I don’t know that there is any one particular thing, but I will tell you this. It doesn’t feel like work, the hours fly by and quite frankly to work in the business of sport is a privilege and it’s not a right. All I am trying to do is make a positive change for this team, in this community, which I call home. Which is even more rewarding ultimately at the end of the day. I can make a positive difference within the City of Hamilton and the surrounding area. That on behalf of myself and my team is the most satisfying.”

Clearly the Hamilton Bulldogs will be an enhanced and evolved experience this season, and I recommend everyone take in a game at Copps Coliseum. They have leadership with a clear vision and a true commitment to the City of Hamilton and the surrounding area.

With the off ice evolution and the influx of young prospects from the Montreal Canadiens, this will be an exciting season to be a Hamilton Bulldogs fan.