There are plenty of reasons the New York Islanders find themselves in last place in the Eastern Conference after 17 games. Injuries are mounting on defense and the new free agents the team signed last summer are struggling to score goals. But the biggest reason for the team’s struggles is the failure of their young high draft picks to develop into consistent point producers at the NHL level.

The Islanders struggled on the ice for most of the late 2000s. Finishing near the bottom of the standings gave the Islanders the chance to accumulate a lot of draft picks, many of them quite early in the draft.

In the last nine drafts (since 2008), the Islanders have selected 13 players in the first round. Out of those choices, only John Tavares, selected first overall in 2009, has developed into a bona fide NHL star. While some of the other first round picks have become steady contributors, none has stepped up to become a player who could consistently take offensive pressure off Tavares. The failure to develop or acquire such a player, combined with the recent losses of veteran mainstays Kyle Okposo and Frans Nielsen have left the team struggling for consistency this season.

Here is a look at the Isles first-round choices since 2008 and what their careers have been so far. 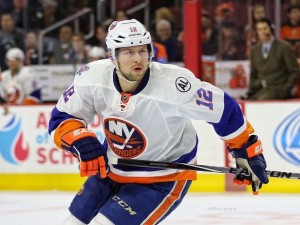 In 2008, the Isles grabbed Josh Bailey with the ninth overall selection after trading down twice in the first round. Bailey came up to the Islanders immediately in 2008-09 and is now in his ninth season with the team. While the Bowmanville, Ontario, native has seen extended time with Tavares on the top line this season, he has never developed into a consistent top-six forward at the NHL level. His career best season came in 2014-15 when he scored 15 goals and 41 points in 70 games.

In 574 career games, Bailey has 95 goals and 258 points. By comparison, the ninth overall pick the year before Bailey was Logan Couture by the San Jose Sharks and he has 158 goals and 332 points in 449 career games.

The Islanders selected Tavares first overall at the 2009 draft. With the 12th overall selection, general manager Garth Snow added defenseman Calvin de Haan who has developed into a steady second-pair defenseman who has been a regular with the Islanders for the past four seasons.

The following year, the Isles used both of their first-round selections on forwards. With the fifth overall pick, Snow picked Nino Niederreiter who lasted one non-productive season on Long Island before being dealt to the Minnesota Wild for Cal Clutterbuck. Niederreiter has put together back-t0-back 20-goal seasons for the Wild and is on a similar pace again this year.

With the 30th overall pick in 2010, Snow traded up to grab Brock Nelson. Nelson has come the closest of all the rest of the Isles’ recent first-round picks to developing into a steady offensive player. He scored a career-high 26 goals last season after potting 20 the previous campaign. This year, Nelson has five goals and 12 points in 17 games, which places him second on the team, one point behind Tavares.

Still, Nelson has lacked consistency and often alternates between productive stretches and games where he seems all but invisible. He has averaged roughly 0.5 points per game over the past two seasons, not top line material but acceptable for the second or third trios.

Strome: One Step Up and Two Steps Back 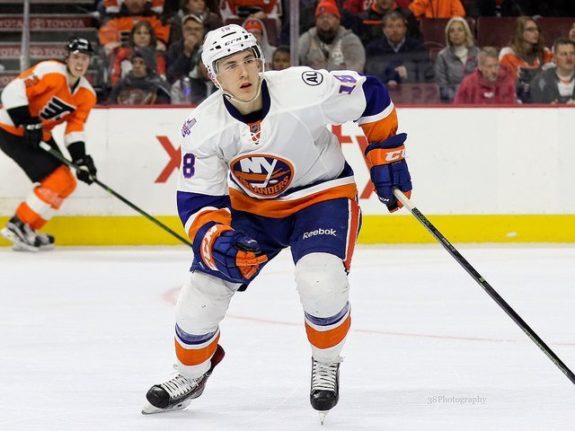 In 2011, Snow drafted Ryan Strome with the fifth overall selection. Strome had a productive year in 2014-15 with 17 goals and 50 points, but has regressed since then and failed to live up to expectations. Last year, Strome struggled so much that he was sent down to the Bridgeport Sound Tigers in the American Hockey League for eight games at midseason. He finished with only eight goals and 28 points in 71 NHL games.

This season, Strome has been even less productive, scoring only two goals and six points in 17 contests. The coaching staff has been critical of Strome for not consistently playing a more physical style and going to the “dirty areas” in front of the opposing goal.

Strome is still just 23, but he seems to have regressed rather than grown over the past two seasons. Worse yet, the Mississauga native shows few signs of coming out of his prolonged struggles.

Defensemen Yet to Emerge

In 2012 and 2013, Snow selected defensemen in the first round with Griffin Reinhart going first followed by Ryan Pulock. Reinhart was selected with the fourth overall pick in 2012 and played only eight regular season games for the Isles along with one more in the playoffs. He never really panned out before being dealt to Edmonton. He is presently playing for the Bakersfield Condors of the AHL. Pulock went 15th overall in 2013. He started the season in the AHL and was called up when injuries struck the Islanders. Unfortunately, Pulock was hurt in his first game with the club and was expected to miss four to six weeks of action. Pulock still has potential but has yet to make an impact in the NHL.

The Jury Is Still Out

The Isles have added five more forwards in the first round of the last three drafts. They include Michael Dal Colle (fifth overall) and Joshua Ho-Sang (28th overall) in 2014, Mathew Barzal (16th overall) and Anthony Beauvillier (28th overall) in 2015 and Kieffer Bellows (19th overall) this past summer. While it is premature to judge the careers of these players, only Beauvillier is playing with the Isles right now. The rookie has scored twice and has six points in 13 games while showing he belongs in the NHL. Still, he has more potential than production at this point in his career.

Whether it’s because they aren’t drafting well or aren’t doing a good enough job developing these players or integrating them into their system, the Islanders have been unable to add enough consistent offensive threats to give Tavares the linemates he needs and enough players to form a second or third scoring line to take pressure off their captain. The result is a team that has been unable to replace key cogs like Okposo and Nielsen and a team that finds itself at the bottom of the Eastern Conference standings as we approach the quarter pole of the season.

In addition, unlike the recent past, the Islanders are now up against the salary cap ceiling. According to CapFriendly.com, the Islanders have less than $1 million of cap space to work with at the present time. That makes adding a  key offensive weapon via trade more difficult for Snow.

Right now, the kids are not all right and the Islanders are paying the price.