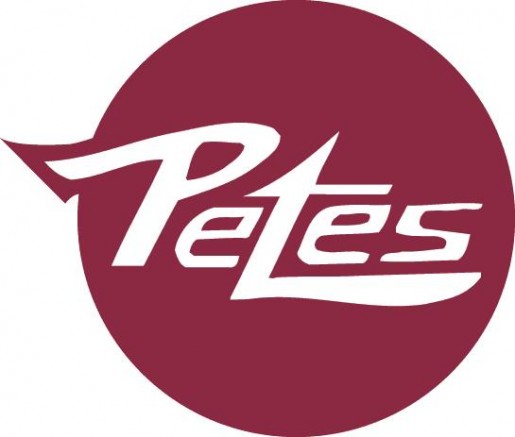 When J.C. Campagna was picked up by the Cape Breton Screaming Eagles after being placed on waivers by the Sarnia Sting, he figured he would rejuvenate his career after getting nicked by the injury bug and going undrafted in 2011.  Sarnia was taking a new shape and Campagna was getting phased out of the top six.  Cape Breton was a team in rebuild and it seemed J.C. would be a perfect fit on a team who’s season last year left much to be desired.

But 5 games in, J.C. Campagna wanted out of Cape Breton.  He left the team after only five games and hitched a flight out of Nova Scotia and back to Ontario.  With his hockey career in jeopardy, Campagna hopped on board with the Lindsay Muskies (OJHL affiliate of the Peterborough Petes).  After performing admirably for the Muskies, the Petes – who were battling a ton of injury issues – gave Campagna the chance he had wanted since he started playing in the CHL.

I was able to conduct an interview with J.C. Campagna a few days ago:

Why did you decide to leave Cape Breton and the QMJHL?

JC: Unfortunately, some situations just don’t pan out and after my 5 games I returned back to Ontario to seek further opportunities.

Did you take into consideration the positive and negative affects it could have on your hockey career?

JC: Obviously any decision in the hockey world can alter your chances of playing pro hockey. My agent, family, and I took everything into account, but I believe God has a path for everyone and returning to Ontario at the time I think was the best option for me.

What are your plans from here on out?

JC: Well my goal is to play 2 more years of major junior hockey, and then look into playing pro somewhere. That’s a long way away so right now I’m taking it day by day, working hard and trying to give myself the best chance to play pro whether it be overseas or here in North America.

Having been passed over in last year’s draft, does that give you a somewhat bitter feeling to go out and play harder?

JC: Absolutely, I try to use it to my advantage this year as my motivation to become a better player and work harder, not being drafted isn’t the end of the world there are many un-drafted guys playing in the NHL today. What’s most important I think is how you bounce back after being passed on and I believe if you work hard and focus on the little things you never know what can happen, hockey is a marathon not a sprint.

What do you need to adjust from your game to possibly get recognized in this year’s draft or down the road by NHL teams?

JC: Like I mentioned before right now I’m really working on the little things like being strong on the puck in the defensive zone, and winning one-on-one battles, I believe I have the skill set that will help me move on as long as I can fine tune some other parts of my game.

How was your experience while you were in the QMJHL?

JC: Overall, it was a good one I got to learn some French and see a different part of the world I’ve never seen before. My first road trip was 8 days long and thats something you never see playing in the OHL so it was also a learning curve having to change my routine from game to game.

What were some major differences between the leagues (OHL/QMJHL) and which do you prefer?

JC: I prefer the OHL I believe it more of an all around league. I would definitely consider going back to the Q if it was the right situation, but I would have to say the biggest difference is the pace of the games.  The OHL is a much faster league where the Q was a bit slower and more skill plays. The OHL is most similar to the way the NHL is played.

What are your ultimate goals you’d like to achieve by the end of the season?

JC: I would like to make the playoffs I have always put team goals before my own and playing two years in Sarnia I didn’t have a chance to play in a playoff game. Secondly, my goal going into this year if I happen to not get drafted is to get a NHL camp invite so I work hard every day to achieve that goal.

Are you excited for your short stint with the Petes after the break?

JC: Yes I am very excited, it’s a great opportunity for me to show the organization I deserve to be there and they are currently missing quite a few guys so I will have a good chance to step right in and hopefully compete for a role I would want.

What will you bring to the team if you are signed?

JC: I will bring a lot of energy and passion, whether it be throwing the body, dropping the gloves, or scoring a big goal late in the game I will do my best do contribute to the team in any way I can to help us be successful.

What have you been doing during the break to keep yourself busy?

JC: Mostly spending time with family, I don’t get to see them too often. I had the chance to skate a few times to keep my cardio up but other than that mostly just relaxing and watching Christmas movies with loved ones.

Clearly the work ethic is there and his head is screwed on right.  Having played three games for the Petes, Campagna has found the scoreboard twice.  The injuries on the team have opened up space for J.C. to step right in and contribute.

On the defensive side of the puck, he has impressed even more.  In the three games, J.C. has led the Petes in hits in two of them.  So Campagna has covered the “big goal”, the “throwing the body” and now by “dropping the gloves” he will have achieved the trifecta he plans to bring to the squad – which will happen in due time.

If his play continues (and improves), Campagna might stick around as a mainstay on the Petes.  But more importantly, he will revive the interest of NHL scouts.  Getting selected in the 2012 NHL Draft may look like a pipe-dream, at this point, however that “pipe-dream” certainly sounds more realistic now when compared to a few weeks prior.