The Toronto Maple Leafs have played three straight games that have gone to overtime. In two of those games, Nazem Kadri and Leo Komarov started overtime and Patrick Marleau and Mitch Marner started the other. In all three games, Auston Matthews and William Nylander were the second pair of forwards on the ice and in all three games they didn’t touch the puck on that shift.

After leading 2-0 and dominating the second and third periods, the Leafs gave up one unlucky goal and one goal off of a bad Morgan Rielly giveaway late in the third period to send the game to overtime, where the forward shifts went as follows:

While the Leafs had chances to score in overtime, they went to Bozak and Kadri, with shots from afar from Marner and Rielly. Matthews was not put in a position to succeed. The Blue Jackets started overtime with Artemi Panarin, Pierre-Luc Dubois and Seth Jones which isn’t that scary so, starting off with the shutdown pair of Kadri and Komarov is puzzling.

The Leafs were playing from behind for most of the game against the Canucks but they scored two goals in the third period to force overtime. This one went to a shootout, so I won’t list all of the forward shifts but I will talk about the first two:

The Leafs failed to score on the power play and the rest of overtime was fairly uneventful. The Leafs won in a shootout.

Just like the Blue Jackets game, Matthews and Nylander were forced to play defence in overtime. Fortunately, they were able to start a shift with a faceoff after a long delay and made a positive impact by drawing a penalty.

This game was 2-2 after the second period and both goalies played well in the third period to send it to overtime. The Sharks started OT with the trio of Joe Pavelski, Joe Thornton and Brent Burns, so there’s a little more justification to start with a shutdown unit but it still put the Leafs in a position where their best players don’t have the puck. Here are the overtime forward shifts from that game:

The Leafs killed the penalty and won the game in a shootout, but it’s another example of Matthews and Nylander being stuck chasing the puck on defense.

Having Matthews and Nylander come onto the ice as the second shift does not work.

Matthews needs to be on the ice for the OT faceoff because, first of all, it’s worked in the past. Here is the highlight of the overtime game against the Montreal Canadiens in October in which Matthews scores on the first shift in overtime, set up by a beautiful rush by Nylander. 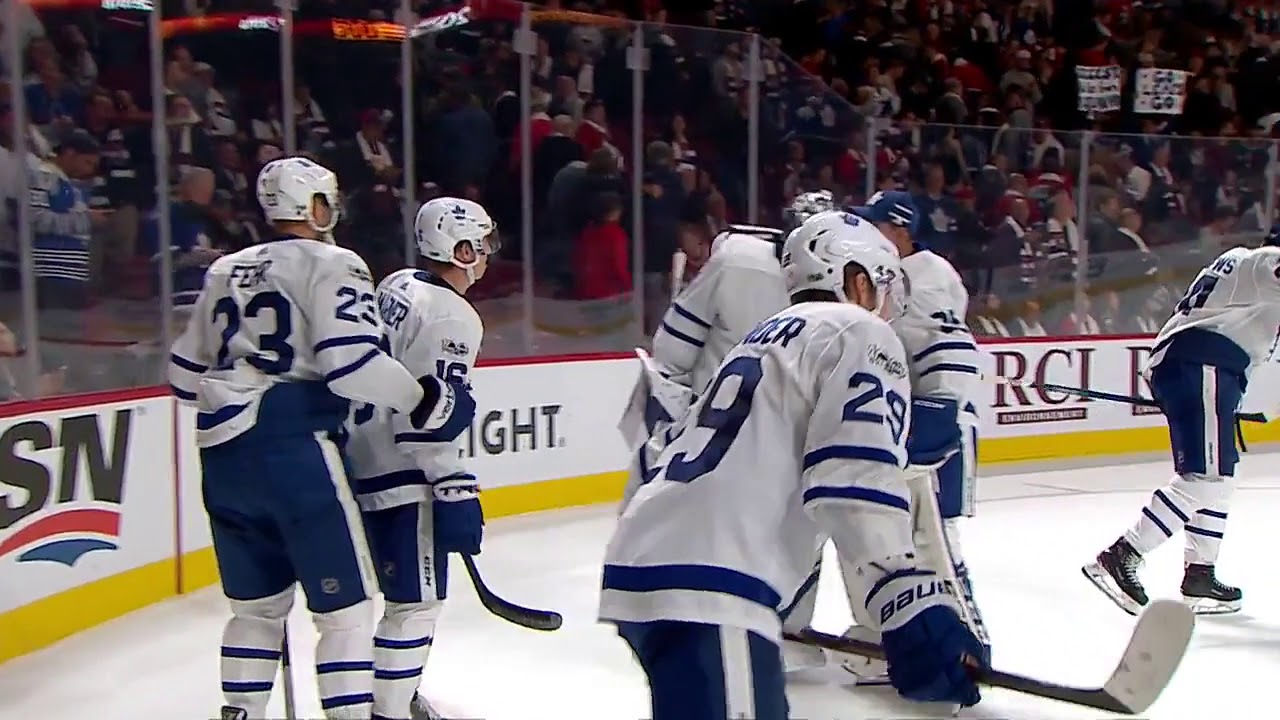 The final reason is that starting Matthews forces the opposing coach into a decision. If the Leafs make a habit of starting overtime with Matthews and Nylander, opponents may consider leading off with their shutdown pair instead of their top scorers or they can go best-on-best. Either way, I like the Leafs’ odds with Matthews on the ice.