The Los Angeles Kings have a captivating history in the annual NHL Entry Draft, especially so when it comes to selecting players in later rounds of the event.

While the Kings, like most teams, have been solid when it comes to drafting quality talent within the first round, namely nabbing Anze Kopitar, Drew Doughty and Tanner Pearson, Los Angeles has in fact been arguably more successful in rounds two through seven in recent years, a trend which has afforded the Kings with a number of surprisingly promising young prospects.

In 2011, the Kings grabbed Nick Shore in the third round, 82nd overall. Two years prior, Jordan Nolan was selected 186th overall, while Alec Martinez and Dwight King were both fourth-round choices in 2007. The most outstanding late-round pick of all being that of superstar goaltender Jonathan Quick, who was selected by the Kings in the third round, 72nd overall back in 2005.

Yet, despite all of their current talent and apparent luck in the Draft, the Kings remain poised to add yet another young prospect who was – you guessed it – a late round selection in the annual NHL Draft.

Who is Spencer Watson?

In case you have yet to hear of Spencer Watson, let’s take a quick look at his career to date, as well as the skills and abilities which make him one of the Kings’ least known yet top prospects.

A four-year veteran of the Ontario Hockey League’s Kingston Frontenacs, Watson’s game has been slowly, yet steadily progressing since his rookie season in 2012-13, perhaps a reason why he was not highly touted heading into the 2014 NHL Entry Draft.

As a rookie with the Frontenacs, Watson was, in fact, impressive, scoring 23 goals and 40 points, totals which were good for fourth best on his Kingston team. His sophomore season of 2013-14, the campaign preceding his selection in the 2014 NHL Draft, was one defined by improvement, as Watson’s production soared to 68 points, 33 of which were goals. In 2014-15, Watson’s third OHL season, the budding winger missed 27 games due to injury yet still managed to finish second on his team in scoring, totaling 20 goals and 48 assists.

Through his first three OHL seasons, Watson had yet to truly separate himself from the pack. Although he was widely regarded as a quality forward, he had yet to demonstrate the elite level skill and finish of a top-tier NHL prospect. His seventh round, 209th overall selection by the Kings in the 2014 Draft was, at the time, seemingly an accurate point of selection for the London, Ontario, native.

However, come the 2015-16 season, Watson exploded, showcasing the elite skill level and finish present within a high-quality NHL prospect.

In his fourth season in Kingston, Watson, in 64 games played, netted a whopping 43 goals, 10 tallies more than his previous career high established two years prior. Further, his point total jumped to 89, an incredible 21 greater than his previous high, also set in 2013-14.

Yet, this wasn’t simply the case of a quality prospect playing alongside elite teammates. Watson outscored teammate Lawson Crouse, a first-round pick of the Florida Panthers recently traded to the Arizona Coyotes, by 27 points. Oh, and he also added 17 points in just nine playoff games. 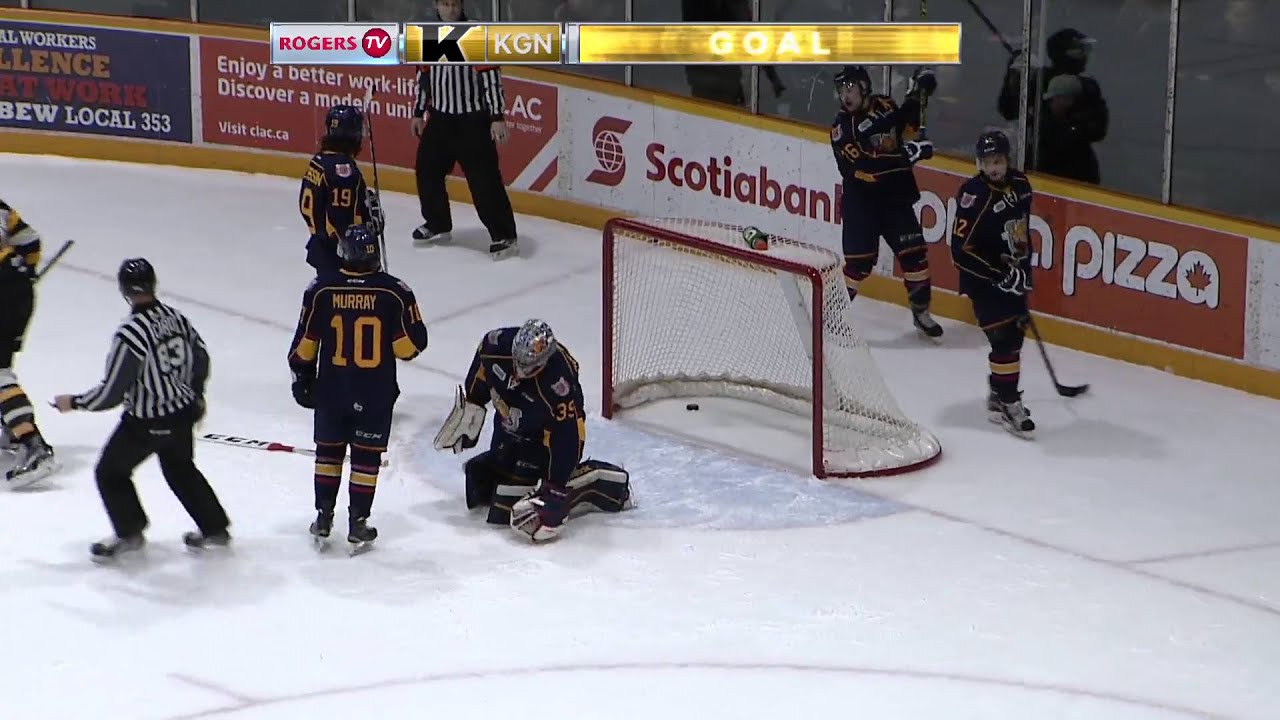 Although he isn’t the biggest player on the ice, standing 5’11”, 170 pounds, Watson more than makes up for his apparent lack of size through his persistent on-ice work ethic.

A tireless skater who has the ability to drive both the game and the play, Watson uses his solid speed and explosive acceleration to blow past opposing defenders and isn’t afraid to drive to the net having done so.

It is Watson’s speed and agility which allow his style of play to wreak havoc on opposing defenders and netminders. While at full speed, Watson has the unique ability to utilize his entire skill set, whether it be unleashing a crisp, accurate shot or making a crafty pass to a fellow teammate. Watson’s ability to operate at full-speed, yet see the ice, and his teammates on it, have made the young right-winger a complete threat offensively.

His gifted skill set was a major reason why the Kings signed Watson to a three-year, entry-level contract in April of 2016.

At the moment, the future is bright for Watson, who, after four years of OHL hockey, will likely move into the pro ranks with the Kings’ AHL affiliate, the Ontario Reign, in 2016-17.

With that being said, the coming season will be an extremely telling one for Watson and his future, especially so for his career in professional hockey. Throughout his career, pundits have pointed to Watson’s apparent lack of size as an indication of why he will not succeed at the professional level, but as we have seen in the modern day NHL, players of incredible skill yet smaller stature are of increasing abundance and value in the League.

In reality, Watson is not incredibly undersized, and based on his breakout OHL season in 2015-16, appears ready to make the jump to the AHL. While the Kings will surely allow the seventh-rounder time to further develop his game, Watson, like Pearson and Tyler Toffoli in years passed, could be thrust into the Kings’ lineup following a year of two of success in the minor pro ranks.

In all, Watson will need time to further develop his game. However, based on his elite skill level and experience to date, it would appear as though the Kings have drafted yet another late-round gem, and one that could play a major role in the team’s future success.