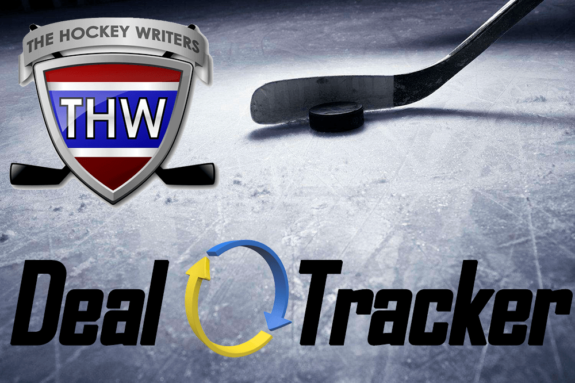 With a number of moves expected during the next 48 hours at the NHL Draft, we here at The Hockey Writers decided to put together a handy dandy deal tracker for fans to keep updated on every deal that is made over the weekend.

[RELATED: How the NHL Draft Has Replaced Free Agency]

From trades to signings, the tracker will have everything that goes down while all 30 teams are congregated in the BB&T Center in Sunrise, Florida.

For constant updates on all of the picks made at the 2015 NHL Draft, be sure to check out The Hockey Writers’ live draft tracker throughout the night. With it being one of the deepest drafts in years, things could get pretty crazy.