Ryan MacInnis (Kitchener Rangers, OHL) was asked if his shot rivals that of his Hockey Hall of Fame father: "Not even close" 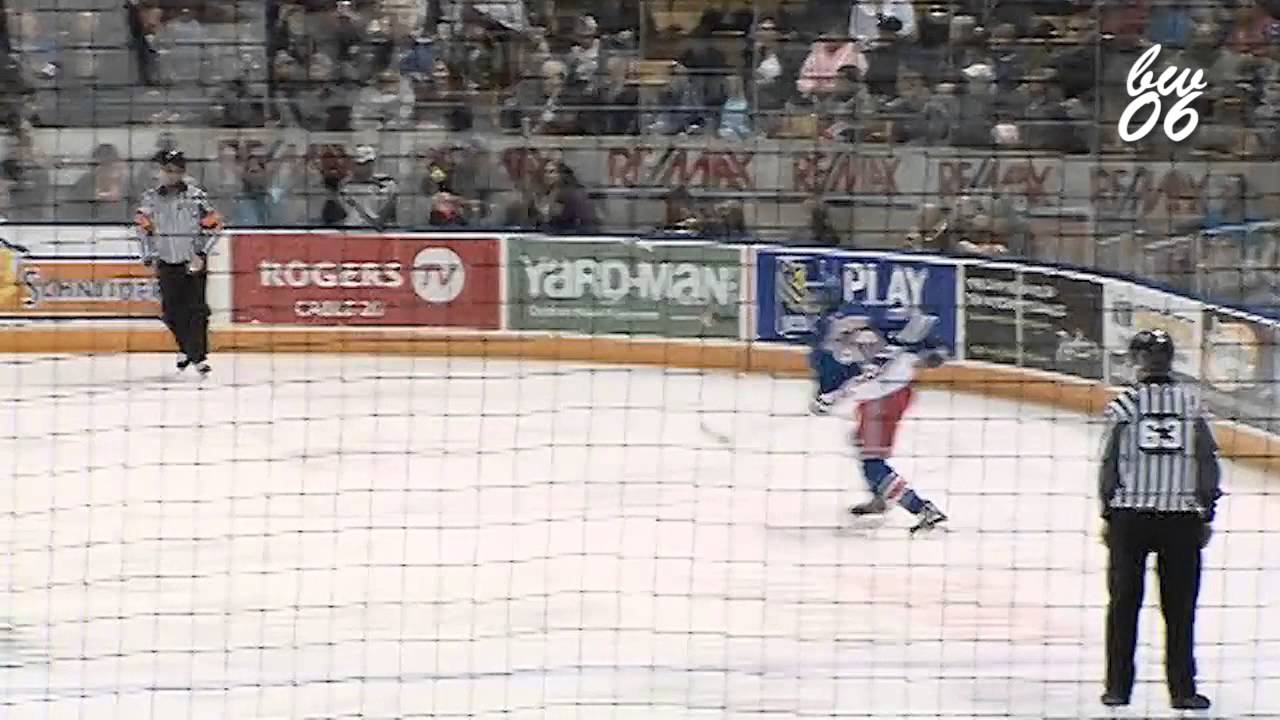