Crosby Does Not Have a Concussion

When it was announced that Crosby was dealing with an upper-body injury, many were expecting the worst given the superstar center’s history with concussions. The injury occurred during the Penguins’ 4-2 loss to the New Jersey Devils on Tuesday in a game that saw Crosby record two assists in 21:32 of ice time. 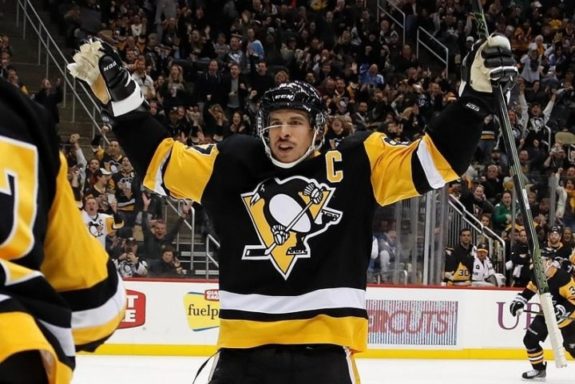 Fortunately for Crosby and the Penguins, the team announced Thursday that the 31-year-old does not have a concussion. He’s still expected to miss about a week’s worth of action but the fact that his injury isn’t as severe as it could have been, this is good news for everybody involved.

“Sid will not play tonight,” head coach Mike Sullivan said. “Right now his status is day-to-day, but my sense is it’s going to be a week.”

The Penguins have struggled to find consistency this season and even made a trade Wednesday to try and address that stale demeanor. While the team as a whole may not be playing to the level they want, Crosby is still shining this season with eight goals and 19 points in 16 games. The Penguins’ captain hasn’t had a season below 84 points in the last five seasons and is on track to have another such year if he can return to injury and continue on this pace.

The NHL has fined Morrissey $8,467.74 for unsportsmanlike conduct for a situation that occurred Wednesday between the Winnipeg Jets and Washington Capitals. This amount is the maximum allowed per the CBA.

Morrissey’s fine comes due to his involvement against the end-boards with Capitals’ forward T.J. Oshie that resulted in Oshie being taken down to the ice. While the action wasn’t deemed worthy of a suspension, the NHL felt it was worthy enough of a fine.

This play is being compared to a similar one that saw Mike Matheson of the Florida Panthers suspended for slamming Vancouver Canucks’ forward Elias Pettersson to the ice. While they may not have been identical, there are still similarities to be drawn from the two.

The Islanders have placed forwards Casey Cizikas and Andrew Ladd on the injured reserve retroactive to Nov. 13. Cizikas is expected to miss two to three weeks while Ladd is out for an indefinite period of time. Both injuries are being described as lower-body injuries. Additionally, the Islanders are also placing Matt Martin on the injured reserve with an upper-body injury, retroactive to  Nov. 1.

The Islanders also announced that they’ve recalled Stephen Gionta and Michael Dal Colle from Bridgeport, their AHL affiliate, to fill the holes left by these injuries.

Continuing the trend of injuries in today’s News & Notes, the Dallas Stars have placed Methot on the injured reserve retroactive to Nov. 1 due to a lower-body injury. Methot has missed the Stars’ last six contests and has played nine games on the season. 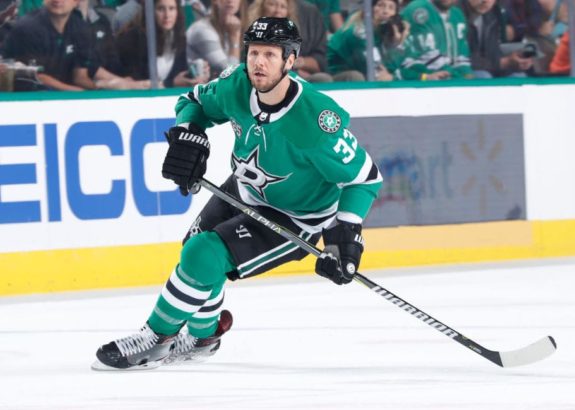 Marc Methot #33 of the Dallas Stars skates against the Arizona Coyotes.

Not known for his offensive potential, it’s not surprising to see Methot as zero points through nine games. Still, his importance to the team on the back-end is unquantifiable and his absence is a major detriment to the team.

To fill the hole on defense, the Stars have recalled defender Gavin Bayreuther from Texas, their AHL affiliate. The 24-year-old blueliner has scored two goals and five points in seven AHL games this season and has yet to play in an NHL game in his career. There’s a good chance he’ll get his first crack with the team soon.