The New Jersey Devils season hasn’t even been over a month yet, and for some it feels like an eternity I’m sure. Their AHL team – the Albany Devils – is still alive in the postseason, but unless you live in upstate New York, or pay for the AHL Live package, there is no way to watch from New Jersey. With all that being said, the Devs had a pretty impressive season in that they were in competition for a playoff spot until late February which is better than anyone could have predicted at this time last year.

They had a bunch of thrilling wins, and amazing goals that hopefully set the foundation for future successes going forward under this new regime and new era of Devils Hockey. With the assistance from some of our followers on Twitter we came up with the five (six) most memorable goals scored during the 2015-16 season.

The man they call Palms had a buttload of memorable moments in his first season with his hometown team. The future is bright with this guy and it’s plays like this that get NJD fans excited about watching him grow as a player and blossoming into a top-6 forward. This was early in the season when the Devs were dominant in overtime.

Kyle Palmieri goal vs NYR aka Twice is Nice:

Anytime a player scores against your team’s biggest rival it is usually memorable, so the fact that Palmieri tapped the puck in the net again, just to make sure, made it even more of a memorable goal. The Devs haven’t had much success against the Rangers these past few years until this season when they took three of four matches.

@DRdiabloTHW I just watched so many different goals and I don't see how I can go with anything other than this: https://t.co/RBmOrDXnhh

Joe Blandisi goal vs NYR aka A Star is Born?:

The rookie winger gave fans a glimpse of his abilities this season and although the trick shot goal in Philly was nice, this one was just an all around stellar effort and the celebration was A-1 — notice the NYR fan giving Blender the finger in the corner afterwards. NJD fans will remember this one for a while because it was also against the New York Rangers/Henrik Lundqvist.

@DRdiabloTHW How about this one? The pass, the salty rangers fan, and maybe the best celebration I've ever seen https://t.co/06jKULnpkK

The final regular season game saw two NJD players (Palmieri, Adam Henrique) reach 30-goal seasons, three rookies make their NHL debuts and it may have been Elias’ last game as a Devil or as an NHLer. This goal in the dying seconds was perfection, and hopefully a fitting end to a legendary Devil career.

This was before Montreal completely went in the tank, so it was a quality road win at the time. Cangelosi goes crazy like it was a playoff overtime win, but that just makes it more memorable too. Moore, who was a great signing last summer, showed he has some scoring prowess with three overtime winning goals in his first season in red and black; he also assisted on two other Devils’ OT goals. The only other defenseman to have three OT goals in one season was Scott Niedermayer (2001-02). 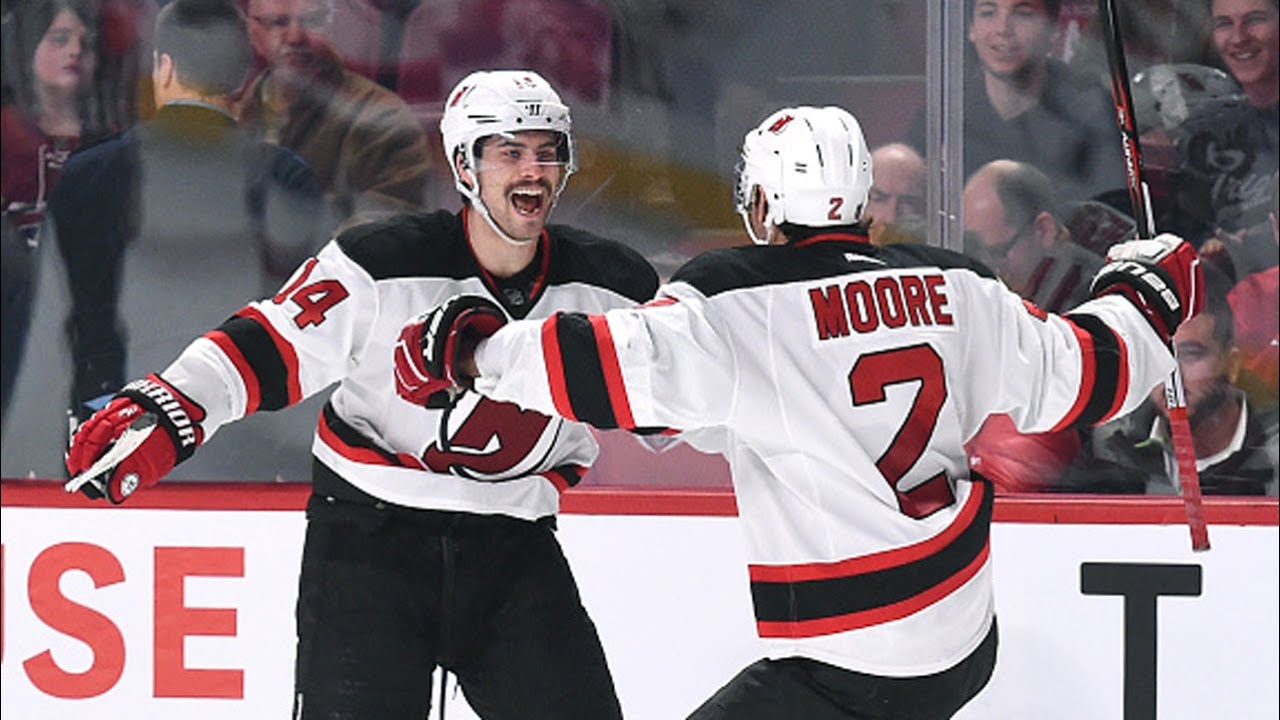 John Moore OT goal vs Stars aka Blast Off:

Hard to choose between this one and the one in Los Angeles, but we picked this one because the Devils were still in the hunt for a playoff spot and at the time the Stars held the NHL’s best record. Also, Moore almost double clutches on the shot and when he finally does shoot he looks like he put everything he had into it. 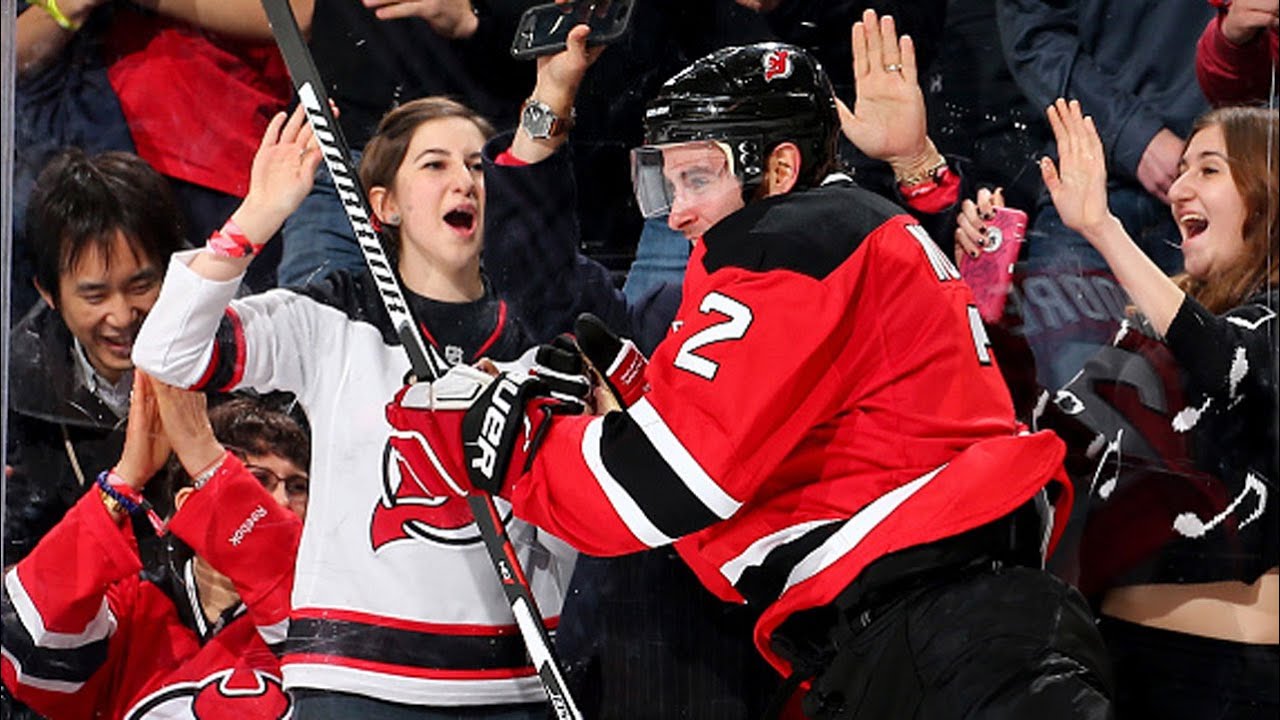 Did we leave any out? Let us know in the comments section below!