This weekend, No. 2 North Dakota hosts the No. 7 Miami RedHawks in an important two-game NCHC series at Ralph Engelstad Arena. This weekend’s series is UND’s home conference opener. 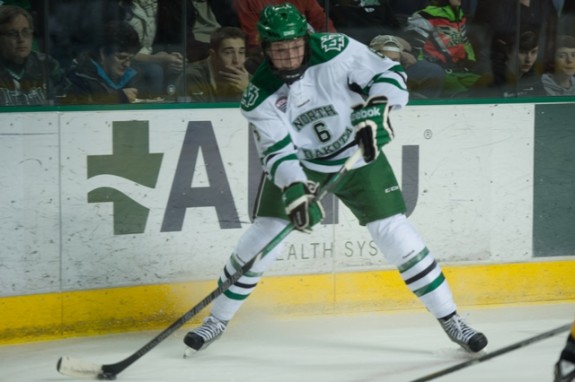 “They’re obviously one of the top teams in the country, and rightly so,” Enrico Blasi said. “They’re well coached. They’ve got weapons up and down their lineup. At forwards, at defense, they’re as talented as anybody in the country. Their goalie is big-time. This is going to be a good challenge – a big test for us – on the road, in a tough building to play in. We’re going to go and hopefully try to execute our game plan and play hard and compete. Hopefully we’ll see what happens”.

Coach Hakstol on the RedHawks

Coach Hasktol was asked about the rivalry with the RedHawks and this is what he had to say, “We’ve had some great games with them. We had some heated battles with them. They nipped us in our league championship tournament.  No question, there’s a ton of respect between the two programs.” 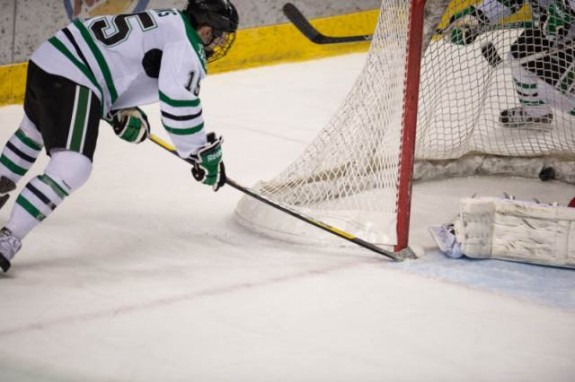 With the injuries to UND’s top players, I am going to go with a series split. UND has the edge because the series is at home. Also, UND has the revenge factor playing for them after losing to them in the Frozen Faceoff.

“This is a game that we’ve all been thinking about,” senior forward Michael Parks said. “The last time they were here we beat them 9-2. But then they got back at us at the Target Center in the playoffs. This is a really big weekend for our team.”