We’ve finally come the finale of our Sharks season review, To catch up on any of the prior subjects, click on the appropriate link.

In this article, I‘ll do a quick overview, fill in a few gaps missed in earlier articles and then enjoy the shortest offseason in Sharks history.

The season summary is easy. This team made important changes at forward, defense, goalie and coach. The changes worked, and much credit goes to general manager Doug Wilson.

After a modest start to the season, a healthy Sharks team put it all together for a good second half of the season. They followed it up with a strong playoff run, earning victories in three series before falling the in Stanley Cup Final to Pittsburgh.

This marked the first time in the 25-year history of the Sharks that they won the Western Conference. Exceptional seasons were had by Joe Thornton and Brent Burns. In the playoffs, goalie Martin Jones was often brilliant while Logan Couture played perhaps the best hockey of his career. Joe Pavelski proved a good choice in his new role as team captain while Marc-Edouard Vlasic was again an elite player (and again, overlooked by the media). For the Sharks, the 2015-16 season was their most successful ever.

The Best Sharks Team Ever?

There is no case to be made this Sharks team, even during the second half of the regular season, stands out above all others. Still, teams and reputations are made in the playoffs and this is where the 2015-16 team shined. Prior to this season, Sharks teams had 14 playoff series wins. Three teams (the Sharks of 2004, 2010 and 2011) had two series wins.

Going far in the Stanley Cup playoffs results from a combination of factors. Being good is an essential factor, but other factors matter as well. This was perhaps the luckiest postseason team in Sharks history since the teams which generated shocking upsets back in 1994 and 1995.

There are many ways to experience good fortune. This team did not run into an insanely hot goalie, such as Anaheim’s Jonas Hiller in 2009 or Chicago’s Antti Niemi in 2010. This team did not have all sorts of injuries. The reverse-sweep team of 2014 entered the series against the Los Angeles Kings relying on injury-diminished players Dan Boyle, Raffi Torres and Tomas Hertl. The Sharks lost Vlasic, the team’s most indispensable player, to injury for the final three games, all losses.

This Sharks team rarely experienced the sorts of brutal calls which affected prior teams, such as the goal call against Alex Stalock, also against the Kings in 2014. Troubling calls were frequent in the series against Vancouver in 2011. Nor did this Sharks team experience the sort of negative puck luck experienced in Vancouver series, including one the unluckiest series ending goals in NHL history.

Very rarely does a team get to a Stanley Cup without some luck. The 2015 champion Chicago Blackhawks were outscored in their first round series against Nashville. The Predators also lost captain Shea Weber to a knee injury early on. Chicago made it through round one because they were good and lucky.

San Jose, with the exception of the waived-off Pavelski overtime goal against Nashville, had no major bad luck and no major injuries until Tomas Hertl went out against Pittsburgh, 20 games into the playoffs. Attrition plays a major role in the postseason and San Jose avoided almost all the bad stuff which other teams faced.

San Jose also avoided the ‘great team on a roll’ situation, at least until the Final.

The teams San Jose played to reach the Stanley Cup Final were all good, but none great. Both division winners, Dallas and Anaheim, were out early, before they had a chance to face the Sharks. The defending champion Blackhawks also went out early. The Sharks faced a depleted Los Angeles team.

Great goalies were not great against San Jose. The Sharks saw the Kings’ Jonathan Quick, but not at his best. They saw Nashville’s Pekka Rinne, also not at his best. Sharks fans have seen these two when they are at the top of their games. Not in this postseason, though. The best goalie they faced was Brian Elliott, but he was pulled for two games because the Blues needed a jolt. St. Louis was the best team San Jose faced in the West. The Blues were a good team, maybe even very good. But they were not a great team.

My feeling is the 2011 team which lost to Vancouver was the best team the Sharks have had. A number of very unusual and unfortunate events kept San Jose from a shot at winning the series. Every break seemed to go against the Sharks. They also had two very tough prior series, one against perhaps the last really good Detroit team and the other against the about to be really good Kings team.

The competition was tougher. In the Western Conference Final against Vancouver, the puck luck was as bad as I’ve seen in a series. San Jose blended toughness and skill, out-shooting Vancouver 91-47 in the last two games of the series, but losing both. Players like Boyle, Patrick Marleau and Ryane Clowe were in their prime, Clowe’s 62 points was his career best. Also in their prime were Thornton, Pavelski and Vlasic. Logan Couture scored 32 goals that season (still his career high) and Dany Heatley had 26. San Jose had seven players cross the 50 point mark, only three did this season and only six went for 40 or more.

The 2011 team had one other notable advantage, they were battle-hardened from their trip to the Western Conference Final the prior season, where Chicago ousted them in four games. The team that entered the 2010 playoffs might have been a tad better in some respects, the 2011 version was a better playoff team. To me, it is the best team in San Jose Sharks history. Just not as lucky.

Attendance is a lagging indicator. If fans knew this would be the best season in San Jose Sharks history, they probably fill Shark Tank most nights of the season. Instead, the hurt and hangover from prior seasons led to a dramatic drop in attendance this season. The hangover extended to the playoffs, where the Sharks failed to sellout a second round playoff game against Nashville.

Sharks owner Hasso Plattner diagnosed part of the problem accurately, when he described a scenario season ticket holders experienced during the 2014-15 season. In games where the season ticket holder was not able to go, the ticket went up for resale. Too often, there were either no takers or the resale price was far below face value. Buying Sharks season tickets, for the first time, was no longer a ‘no-lose’ scenario. 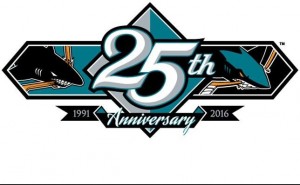 I tracked ticket pricing and availability for a few games in the playoffs. Ticket sales were less than overwhelming, with retail tickets available usually within a day of the game, at least for the first three rounds. All but one game did sell out.

Even the final game of the season, Game 6 of the Stanley Cup Final, resale ticket prices plummeted in the last days before the game, going for modestly over face value on StubHub (before fees), just hours before game time. One site did an analysis and showed demand for the Sharks Game 7 against Nashville to be the cheapest ticket price for a comparable Game 7 in several years. By a lot.

The issue goes further. San Jose is among the wealthier cities with one of the healthiest local economies in the nation. If there is a city where people can afford ticket prices, it is here. The problem comes from the demand side.

The run to the Stanley Cup Final should help. Sharks management probably took a healthy chewing out from Plattner along the way, with an edict to find ways to get people into the seats again. And the team tried. For the first time in years, it seemed like customers were not being taken for granted. A good team on the ice coupled with a management which recognizes that ‘fans matter’  is a powerful combination. Still, the challenges the Sharks face are quite real. Whether the fan base returns in a big way is an open question for next season.

We covered a lot in the prior articles, I’d like to note a few key changes. I was especially pleased with San Jose’s addition of set-up players. Chris Tierney, who has been up-and-down in his two-year career, is one. The other is Joonas Donskoi, who just finished his rookie season. As of now, San Jose has four players who can act in a set-up role. Thornton, Pavelski, Donskoi and Tierney. For the most part, they operate on three separate lines, which makes each line more dangerous. Sharks coach Peter DeBoer says he likes to roll four lines. Having a nice compliment of set-up players makes it much easier to do.

Two of the biggest challenges entering this season came from defensemen Brenden Dillon and Brent Burns. The Burns turnaround story is well-known, but I was surprised by how effective Dillon was pretty much all season long. His late-season pairing with the less mobile Roman Polak did not go particularly well, though there is something to be said for physical play in the Western Conference. Still, Dillon’s future with an appropriate, puck-handling sort of partner, appears much brighter than it was a year ago.

The Sharks started the season with a smaller lineup than either of their primary rivals, Los Angeles and Anaheim. While San Jose got bigger and more physical over the course of the season (adding Polak, Dainius Zubrus and Nick Spaling), they were still not a big, physical team. If the Penguins success is a sign of things to come in the NHL, smaller might just be better.

For those compiling top 10 lists of the best moments in Sharks history, two from this season will wind up on the list, probably near the top. The Game 6 win in a raucous Shark Tank against St, Louis to advance to the Stanley Cup Final is one. Three games later, Joonas Donskoi’s overtime game winner at home against the Penguins for San Jose’s first Stanley Cup Final victory is the other.

Summing Up the Summary

It was a great 25th anniversary season for the San Jose Sharks.