No one can deny that the Ottawa Senators have been the hottest club in the NHL for the past month.  Since goaltender Andrew Hammond was called up from the AHL, the Sens have gone an impressive 11-2-1 with Hammond unbeaten in regulation play.  The only issue with the Sens hot play is that the clubs ahead of them are also playing some good hockey making it extremely difficult to steal the final wild card position.

With 14 games remaining and 5 points out of the final wild card spot, the Senators will need some luck.  The Boston Bruins are sitting with 82 points and have 13 games left on the schedule while Washington sits in the top wild card spot with 84 points and 12 games remaining.  Florida stands right behind the Sens at 76 points with 13 games left while Philadelphia is 4 points back of Ottawa with just 11 games left.  At the end of the day the only thing Ottawa can do is just keep winning and hope that either Boston or Washington falters.

Before Sunday nights victory over Philadelphia, coach Dave Cameron was unsure who he was going to go with as the starter.  While at church Saturday night Cameron had the priest run up to him and say “You have to start the young fella!  You have to start the young fella!”  Now obviously due to his play he was being highly considered anyways but these wise words from an unlikely hockey source sealed the deal.  Hammond would start the game and help Ottawa to a 2-1 shootout victory keeping the Senators in the playoff race against a club who is right behind them in the standings.

Dave Cameron's priest tells him at Mass last night, "You have to start the young fella." He said “Father, thank you. I think I’m gonna."

Hammond has earned a treasure more special than most fast food lovers could ever dream of, Free McDonald’s in Ottawa for life.  According to the Senators goaltender, he was given a card that gets him free McDonald’s for life.  Hammond is known as the “Hamburglar” by his teammates, a name he was given back in his NCAA days while with Bowling Green University.  The father of his college coach owns numerous McDonald’s restaurants in the Ottawa area and likes the free publicity Hammond gives the restaurant chain on his goalie mask. 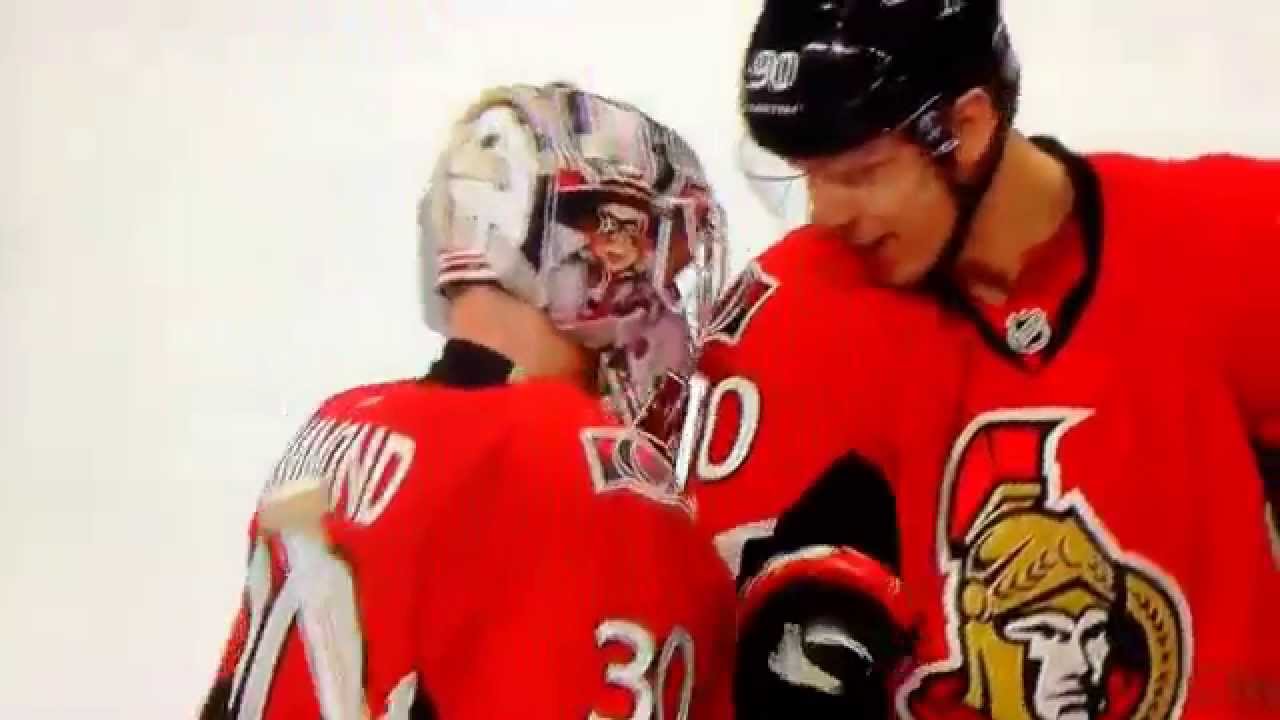 Although the Senators would fall 3-1 to the Boston Bruins back on Tuesday March 10th, it would be a game rookie forward Matt Puempel would never forget.  The 22-year-old Windsor, Ontario native would score his 1st NHL goal as he beat Tuuka Rask halfway through the 3rd period.  The former 1st round pick from 2011 is another one of the Senators young up and comers and would score his 2nd goal just 2 games later during the Sens 2-1 victory over the New York Islanders where he opened the scoring by beating Jaroslav Halak.