Connor Murphy has spent the better part of the past few years nursing a serious back injury, so it is hard to tell what he could become at this point. He has top pairing offensive skills if he can rebound from the vertebrae injury he suffered.

Murphy’s strong points are his skating and puck moving skills. He makes a great first pass and is strong going from one end of the ice to the other. His dangling skills are also very impressive for a defenseman.

His defensive game is strong as well, but could use some work. His one on one battling could be a little stronger. He will also need to work on his positioning, but these things should come with more playing time. If he can stay healthy he will further develop these skills.

Murphy makes an intriguing pick for a team at the end of the first round or early in the second. His skills are undeniable, but it will interesting to see how well he progresses despite missing a few key developmental years.

Connor Murphy did not participate in the top prospects game.

“Missed the majority of the past two seasons with a stress fracture of a lower vertebrae, but impressed scouts upon his return in February. Scored the gold-medal winning overtime goal for the US at the U-18 championships. Strengths – Big, mobile defenceman with a hard, accurate snapshot and slapshot. Smart puck mover, especially on the powerplay. Decent gap control, competitive, works hard off the ice, skilled puckhandler with soft hands. Weaknesses – suffered serious injuries the past three seasons, hindering his development and raising concerns about being injury prone. Foot speed and quickness must improve. NHL Upside – Top three defenceman with above-average offensive skills.”

“ISS had Murphy in the first round discussion early in the season but he failed to impress for most of the season and slipped or landed in our falling discussions frequently. Murphy emphatically erased much of that doubt with his performance during the World U18 Championships and sealed the deal by ending the tournament in dramatic fashion by netting the OT winner in the gold medal game. The son of former NHLer Gord Murphy, Connor is versatile, mobile and at times mean and seems to thrive when push comes to shove.”

Scored the gold medal winning goal for team USA in the World U-18 championships. 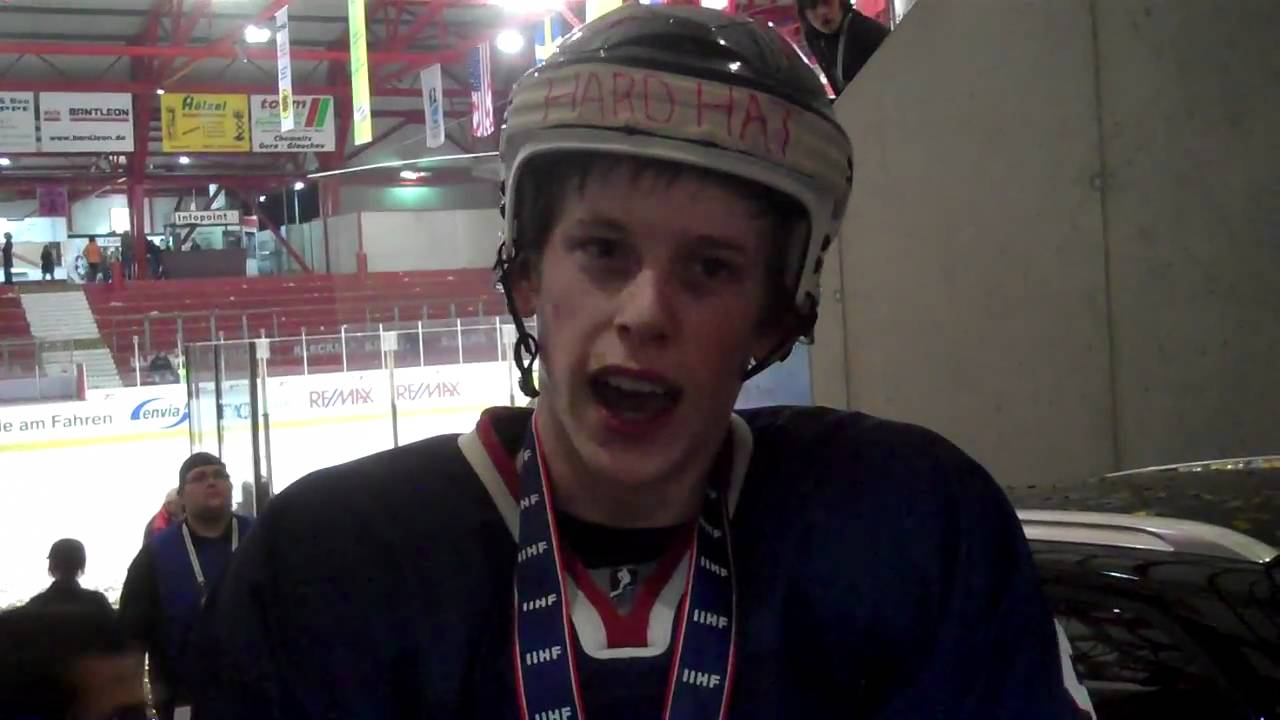