In Montreal, the team’s motto is two simple words. “No Excuses”. However, during one of the most difficult stretches Montreal Canadiens fans have seen in years, the lack of accountability has been prevalent. General manager Marc Bergevin blamed himself during a recent press conference saying no one would be fired for the rest of the season.

Good on Bergevin for taking responsibility but it hasn’t changed a thing. They beat the 28th place Toronto Maple Leafs last Saturday but back to back 5-2 losses to the last place Columbus Blue Jackets can be considered another step backwards. The team is playing with more effort but turnovers, sloppy play and not getting the saves from the goalies is killing the team. Too often when the opposition scores, heads are hung and an air of defeat begins to set in.

Montreal not having good depth is on Bergevin and to a degree the scouting staff. In Bergevin’s case, he has talked about how hard it is to make trades, especially for top six forwards. However, in the past few years, players like Tyler Seguin, Jason Spezza, Patrick Sharp, James Neal, Brandon Saad and TJ Oshie were all moved and the teams that acquired them did not give up huge returns that crippled their teams.

True contenders don’t put their third line defensive centre on the left wing out of necessity as Montreal did with Lars Eller. Dale Weise is not a top six winger. Brian Flynn is not a player who warrants a regular shift. Devante Smith-Pelly looks like a fringe NHLer on many nights. Montreal has a lot of depth players but not enough scorers. The Habs aren’t scaring anyone with their lineup right now.

Montreal’s prospect pool has expanded under Bergevin’s leadership but Montreal doesn’t have too many high ceiling prospects. Some weak draft years have hurt this team as 2008 and 2009 basically yielded nothing for the Habs while 2010 and 2011’s saving graces were Brendan Gallagher and Nathan Beaulieu. It is too early to evaluate the last three drafts but having a several bad years in a row is a big reason why depth is lacking.

Since the magical draft year of 2007 when director of scouting Trevor Timmins and his staff drafted Ryan McDonagh, Max Pacioretty and PK Subban with their first three picks as well as finding Yannick Weber, the scouting staff has only produced three full time NHLers since and they include Gallagher, Beaulieu and a top three pick in Alex Galchenyuk. Others like Sven Andrighetto and Jacob de la Rose have had extended looks but that is nowhere near a good enough result. Others may emerge in the next few years but this team is hurting from not finding more impact players.

Habs now at 38% to make the playoffs. Someone needs to look up the historical significance of this meltdown. https://t.co/5R0gdx3zMB

At the same time, player development hasn’t been a shining point under Bergevin. Under AHL head coach Sylvain Lefebvre, the team has lost a lot of games. In 228 games between 2012 and 2015, Lefebvre’s coaching record is 96-105-27 and has yet to make the playoffs. Some look at the AHL as a development league and if you have a lot of young players, losing is a part of it. However, why can’t it be both ways, develop and win? Losing too often sends the wrong message to the point where youngsters who lose too often will accept it easier as they grow.

Many prospects under Lefebvre haven’t taken steps forward. Jarred Tinordi didn’t wow in the AHL and neither has Darren Dietz. Dalton Thrower and Mac Bennett have struggled mightily while Connor Crisp has been fixed on the fourth line. Even defenceman Magnus Nygren did not take to playing in the AHL. It hasn’t been all bad as some have developed nicely like Daniel Carr and Charles Hudon but there are too many others who have struggled.

The free fall in Montreal is not completely on head coach Michel Therrien but he certainly doesn’t escape blame. Not having Carey Price, the best player in the world, hurts but it doesn’t excuse the poor execution from the rest of the team. The team’s entire system is built around Price and without Price, what exactly is the system? The team wasn’t gifted enough to score a lot even with Price. Defensively, the team is not sharp and the goaltending is getting worse. Mike Condon was looking good for awhile but his game has dropped off while Ben Scrivens has showed why he was an AHL backup earlier this season.

The Canadiens AHL affiliate has lost 58% of their games under Sylvain Lefebvre since 2012-13. A culture of losing exists in the farm system.

Lastly, the players need to take responsibility too. They may say to the media they need to be better, but has anyone really stepped up to prove that? Overall, Montreal’s leadership group just has not shown enough and it starts with captain Max Pacioretty. As much as teams will say it is a group effort and it’s not just all on one guy, Pacioretty hasn’t been inspiring. As the captain, he has the extra responsibility on him to get the job done. His numbers are good but a lot of times, he looks like he is floating and it is especially obvious when he is the last guy back when backchecking or if Gallagher is digging in the corners with two opposing players on him and Pacioretty is nowhere to be seen.

Pacioretty represents the Habs well off the ice and he is a good player but when comparing him to other captains around the league, he doesn’t stack up. He hasn’t shown the ability to put the team on his back when times are tough. The two longest tenured players on Montreal, Tomas Plekanec and Andrei Markov have seen their games drop off and they aren’t the kind of players to rally a locker room. As the youngest Hab to wear an A, Gallagher has struggled to produce since returning from his injury but he at least continues to play his buzzsaw style of hockey.

PK Subban, despite some shaky defensive play at times, has stepped up his game in recent weeks as his offence is starting to come back and continues to generate a lot of chances. He continues to play heavy minutes and it’s scary to imagine what the team would look like without him. Subban can obviously be better but you can say that about every other player too.

Bergevin is incredibly loyal to his team and that is an admirable trait but it is also proving to be a detriment. Any other organization would have given Therrien and his staff their walking papers ages ago and David Desharnais and Alexei Emelin wouldn’t have been given big extensions with ease while Subban’s contract negotiations were difficult and messy. Is the plan to tank it and go for a draft pick? The 2016 NHL draft’s top 10-15 looks really good and it has a little of everything. There are a lot of good forwards even after the top three of Auston Matthews, Jesse Puljujarvi and Patrik Laine.

Other notables include Matthew Tkachuk, Alexander Nylander, Michael McLeod and Julien Gauthier. On defence, Jakob Chychrun, Olli Juolevi and Mikhail Sergachyov are the leading candidates. The Habs need more high ceiling youngsters to add, especially at forward and defence. However, considering Galchenyuk’s well-documented uneven development under Therrien, should he be trusted to develop another high ceiling player for the Habs? His track record of trusting youngsters in Montreal is not particularly encouraging. 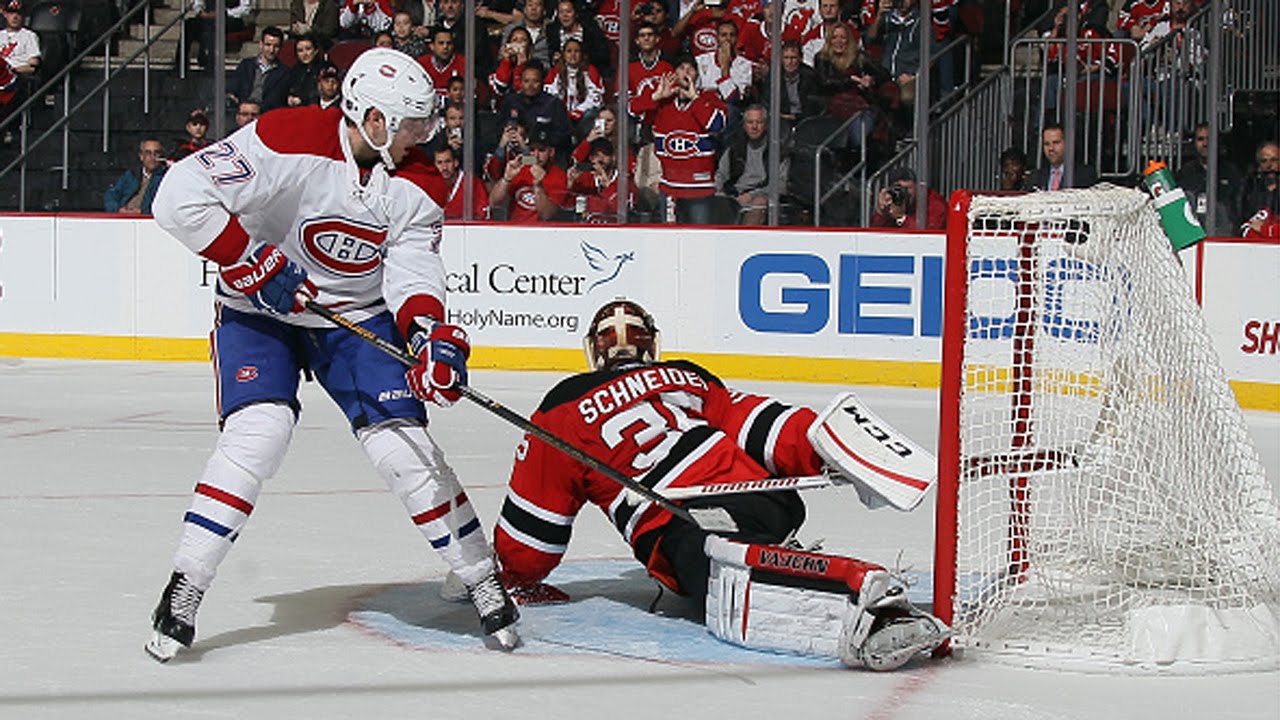 As with anything, much of this season hinges on the health of Price. His return could dictate whether the team is a buyer or seller at the deadline. However, as each loss mounts, the Habs slip further out of the playoff picture as other teams leapfrog them. It is asking too much for Price to save the season for them and it doesn’t change anything. They would be still the same team that can’t win without their goalie. The definition of insanity is doing the same thing over and over and expecting a different result. In Montreal, doing the same thing and not holding anyone accountable is not working. Time for Bergevin to step up and make the right decisions. Even Carey Price can’t save his team from this.