On paper, the series between the Washington Capitals and New York Islanders seems very even. Both teams finished with 101 points, and each won 2 games in the season series. They are 4th (New York) and 6th (Washington) in the league in goals per game. This should definitely be one that goes down to the wire, but here are three keys to focus on. 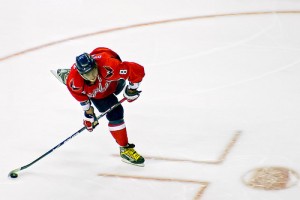 Special teams are going to be huge in this series, and the biggest matchup is the one between Washington’s top-ranked power play and New York’s penalty kill, which is ranked 26th.

Alex Ovechkin is the best man-up player in the sport. His 25 power play goals are the most in the league, and no one else managed to hit 20 this season. In fact, after Joe Pavelski at 19, the next closest is a three-way tie at 14. When given even the slightest bit of space, Ovechkin makes you pay. There’s no stopping Ovechkin, you can only hope to contain him, and with how porous the Islanders penalty killing has been there’s little chance they can contain him. The Islanders need to stay out of the box.

It’s rare that you see the team that relies on scoring first the most and the team that excels most when falling behind meet in the first round of the playoffs, but it’s sure to make for some interesting scenarios. The Islanders are not great at holding leads, but with how pathetic the Capitals have been in recovering from adversity it seems like the Capitals should be nervous no matter what.

By proxy, this stat seemingly points to the quality of leadership on each team. While I’m not going to be one of those guys to bash Ovechkin as a Captain (because he’s great and deserves it), I think it shows the quality of Tavares and the Islanders leadership group. When the going gets tough, the Islanders pick it up. That’s a quality that can easily be attributed to the guys on the bench and in the locker room rallying their team, which leads us to our final point…

The New York Islanders and Washington Capitals have two of the best players in the league wearing C’s on their chests. If goaltenders weren’t able to win the Hart, these two would be easy favorites for it. John Tavares’ 86 points were just one behind Jamie Benn’s 87 point Art Ross season, and Ovechkin was right behind both of them with 53 goals and 81 points of his own.

Alex Ovechkin is having another Hart Trophy-worthy, despite not being anywhere near the offensive production of his younger years. He’s become a more complete player, quieting critics who complained about his work ethic and compete level. Becoming defensively sound and showing accountability in all three zones may have stunted his offense a bit, but being able to pot 50 goals anyway is shocking. Ovechkin bought into the Barry Trotz system, and everyone around him is better for it.

Tavares on the other hand is having his best season as a professional, with career highs in goals (38) and points, while improving in his own end. Tavares never missed a beat with his right-hand-man Okposo sidelined for a significant portion of the season, instead being the catalyst on his line and creating chemistry with whoever he was asked to play with. Tavares makes everyone on his team better, and is the consummate leader. It’s tough to decipher which team has the edge here.