Monday was day one of a long offseason that awaits the Boston Bruins.

For the first time since 2008, the Black and Gold will start their summer earlier than they had planned after postseason elimination was confirmed on Saturday night. A season-ending road trip saw the Bruins lose their final three games and tumble out of the top eight. It was the fitting conclusion to a season that was defined by consistent inconsistency in all areas of the ice.

On Monday, the team was at TD Garden for their annual end-of-season gathering with the Boston media. After compiling quotes from the players, Claude Julien, and Peter Chiarelli, here are a look at three of the notables from Causeway Street.

We will begin with the eye-raising comments from left winger Milan Lucic. It is no secret the 27-year-old forward had a rough go of things this season. What was his rationale behind a subpar year?

“At the start [of this season] I was overly conscious about [playing with an edge] because there was a lot being said about me with how last year ended. It was hard on me at the start…I need to find that physicality, that presence and that force that I’m known to bring. I need to find that again this summer. When I talk about healing mentally, I think that’s the biggest area where I need it.”

Boston’s $6 million man admitted that his psyche was affected from events stemming back to last season. That should be of major concern to Bruins fans. 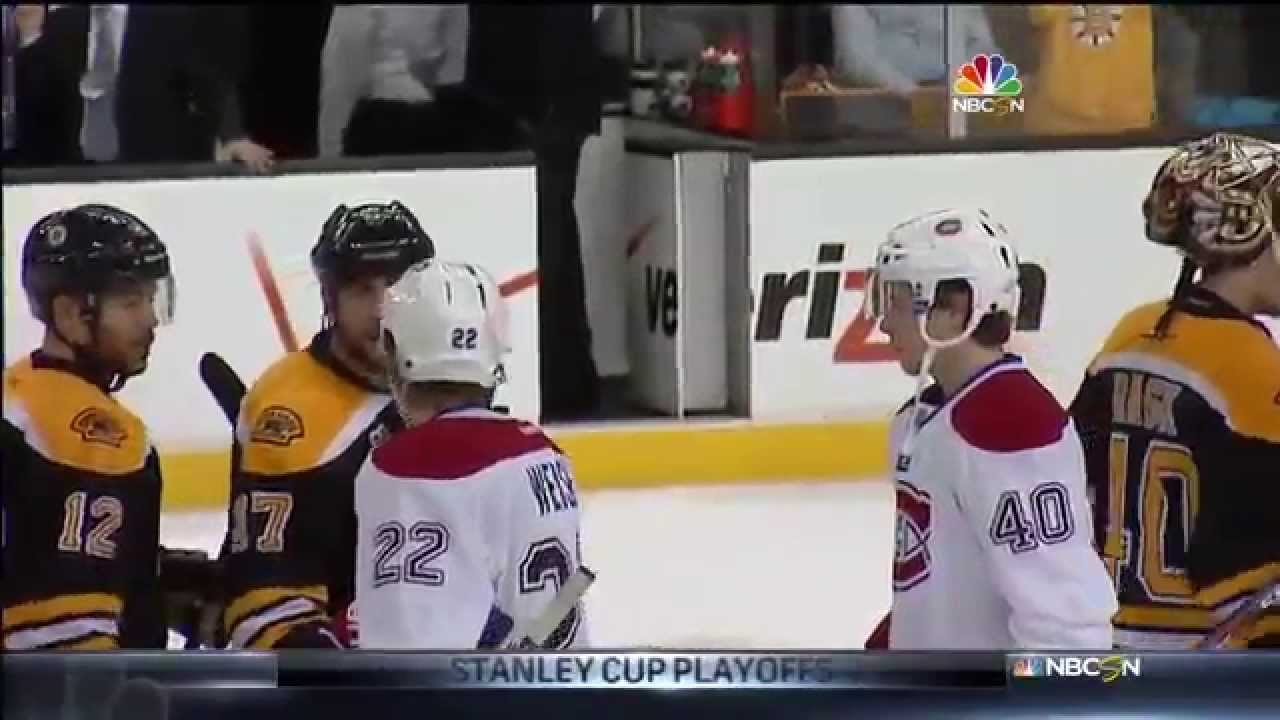 The well publicized phrase uttered by him to Montreal Canadiens pest Dale Wiese in the handshake following Boston’s game seven postseason defeat was a major hit to Lucic’s reputation. Offseason wrist surgery only complicated the problem for the Vancouver native as his physical play was nonexistent for much of the season.

Lucic’s 44 points were good for third on the team, but were the fewest in a full 82-game season for him since 2009-10. Furthermore, the six-foot-three-inch forward went the final five games without recording a point.

Given his below-average on-ice performance this season, Lucic has some serious soul-searching to do in the offseason to right the ship for his contract year.

Speaking of Chiarelli, his press conference alongside Julien was the main event of the day. When asked about his job status and security, the Bruins general manager shrugged off any notions of being fired from his post.

“It’s business as usual for us until we hear otherwise. The job uncertainty, and the questions surrounding us, is just a part of the job.”

It has been a difficult season for the Bruins GM. The preseason trade of fan-favorite Johnny Boychuk for a trio of New York Islanders draft picks left a gaping hole on the blue line that was never sufficiently repaired. Thirty-goal scorer Jarome Iginla went to Colorado via free agency went ignored by Chiarelli while the former Bruin scored a team-high 29 times for the Avalanche.

Poor drafting and questionable contracts have only put Chiarelli in a deeper hole which he may not have the opportunity to dig himself out from. That decision will rest in the hands of Charlie Jacobs who vowed that changes were on the horizon if the Bruins failed to make the playoffs back in January.

Boston captain Zdeno Chara is another figure who had a tough year. The six-foot-nine inch defenseman suffered a tear of the posterior cruciate ligament (PCL) back in October, missing 19 games in the process. On Monday he revealed his PCL was permanently torn and “about 10 percent” is still attached.

Chara made it clear the torn ligament would not affect his play going forward.

“Coming back from a knee injury is always the most difficult to come back from. Now it’s 100 percent…You can be without the PCL, and then it stabilizes after a few months.”

“[The injury] is difficult to deal with, but I will find a way to be [great] again.”

The good news for Chara and the Bruins is that he will have about five months to rehab the knee before training camp commences in September.

The bad news is that he is not getting any younger and has three more years left on his contract with a combined cap hit of nearly $18 million.

A Norris Trophy finalist in 2013-14, Chara took a major step backwards thanks in large part to his injury. Speculation has been ongoing that the Bruins may be in the market to move him this summer but it is hard to fathom any organization willing to take on an aging defenseman with a huge cap number, especially after the news regarding his knee.

Chara has a massive task ahead of him in the offseason if he wants to return to the ranks of the elite in the NHL.

The 2014-15 is officially over for the Bruins on the ice, but many questions remain unanswered as the club shifts to the offseason earlier than they anticipated.